Across the world, countless individuals are working around the clock to end violence against children, including children themselves. These inspiring people are the heart and soul of our movement, often working on the frontlines with limited resources.

As part of the Together to #ENDviolence global campaign, we are celebrating these individuals and the change they are helping to create. Through Q&A-style interviews, you will learn from practitioners, activists, researchers, policymakers, and children about their successes, their challenges, and what they think is needed to end violence for good.

NominateMore about Together to #ENDviolence 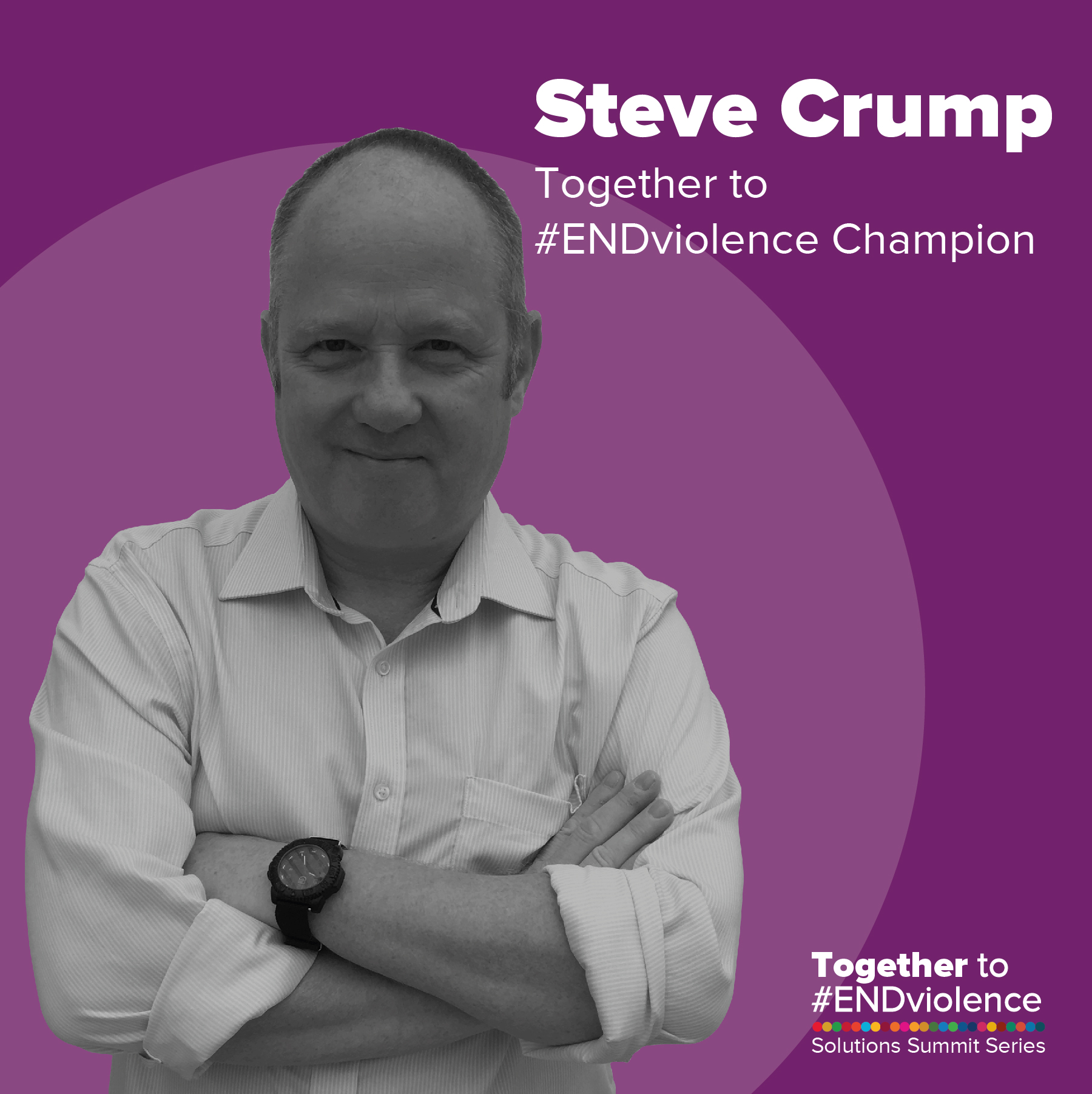 At just 17, Steve Crump lost his hearing. Little by little, he began hearing less and less – until eventually, he was surrounded by silence. Though his reality had changed, he continued pushing his career forward amongst the hearing world. But one day, he was confronting by something startling: D/deaf children were nearly three times more likely to be abused, exploited and violated – and no one was listening.

From that moment on, Crump decided to commit everything he had to protecting deaf children. He founded DeafKidz International to highlight the endemic rates of violence among D/deaf children, working with organisations in South Africa, Jamaica and beyond to combat such violence across the world. Today, DeafKidz is a partner and grantee of the End Violence Partnership, and a recipient of our 2020 Safe Online funding round. Learn more about the challenges D/deaf children face, and how Crump and DeafKidz International are working to end them.

Is parenting the key to ending violence against children?

More than two in three children experience corporal – or violent – discipline at the hands of those meant to love them most: their caregivers. It’s a problem that affects children across the world, and a problem that Dr Cathy Ward, our latest End Violence Champion, has dedicated her life to solving.

As a high school teacher, she picked up on the vast inequities between her students in her home country of South Africa – and quickly, she realized that parenting, violence, and abuse had a huge impact on children’s social and educational well-being. As she pursued a PhD in clinical-community psychology in the United States, she explored these links further. Eventually, Dr Ward collaborated with a group of colleagues to launch Parenting for Lifelong Health, a suite of affordable parenting programmes aimed to prevent violence against children in low- and middle-income countries. 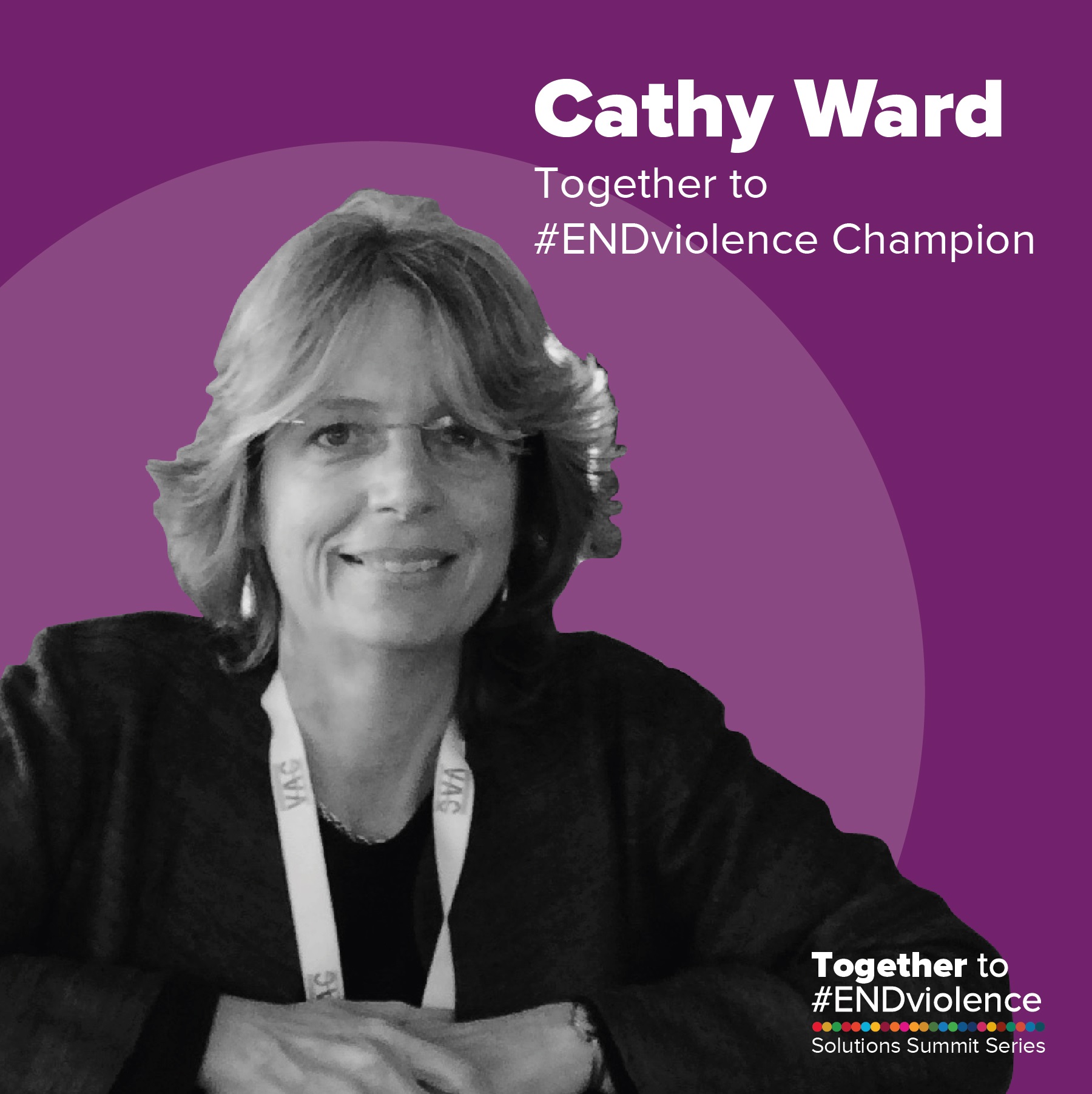 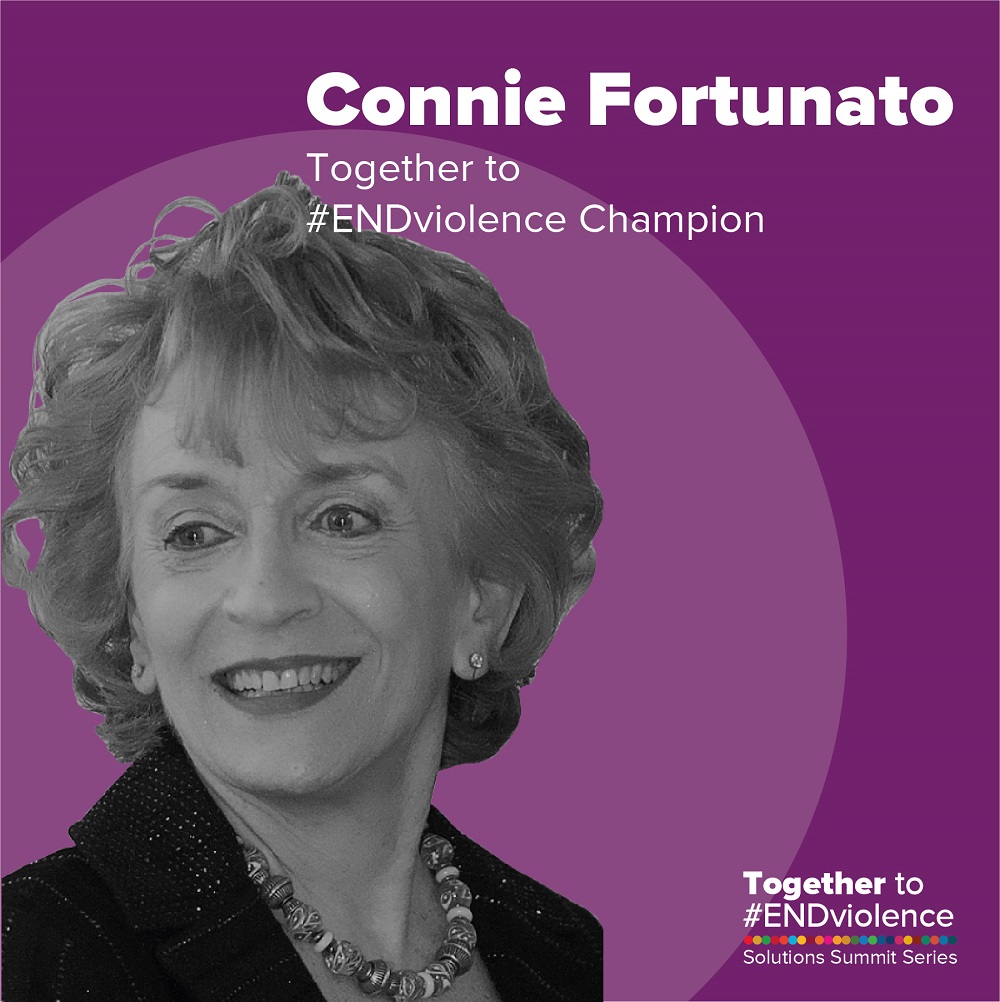 Since the age of 5, Connie Fortunato found a special meaning in music and realized its power. Her dream was to help every child access that power, and help them use music to grow and to heal. Since then, life journey has revolved around music, and she has brought its healing, restorative effects to thousands of children around the world.

For 12 years, Fortunato ran a children's music leadership training institute where she learned and analyzed what helped children develop and grow. Later, inspired by a little boy wanting to sing from an orphanage in Romania, she established Music Camp International. Since 2002, it has created a supportive and protective environment for some of the world’s most vulnerable children. Today, Connie and her team have engaged over 25,000 children in these programmes, primarily in Ukraine and Romania, and have conducted 139 camps in 33 cities.

Speaking up and making change

Since the age of 4, Ericka has put her community first. Hailing from Quezon City, Philippines, Ericka grew up in an informal settlement community – and as a result, witnessed the challenges faced by children around her. First as a participant in educational and recreational programming, and then as an active leader in those initiatives, Ericka became a member of the National Anti-Poverty Commission at the age of 12, committing herself to speaking about children’s rights, challenges and concerns at the national and international levels.

In April, Ericka spoke at an End Violence Partnership event dedicated to ending corporal punishment. Soon after, we spoke to her directly, learning more about her passion for social justice and her belief that children, no matter where they live, should have a place at the decision-making table. 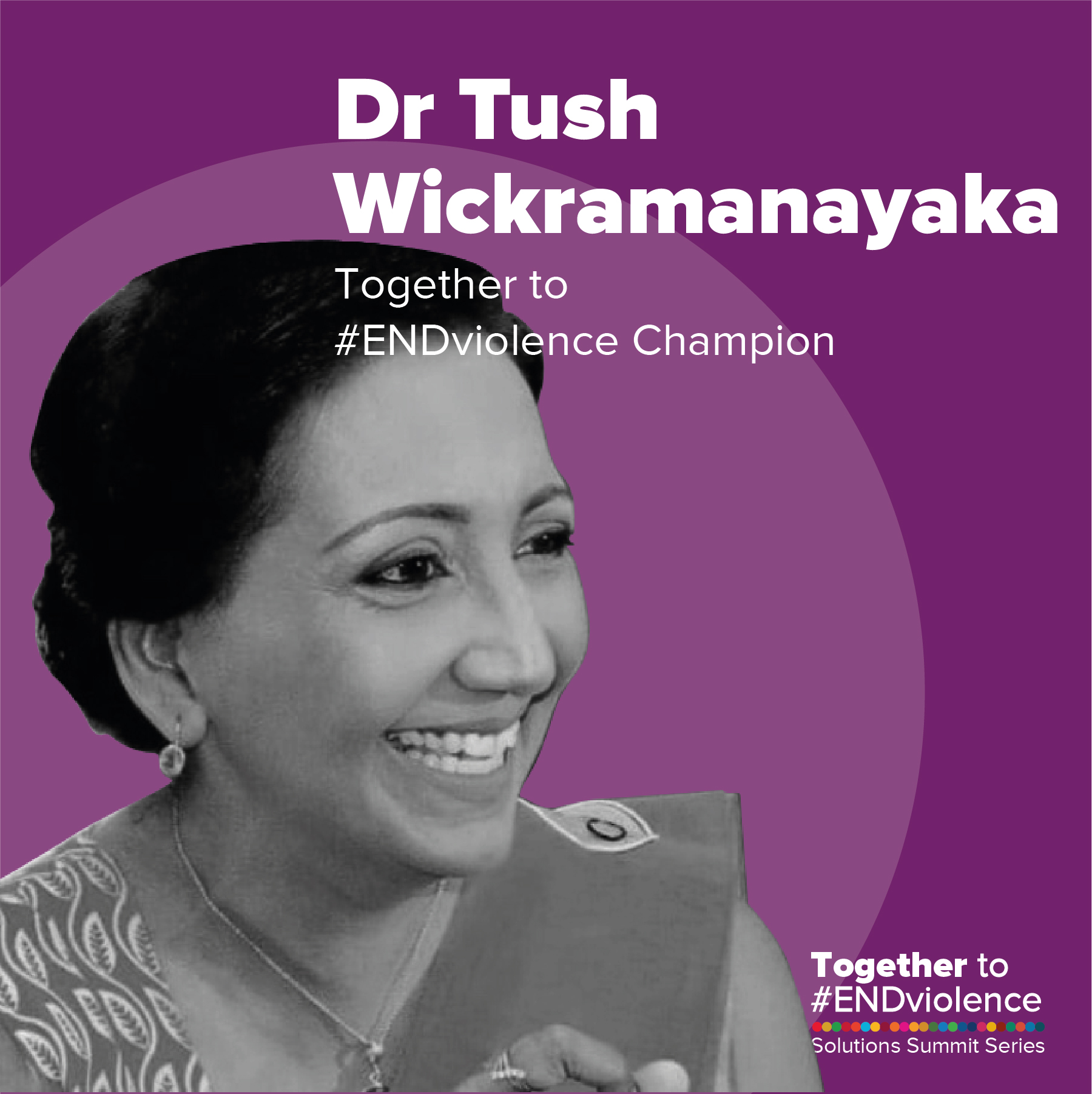 Paving the way for safer schools in Sri Lanka

For years, Dr Tush Wickramanayaka has been a passionate advocate for children’s safety. As a child, she experienced violence within her own classrooms – but only realized the devastating impact of these cultural norms when those experiences were mirrored by her 11-year-old daughter.

After 26 years as a general physician, Dr Wickramanayaka decided to take on a new challenge. She brought the abuse of her daughter to the Sri Lankan Supreme Court, and eventually, the United Nations Human Rights Commission. At the same time, she launched a national campaign to turn the tide on corporal punishment in Sri Lanka: the Stop Child Cruelty Trust.

In the years since, the Trust has grown the movement against corporal punishment across Sri Lanka, engaging not just teachers, parents and government members, but children and young people themselves.

As a child, Brisa De Angulo had big dreams. Her life revolved around doing what she could for her community – but when she was sexually abused at age 15, everything changed. After months of rape, sexual abuse and emotional trauma, De Angulo thought her life was coming to an end. Luckily for the children of Bolivia, however, she received the support she needed to overcome her challenges. Today, she runs Bolivia’s first-ever centre for child survivors of sexual abuse.

De Angulo opened the doors of A Breeze of Hope when she was just 17, and ever since, has helped more than 2,000 children access free legal, social and psychological support after experiencing sexual abuse, along with 8,000 of their non-offending family members. A Breeze of Hope has also changed the country’s response to prosecuting aggressors of child sexual abuse, securing a 95 per cent conviction rate with the clients they bring to court. 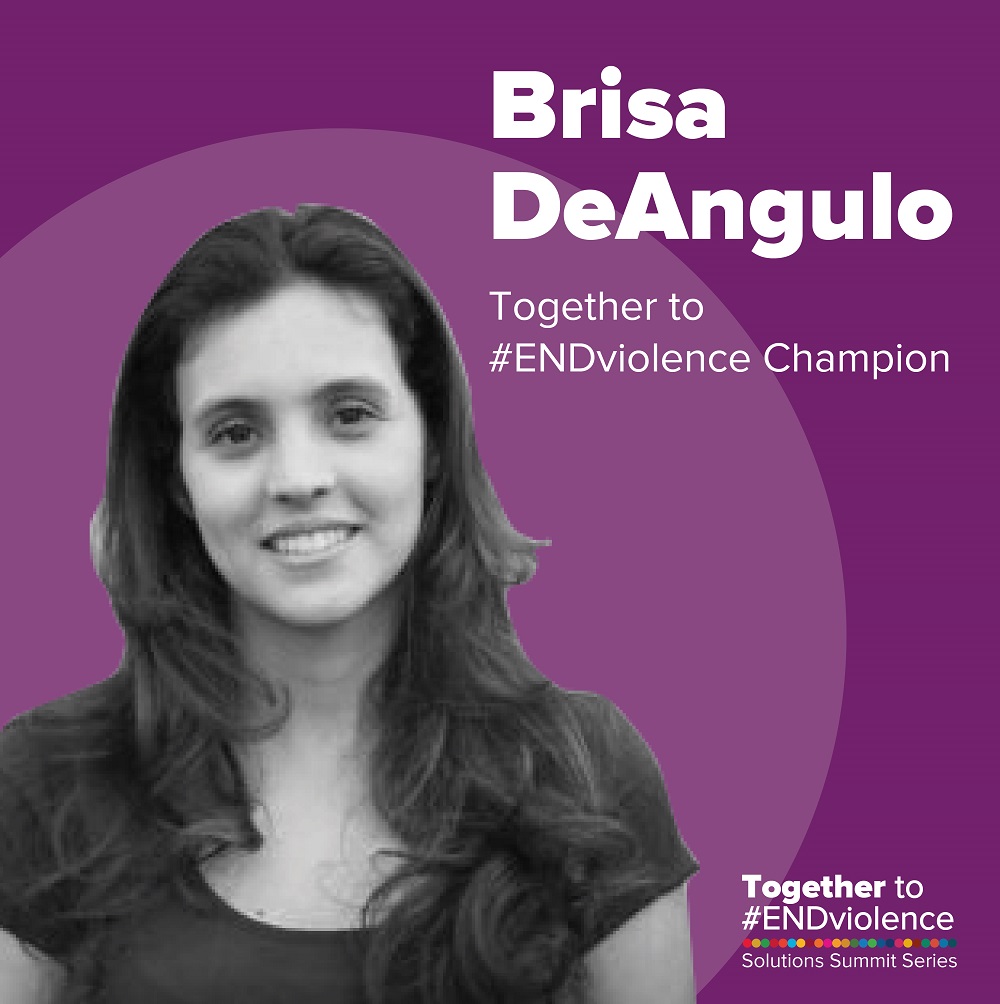 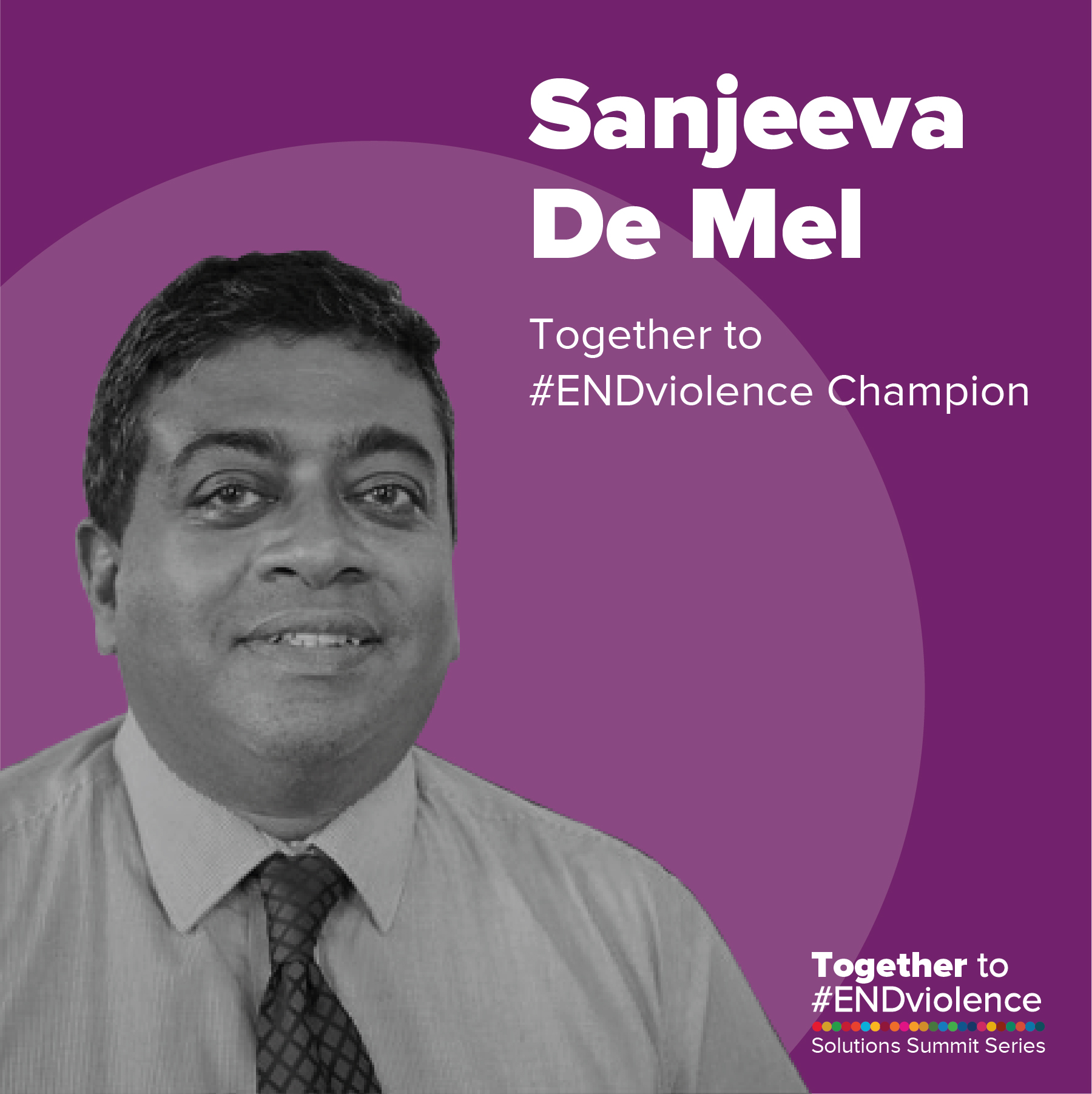 When Sanjeeva de Mel began studying social work, he tried something uncommon in Sri Lanka at that time: working in schools. By the age of 27, he had become the first school-based social worker in the country – and in the decades since, de Mel has left a lasting positive mark on communities, caregivers and children throughout Sri Lanka.

From supporting child sexual abuse cases as a social work student to founding SERVE, a Sri Lankan non-profit organization, de Mel has worked to embed social work and its practices programmes for children, with a particular focus on girls and the most vulnerable. While leading SERVE, de Mel also became the Country Representative of a United Kingdom-based non-profit called Hope for Children. As the fourth End Violence Champion, de Mel shared his experiences in the social work and non-profit field, and explored how to truly end violence against children – once and for all.

A legal champion for children in Nigeria

At the age of 14, Aysha Hamman’s future hung on the precipice of change: if all went according to plan, she would get married instead of continuing her education. Luckily for Hamman, however, her mother refused to let her opportunities be cut short. Having been a child bride herself, Hamman’s mother knew the power of education – and that if given the chance, girls could go on to change the world.

In the years since, Hamman has done exactly that. First as a lawyer within the Nigerian Ministry of Justice, now as the founder of her own non-profit organization, Hamman has helped countless young girls northern Nigeria continue their education, using her legal skills to secure justice for those experiencing sexual assault, gender-based violence and child marriage. As our latest End Violence Champion, Hamman shared her experiences growing up in northeastern Nigeria – and how her background in law has helped her protect girls across the region. 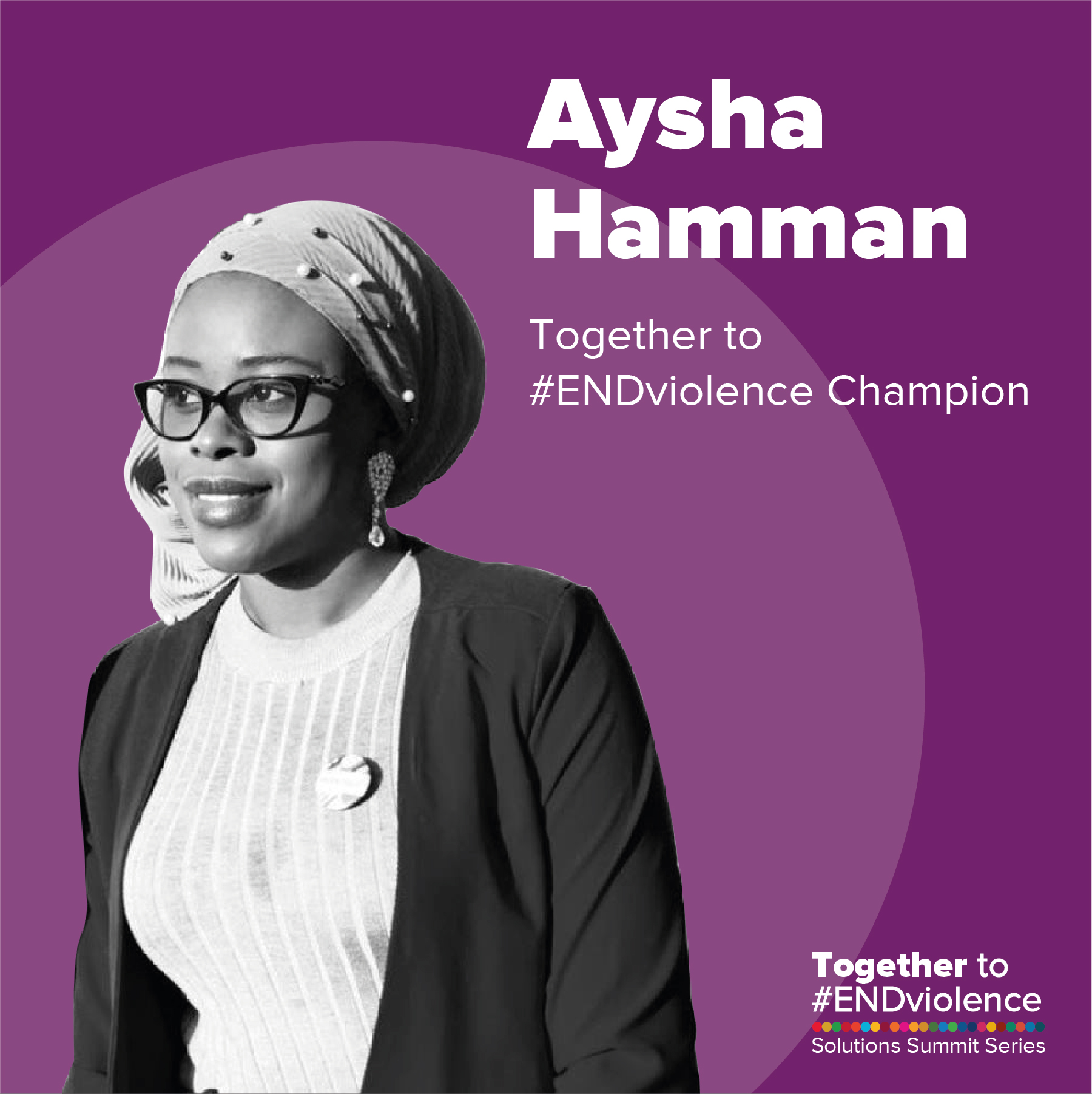 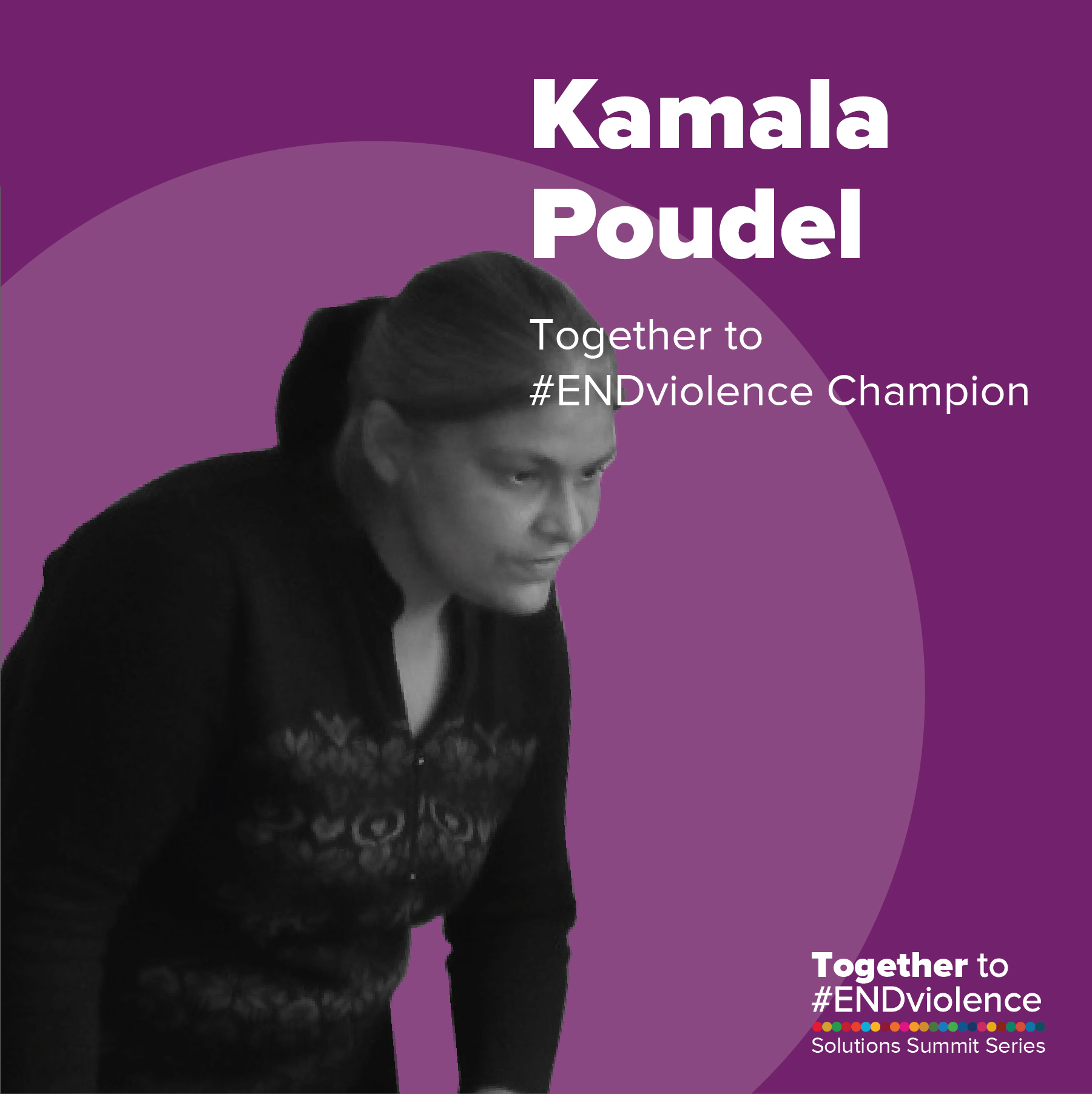 A survivor turned activist in Nepal

At the age of 5, Kamala Poudel lost her childhood. Sold to a trafficking ring by her stepfather, Poudel was forced from her home in Nepal to a brothel in India, joining the 50 other girls and women that are trafficked from Nepal to India every day.

Eventually, Poudel escaped from the brothel and slowly made her way back to Nepal. The journey home wasn’t easy: before she even hit her teenage years, Poudel had to work on the streets – nearly always in exploitative conditions – to get enough food to survive. Her difficult childhood, coupled with years of homelessness, sexual abuse and a 10-year prison sentence, left Poudel with severe mental health issues.

It wasn’t until meeting staff from KOSHISH, a Nepalese non-profit, that Poudel got the support she needed to recover and rebuild. About a year after accessing psychological and medical treatment through KOSHISH, Poudel began working for the organisation herself – and today, she is helping both children and adults through her role as a Program Officer.

An activist and World Vision Youth Leader from Ghana 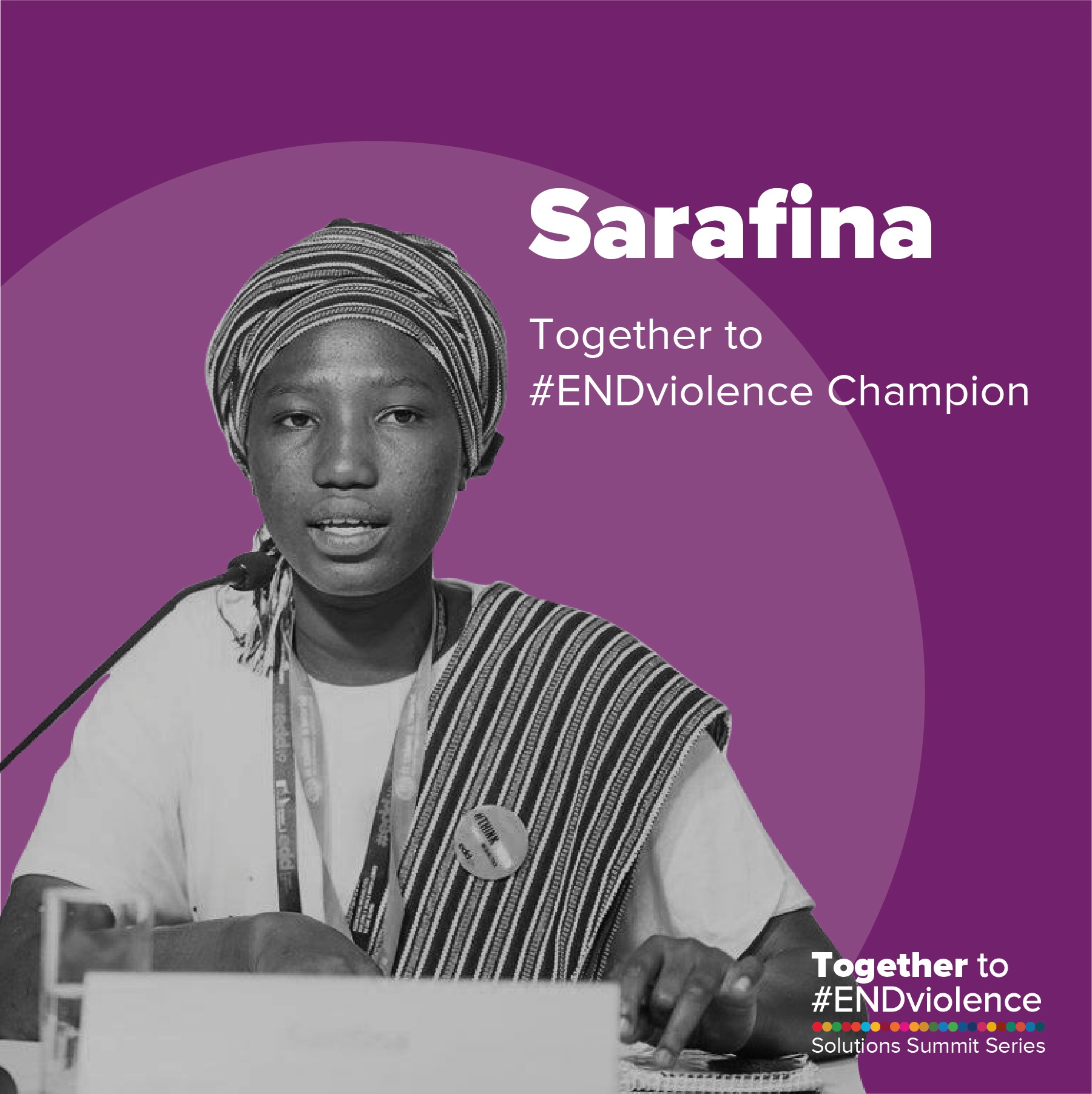 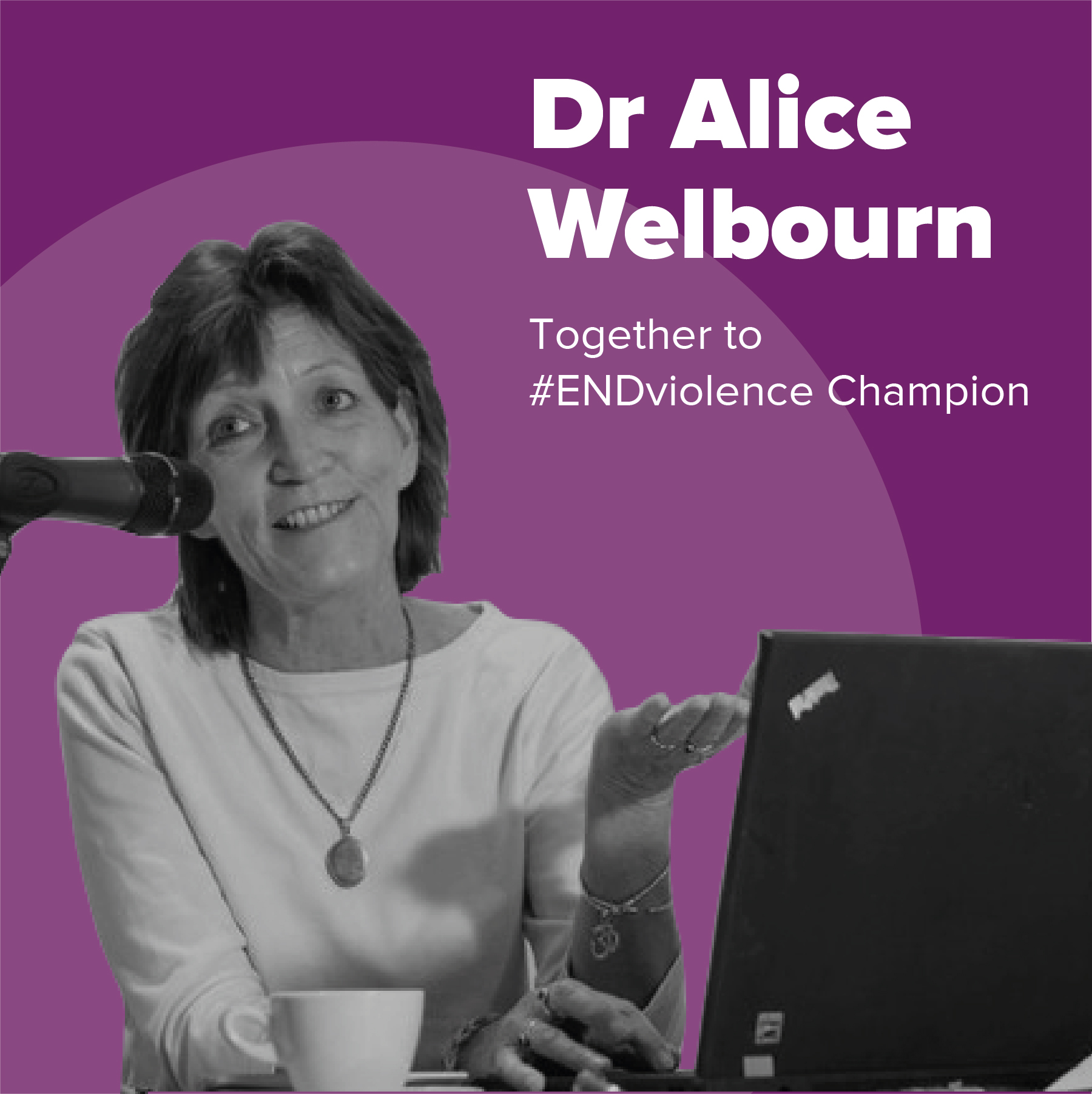 Since its publication in 1995, the Stepping Stones training package has touched children, families and communities in over 100 countries across the globe. The woman at the heart of Stepping Stones is Dr Alice Welbourn, who wrote the training package two years after her own HIV diagnosis. Throughout her career, Welbourn had designed and implemented participatory programmes in communities across East and sub-Saharan Africa – and to help make sense of her own diagnosis, Welbourn decided to do what she does best: create a training package to help others just like her.

In the years since, Welbourn and her team have gone on a journey nearly as expansive as the reach of Stepping Stones itself. The package has been translated into dozens of languages. It has more recently been adapted to fit the priorities of children, particularly among those aged 5-14 years of age. And in 2016 the original version was wholly revised and updated to align it with the huge scientific advances that have taken place since the original publication.

A 23-year-old medical student from the United States 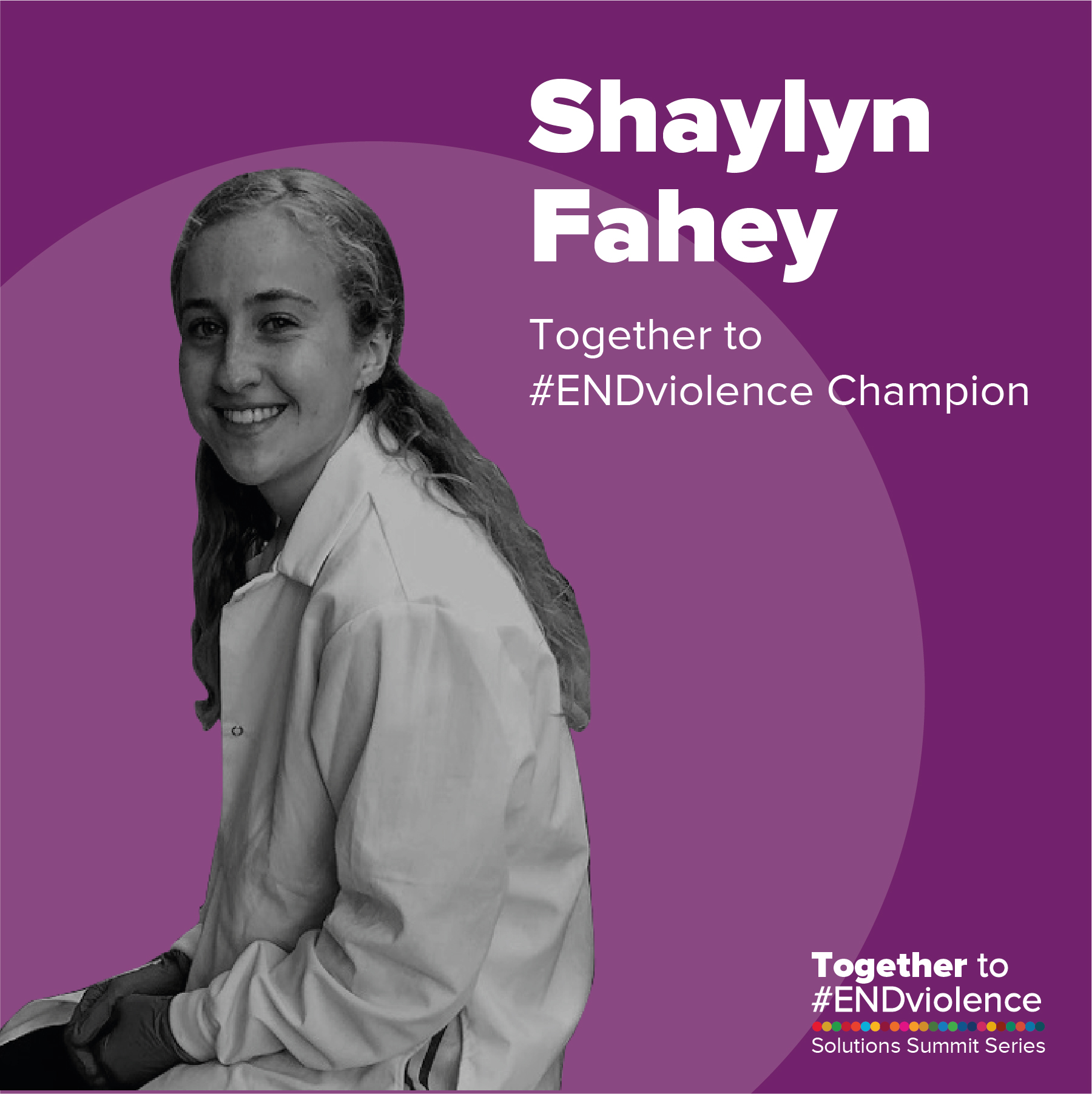 Nominate someone in your community to be featured as an End Violence Champion.
Nominate