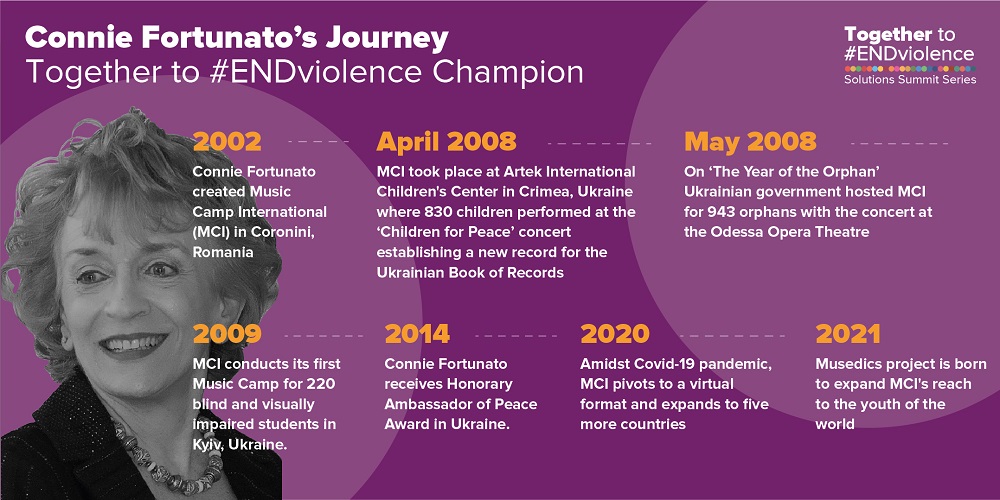 Since the age of 5, Connie Fortunato found special meaning in music and realized its power. Her dream was to help every child access that power and help them use music to grow and heal. Since then, her life journey has revolved around music, and she has brought its healing, restorative effects to thousands of children around the world.

For 12 years, Fortunato ran a children's music leadership training institute where she learned and analyzed what helped children develop and grow. Later, inspired by a little boy wanting to sing from an orphanage in Romania, she established Music Camp International. Since 2002, it has created a supportive and protective environment for some of the world’s most vulnerable children.

Connie and her team have engaged over 25,000 children, primarily in Ukraine and Romania, in these programmes, and have conducted 139 camps in 33 cities. The End Violence Partnership spoke to Connie about her musical journey and the impact Music Camp International has had on preventing and healing violence against children.

Where did you grow up, and how did you come to realize the power of music?

I grew up in Massachusetts in a very musical family. By the time I was five, I was begging my mom to take piano lessons. She ended up being my first teacher, and when I passed the entry-level benchmarks, I started lessons with another piano teacher. She was one of the kindest people I ever met, and she taught me the art of correcting without criticism. She opened up this whole world of taking a mistake and turning it into an opportunity for growth and development and placing it in a positive context. That hugely impacted my life.

In high school, I became involved in choral music; I had a brilliant choir teacher who mentored me and became one of the most influential people in my life. By the 10th grade, my teacher made me the student director for all choral activities.

All of that being said, from a very early age, I began to realize the power of music. It was something I felt inside of me, and it gave me a great deal of confidence. These things influenced me very much, and I still carry an enormous amount of this with me today.

How did you first come up with the idea for Music Camp International?

Graduating with a degree in music, I knew of many professional music camps around the United States. They seemed so powerful but also highly competitive, which made them unreachable for the majority of children. I thought, wouldn’t it be fun to just do a music camp for everybody? And let everyone discover the music inside – not so much to guide them into being a serious musician, but for discovering their own talent and confidence and dignity and self-expression? I wanted children to understand that the seeds for greatness are inside all of us. 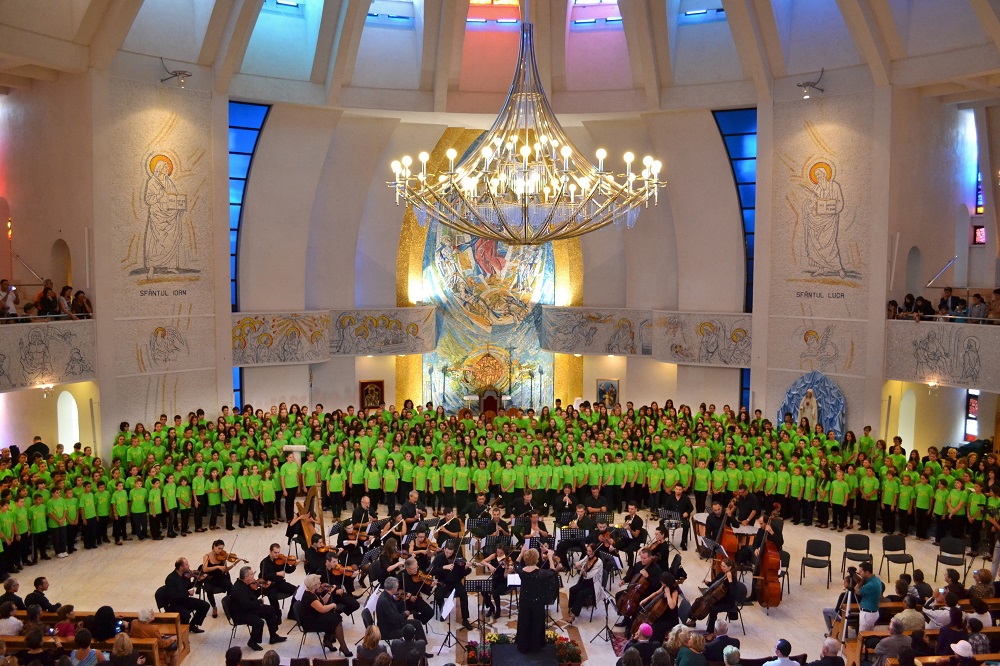 600 children participate in the largest Music Camp in Romania to date — in lasi, Romania. The concert is at the largest catholic cathedral in the country.

So, I went for it – completely as an experiment – and I was blown away. For 12 years, I ran a children's music leadership training institute. It was a combination of the music camp and training seminars, where we learned and analyzed what helped children develop and grow. Ten years later, the alumni themselves started music camps across the country.

In 1992, I saw a television special about Romanian orphans and the brutal treatment they received. I decided the work I was doing could help children like the ones I saw in Romania – through music therapy. I started to expand the music programme, bringing together not only orphans and children who lived in poverty but also children from privileged families. I found something magical: it created this great, universal family, where all the children felt equal. They participated, discovered and learned from each other – it encouraged and began to transform them.

By 2002, I had discovered what the next chapter of my life would look like. That’s when I made the decision to establish Music Camp International and devote my life to it. One of the children who was responsible for bringing this concept to life was a boy I met in Romania. I was building a choir in one of the orphanages and met this boy who wanted to sing. He seemed to have a lot of difficulty and I thought he needed some extra attention. When he wasn’t in school, I tried to do more vocal exercises with him. He was beginning to move his voice up and down; eventually, “up” no longer meant “volume,” it meant pitch. I said to myself: Wow. He’s beginning to get it.

That day, I talked to the director of the orphanage and reported that this boy had begun to find his singing voice. She said, “That's not possible!” and asked if I knew his story. “When he was 7,” she told me, “His father tried to murder him by pouring acid down his throat. He had already murdered his brother and came to murder him, but he ran and ran and ran. When we found him at a children’s hospital in Romania, we asked to take him to the orphanage. The staff at the hospital said, "Don’t do that – he’s going to die." But we said we would take him to Budapest to have surgery to rebuild his throat. When he got out of his surgery, we returned with him to the orphanage and gave him speech therapy to learn to talk. But all he wanted to do was sing.

A year later, that child was with me on a tour in the US and sang on an international telecast accompanied by an orchestra. Since then, we've worked with over 25,000 children, primarily in Ukraine and Romania, and conducted 139 camps in 33 cities. Even 20 years later, there isn’t a concert that we play that doesn’t overwhelm me with the power of music to heal, inspire, and unlock so many areas in the inner-person. It's humbling, inspiring, gratifying; there’s a magic to it that never gets old. Every camp, every child, every concert, it's like the first time.

The COVID pandemic has changed many of the ways we work, but one of the things it has given us is the opportunity to expand into Kenya and India. It basically set us up for growing and going global – that’s the beauty of the virtual world. 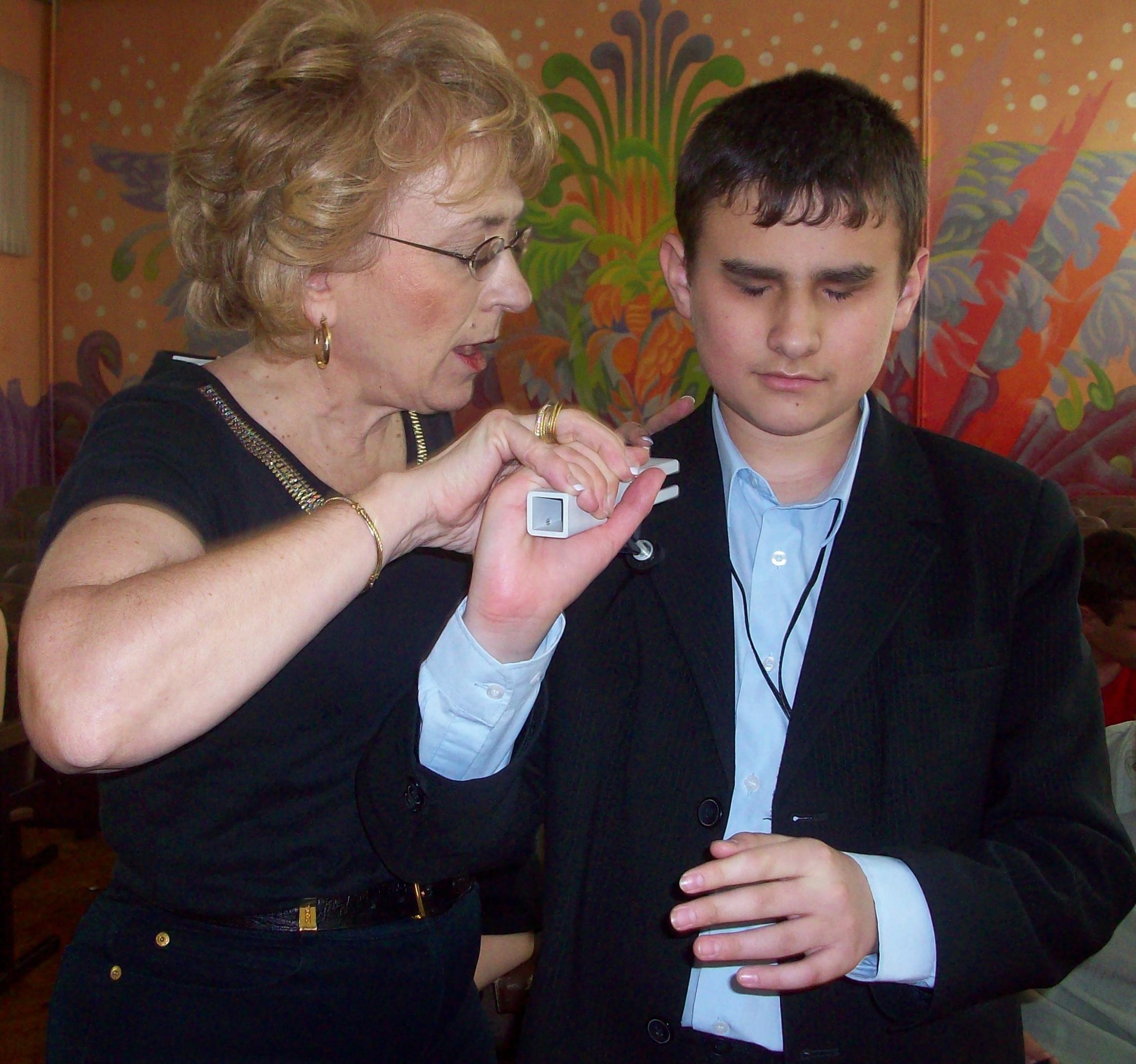 How has Music Camp International grown since then?

It started with two or three camps a year and then the number grew as more cities learned about the initiative. In 2008, I was invited by the First Lady of Ukraine to do a camp for orphans. The concert took place at the opera theatre in Odessa, Ukraine and we had almost 1,000 children participating. It was one of the most powerful experiences of my life.

The following year, they asked if I would consider doing a camp for blind children, to which I agreed. I felt that the environment we created at the music camp could be a supportive, protective atmosphere for some of the world’s most vulnerable children – especially because children with disabilities are almost four times more likely to experience violence than their non-disabled peers.

I started preparing by visiting a school for the blind in California. The school I visited had a huge music programme, multiple choirs, a band, and an orchestra, which is about ten times more than any public school would have. I learned by observing a teacher there who was also blind. When I first walked into the room, he was so aware of my presence that he walked over, stuck out his hand to greet me and introduced me to the students. I left that school feeling like I was the least musical person in the room. I was so inspired – it felt like my brain had expanded just by watching them.

If one gate to our brain is closed, it just means we need to go through another doorway. I began developing and experimenting with that concept. We did two schools for the blind in Kyiv and then replicated the programme in Romania. I found that when eyesight was lost or diminished, the sense of hearing was incredibly enhanced. I learned so much about teaching in a multiple modality approach to strengthen all chambers of the brain in the learning experience. And most of all, I found that these children experienced a new-found confidence and belief in themselves – they were talented, they had dignity, and they had strength! 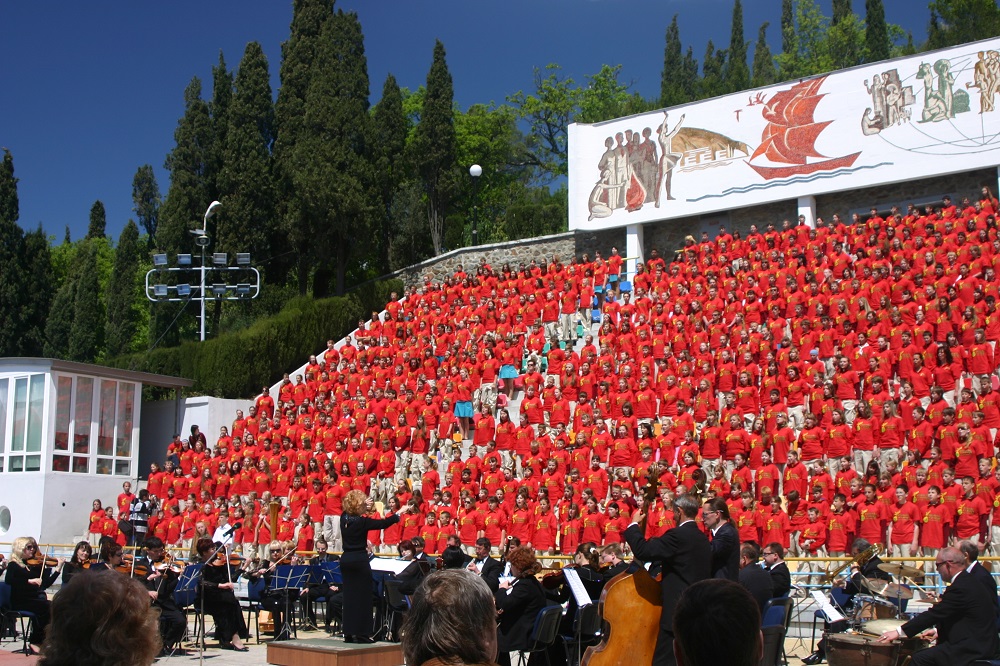 Why do you feel music can be helpful and healing for children?

There is a healing, restorative aspect of music that is neurologically documented. The part I want to look at – the part that is not seen so often – is the proactive preventative side of it. I do believe there are two ways of dealing with violence against children: one is in the healing, remediation and restoration; and the second one is in preventing it. What can we do to prevent the trauma before it happens?

I believe that music brings an incredible dimension to ending violence by working with children on developing these traits so that when the situation happens, they have the self-confidence to stand up and remind themselves. They can say no, I am talented, I am smart, I have my own dreams, I know what I aspire to and I have a support system around me that gives me a safe place. This is what I look forward to developing globally. The music camp community builds safety, confidence and strength in the inner-person, which helps with prevention instead of remediation. I believe that music is one of the strongest and most universal pathways to that goal.

We also ran a survey with children and learned that they feel a part of an international community, even though many have never met each other and are physically continents apart. It's so powerful. I do believe this helps because so many times victims of violence feel vulnerable and lonely. Music Camp International helps address that.

I believe that children who are disadvantaged at birth – whether that’s with health issues, exposure to violence, their economic situation or ethnicity – should not be handicapped in their opportunities. Together with my team, I am passionate about providing such opportunities for them. 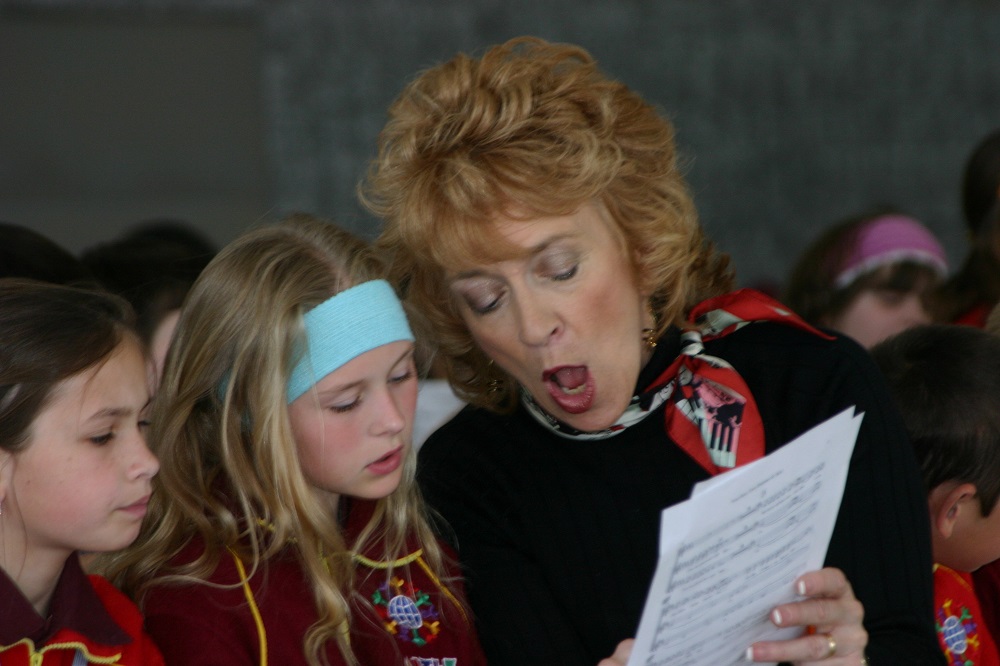 What are your hopes for children experiencing violence around the world?

I want to build a protective system within the child and owned by the child so that they can rise up with strength and courage. I’m not naïve enough to think it will stop all violence, but I think it will help with a huge portion of it. In the process, I want to build a strong, protective fence around children, so they are not so vulnerable. Participation in Music Camp builds a strong protective community and enhances self-protection skills within the fabric of each child.