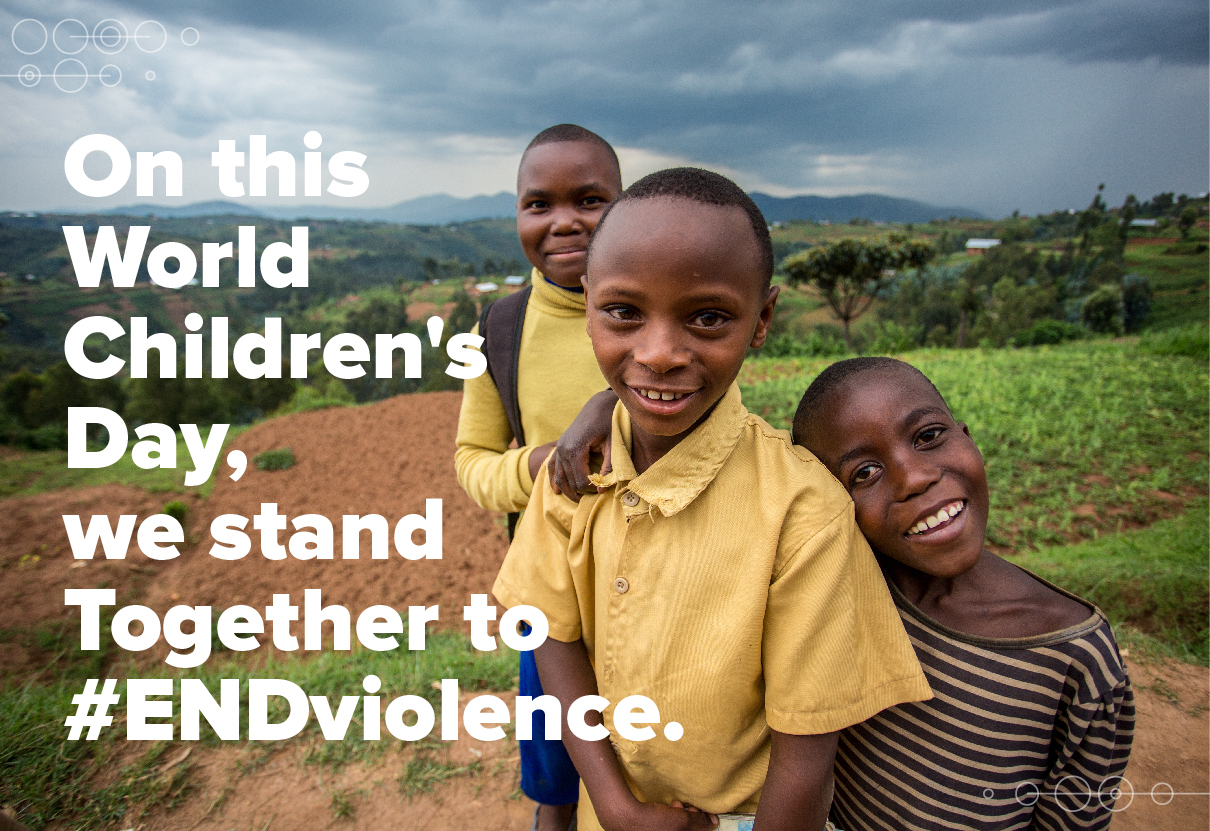 Today is World Children’s Day. For decades, the international community has celebrated this day by highlighting the importance of children’s rights – and the need to work together to ensure every child can live to their full potential. It’s also a chance to recommit to children, and in our case, fight even harder for their protection. After a year like no other, World Children’s Day – and everything it represents – has never been more important.

Since its inception, November 20 has marked monumental achievements. In 1959, the UN General Assembly adopted the Declaration of the Rights of the Child, which stated for the first time that children have rights of their own. In 1989, the Assembly adopted the Convention on the Rights of the Child, which set out those rights and urged countries to uphold them. The CRC soon became the most widely ratified treaty in history.

Today, it’s critical to look at those ambitions and see if we, as an international community, have delivered on them. And in many ways, we have. Though 2020 brought insurmountable challenges, it also brought unprecedented opportunities – and built on decades of progress.

While only five countries had prohibited corporal punishment against children in 1989, today, 60 countries have issued bans of their own. Since 2000, the number of child labourers has decreased by a third – from 246 million to 168 million. And over the last decade, 25 million child marriages were prevented, much of it due to increased gender equity and collaborative, multi-sectoral efforts. All of this progress happened when governments, donors, organisations and the private sector were in lockstep, united in their fight to end violence against children.

An example of progress can be seen in the above video, which documents Jamaica’s experience as a Pathfinding Country.

On top of that, in 2020, we witnessed more significant progress:

Still, we have a long way to go. One in every two children experience violence every year, and though 80% of countries have national action plans to end violence, less than one-fifth of those are fully funded. COVID-19 has also increased children’s risk of violence in every community, and as a result, 85 million more girls and boys have been exposed to physical, sexual and emotional violence. This year, children became more exposed to violence – not just at home, but at school, online and in communities.

On this World Children’s Day, girls, boys and the End Violence community are up against a multitude of challenges – and it is only through collective action that we can overcome them. In spite of COVID-19 and because of it, governments, organisations, corporations and others need to come together for children like never before.

Together to #ENDviolence is here to do just that. A global campaign and Solutions Summit Series, Together to #ENDviolence will inspire the end violence community and catalyse the political and financial commitments needed to end violence against children for good. As partners plan affiliate events and gather more people together, we will catalyse a drumbeat of action – and accelerate progress as the world builds back safer.

As you celebrate World Children’s Day and recommit to fighting for children’s rights, we invite you to play an active role in the Together to #ENDviolence campaign. There are many ways to get involved, including:

Learn more and save the date: