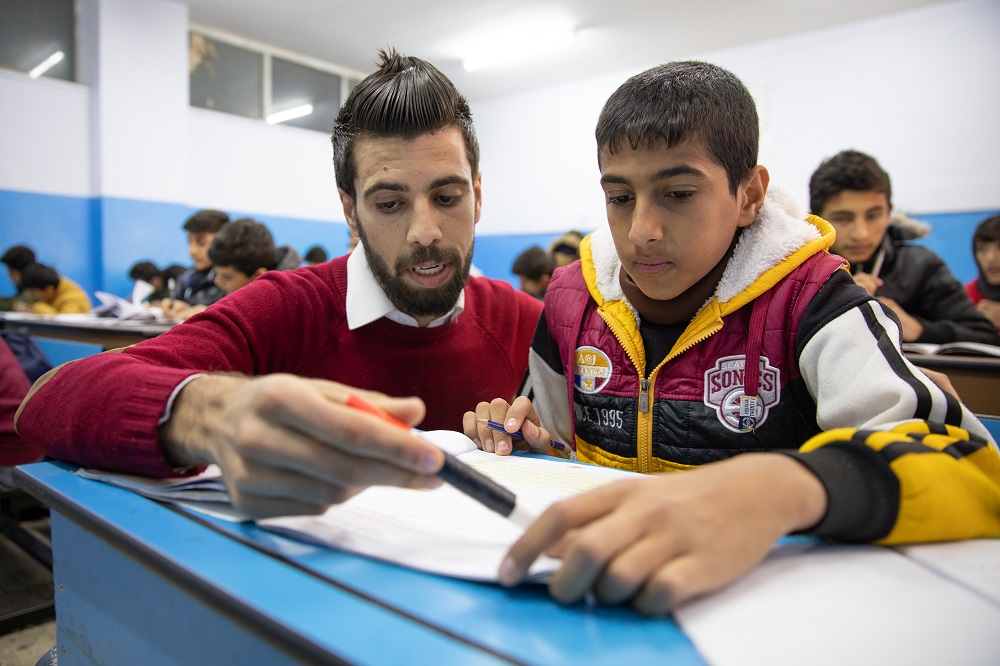 Jordan has become the 15th country to endorse the Safe to Learn Call to Action, a high-level framework that outlines what needs to happen to end violence in and through schools.

“We are really excited to have Jordan on board,” said Emma Green, the Head of Safe to Learn at End Violence. “Jordan has made considerable efforts towards ending violence against children and we warmly welcome this added focus."

Jordan is the second country in the Middle East to endorse the Call to Action, following Lebanon in March 2020. This endorsement builds on years of commitment to ensuring children are protected from violence in schools: in 1981, for example, Jordan’s Ministry of Education banned corporal punishment in schools. Even so, violence against children still remains a problem in schools and other institutions across the country.

“As in many countries, our schools continue to confront various forms of violence including corporal punishment, sexual exploitation and abuse, bullying and online violence,” said Dr Tayseer Al Noaimi, the Jordanian Minister of Education.

To address such challenges, the government, together with various organisations and others, continues to demonstrate its resolve to reduce violence against children in schools. The government, in collaboration with UNICEF and others, implemented a national safe schools programme, which has shown significant evidence of a decrease in school violence from 2009 to 2019:

Jordan continues to stride forward and is working towards decreasing these numbers even further to ensure all children are safe to learn, grow and thrive.

Endorsing the Call to Action

Endorsing the Call to Action demonstrates that a country is, at a senior political level, supporting the end of violence in and through schools, making them safe spaces for children and young people to learn, thrive and grow. Informed by the INSPIRE Seven Strategies, the five-point Call to Action urges governments to:

“We look forward to future collaborations with the Ministry of Education, and support Jordan's commitment to end violence in and through schools by endorsing the Safe to Learn Call to Action,” said Green. “A special thanks to UNICEF Jordan Country Office and other colleagues who have supported this effort.”

MORE ABOUT SAFE TO LEARN

Safe to Learn brings together partners from the education, child protection and violence-prevention communities, who are leveraging each other’s strengths, expertise, networks, and resources – to make schools safer.

To date, 15 countries have endorsed Safe to Learn’s Call to Action, which sets out in high-level terms what needs to happen to end violence in schools; recognising a range of contexts and highlights some key actions to tackle school violence. Our shared vision is to work with governments, civil society organisations, communities, teachers and children themselves to end the violence that undermines education and make sure every child — especially the most marginalised — is Safe to Learn.

Learn more about Safe to Learn.

Pictured above: A child learns at a school in Jordan. Photo by Jordi Matas for UNICEF.