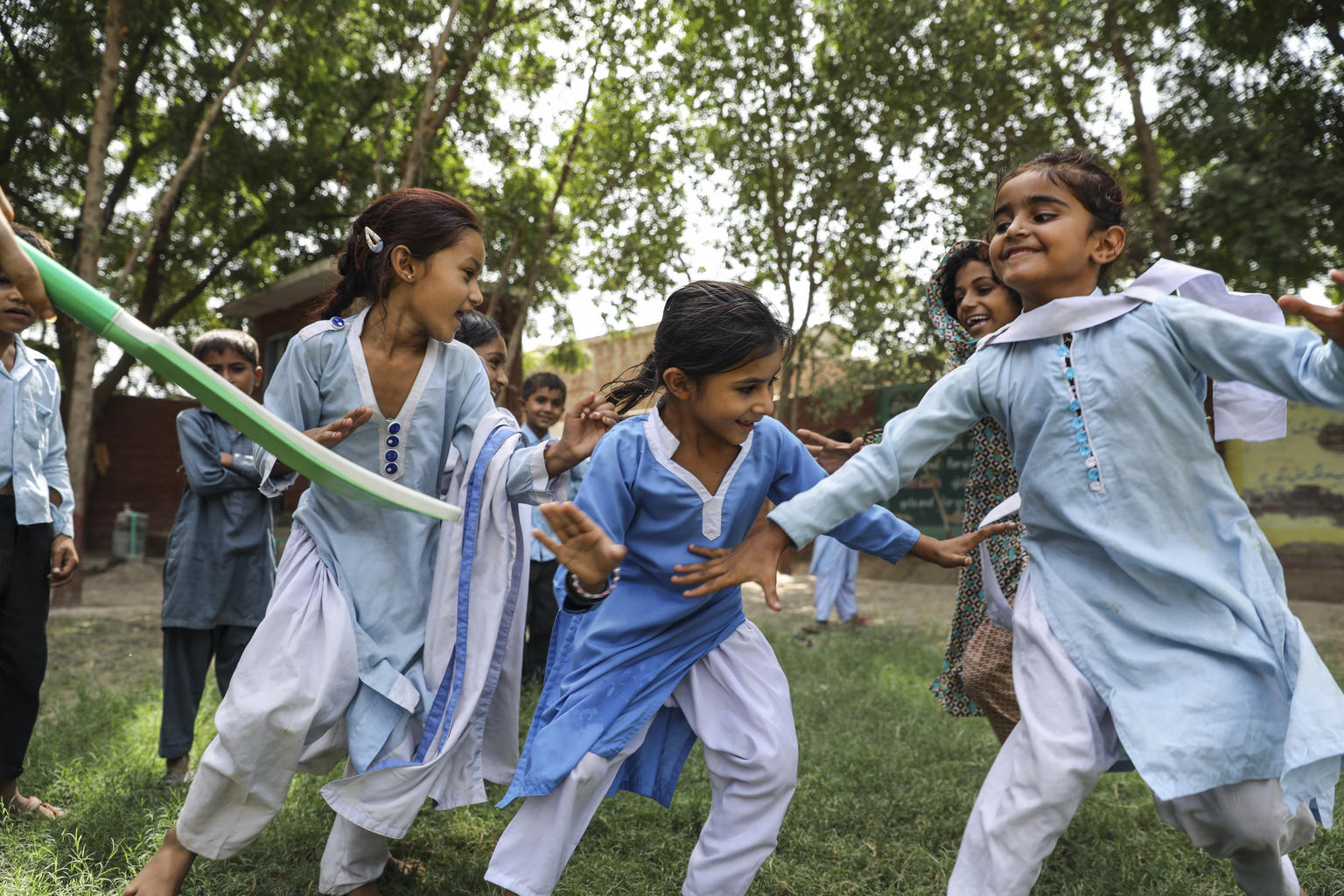 Corporal Punishment is the most common form of violence against children, often occurring at the hands of those whom children trust the most - their caregivers. Around 4 in 5 of all children aged 2-14 years worldwide are subjected to violent forms of discipline in their own homes.

Corporal punishment affects children regardless of their age, gender, race or social background and occurs in all settings - in schools, at home and in their communities. Despite its widespread prevalence, only 14 percent of children around the world are fully protected by law.

We need change - in laws, policies, mindset, and pace of action.

The International Day to #EndCorporalPunishment on 30 April was an important moment to advocate to protect children from violent forms of punishment. On the day and beyond, we are continuing to call for urgent action to keep children safe from violence and improve the societies they live in. All governments must take steps to legally to prohibit and eliminate corporal punishment without delay. Organisations and individuals across all contexts and sectors must amplify the call to #EndCorporalPunishment. And we must make sure that children’s voices are heard and their right to equal protection from violence respected.

The cost of corporal punishment

Violent punishmentof children comes with a heavy cost to them, their futures and to society.

Corporal punishment violates children’s rights - respect for their human dignity and physical integrity, as well as their rights to health, development, education and freedom from torture and other cruel, inhuman or degrading treatment or punishment.

And it brings no benefits.

The End Violence Partnership brought together more than 300 studies over 50 years involving hundreds of thousands of children. Decades of research has found no positive impacts of violent punishment and revealed a concerning range of negative outcomes. And these negative impacts can be long term, sometimes affecting children for the rest of their lives.

The findings show that not only is corporal punishment a threat to physical health - causing injures and impairing development - it also seriously impacts mental health. It causes cognitive and behavioral problems, aggression and depression. In the long term, it can cause children to leave school, abandon learning, and become more violent, with an increased risk of substance abuse and antisocial behaviour. This can affect them into adulthood, and contribute to cycles of intergenerational violence, making society as a whole more unsafe and violent.

Despite these known concerns, the widespread social acceptance of corporal punishment means that a level of violence towards children is normalised. This entrenches children’s low status in society. A shift is needed to change practices and spread the message that hitting a child is never okay. National legal action, which formally prohibits corporal punishment by law, is key in bringing about this change.

This March, the ban takes effect in Wales, making it the second nation in the United Kingdom to prohibit violent punishment.

These achievements are part of accelerated global progress towards universal prohibition. Over the last 40 years, the number of countries banning corporal punishment has gone from one to 63. 25 of these bans took place just in the last six years. Prohibition in various individual settings such as education and inside homes also continues to grow. This progress is coming from countries from all regions, income, religion and cultural contexts.

There is evidence that when law reform is well implemented it reduces the acceptance and use of violent punishment across society. We must harness the growing momentum to end corporal punishment to move towards universal prohibition, so that each child, in each country, is safe from violent punishment.

Action from around the world

On and around International Day to #EndCorporalPunishment on 30 April, action and advocacy mobilised around the world:

among more across countries and levels.

The research shows that we know what works and the progress shows that it is possible. We have the evidence and the best practices. We need to propel this into global action.

We have eight years to achieve the goals set out in Agenda 2030, which specifically call on all governments to end violence against children. With 86 percent of the worlds children still not protected from corporal punishment by law, the time to act is now.

To make change happen, the Global Partnership to End Violence Against Children is advocating for comprehensive law reform to prohibit corporal punishment in all settings of children’s lives across all countries. We are raising awareness, monitoring law and supporting action throughout the world. Take action now with our evidenced-based resources and initiatives:

On and beyond the International Day to #EndCorporalPunishment, the End Violence partnership is advocating for global change. We are amplifying the call for the non-violent childhoods and safety of children in all settings. Join us in the movement to make violent discipline of children a thing of the past.

Access our advocacy kit and help spread the word!