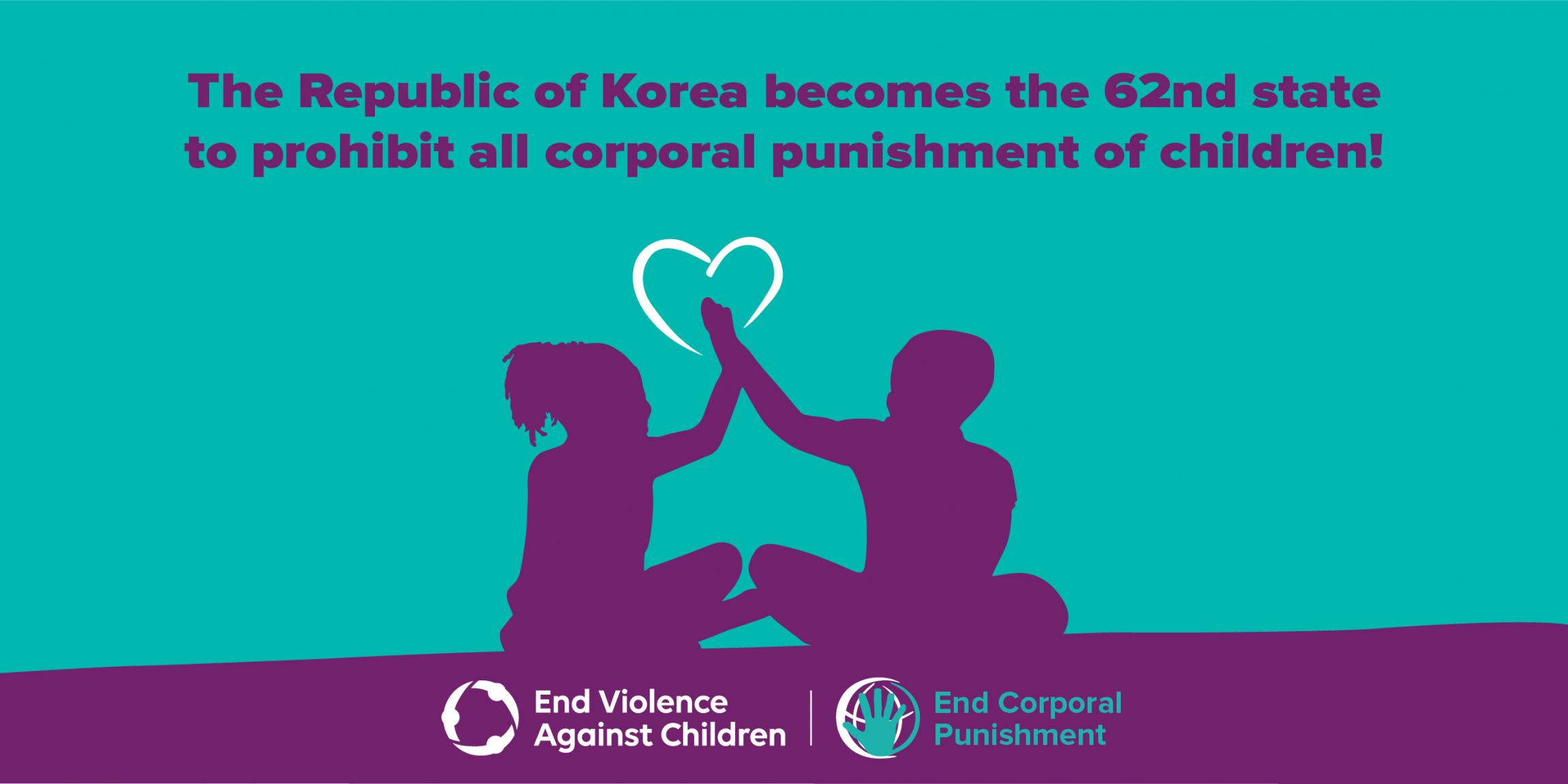 The Republic of Korea has become the 62nd country to prohibit corporal punishment against children, and the fourth in the Asia Pacific region. With a child population of nine million, the Republic of Korea’s prohibition means 300 million children worldwide are now fully protected from violent punishment by law.

“Congratulations to the government of the Republic of Korea on its prohibition of corporal punishment against children – and to all of the organisations, institutions and partners who contributed to this important milestone for children,” said Dr Howard Taylor, the Executive Director of the End Violence Partnership. “In a world where more than two in three children experience violent discipline at the hands of their caregivers, this is not just a critically important step for children in Korea, it’s also a good example to other countries around the world who have yet to take this important step to protect children.”

This prohibition came into effect with the amendment of Civil Act 1958 (Act. No 17095) and the repeal of Article 915, which gave adults “the right to take disciplinary action” against children. With this repeal and revision, there is no longer a legal provision that can authorize the use of corporal punishment. 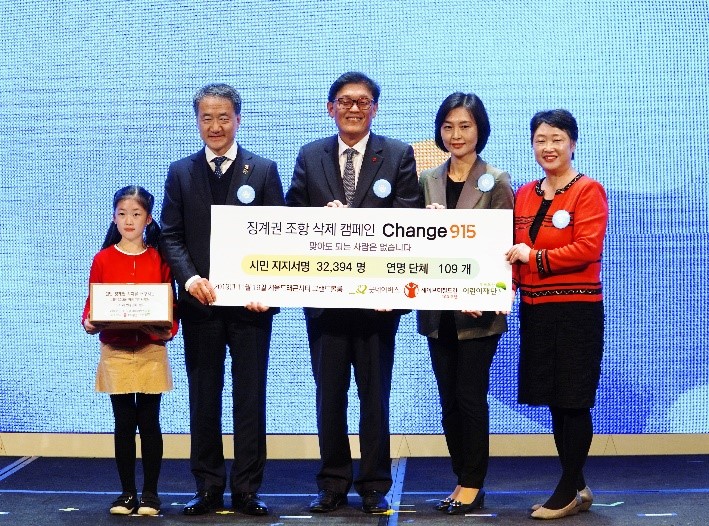 A petition against corporal punishment is presented on the World Day of the Prevention of Child Abuse.

“A ban on the corporal punishment of children by their parents is the most fundamental stipulation in preventing child abuse,” said the Government of the Republic of Korea while announcing the amendment of the Civil Act. “The passage of the legislative amendment through the National Assembly is expected to provide an opportunity to fundamentally improve the social awareness towards the corporal punishment of children and child abuse.”

This law reform was a result of a collaboration between the government and child rights partners. Save the Children Korea spearheaded a campaign to prohibit corporal punishment in May of 2019 – and in January of 2021, the government announced that a promotion campaign to raise awareness of violent discipline had been included in the country’s Complements of Child Abuse Preventative System.

“We warmly welcome the amendment of the Civil Act and the early measures taken by the Government to support the implementation of prohibition,” said Dr Sonia Vohito, Legal Policy Specialist at the End Violence Partnership. “Still, huge numbers of children around the world are waiting for the realisation of their basic human right to protection from violent punishment, and we call on all remaining governments to enact prohibition without delay.”