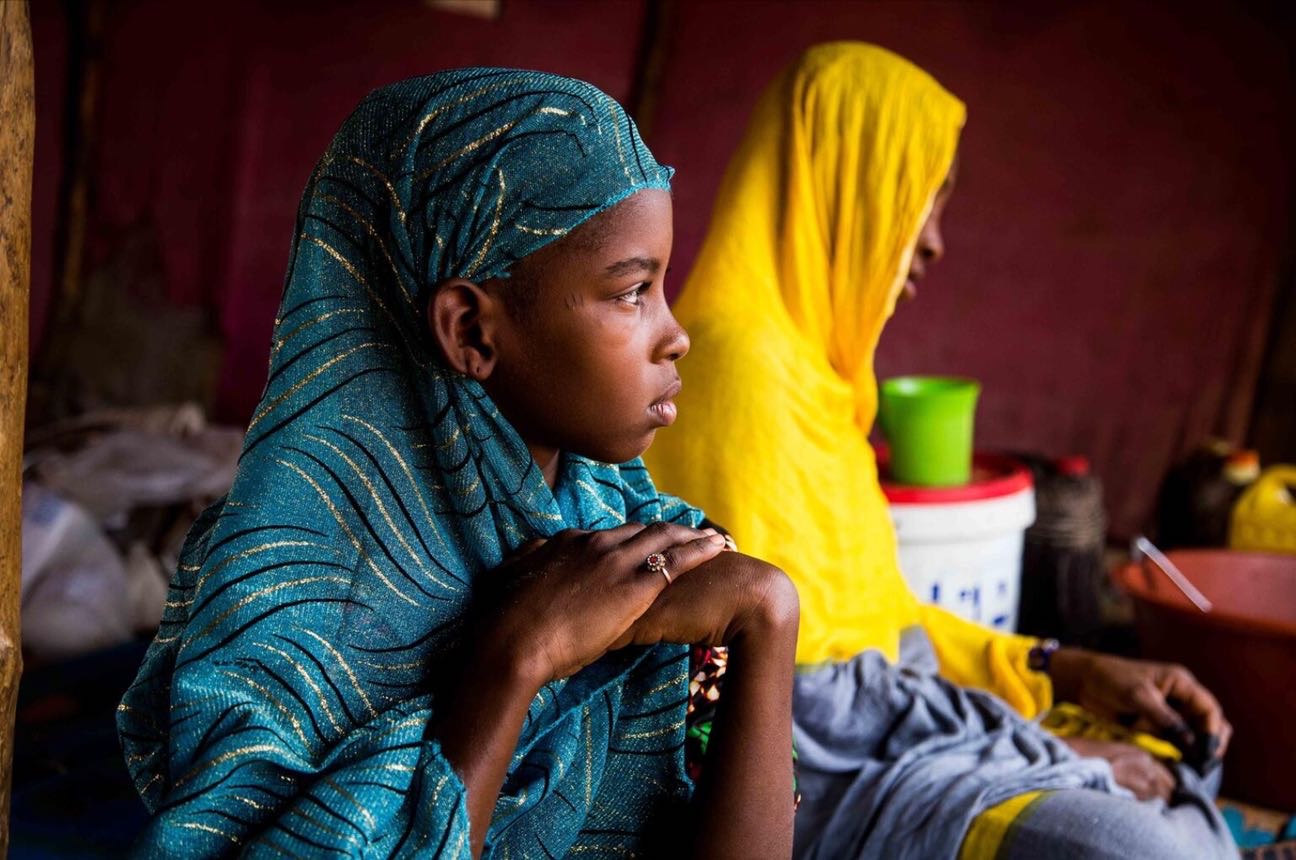 Every year, 12 million girls – that’s one in five girls around the world – get married before adulthood. While years of efforts had led to a decline in the practice, it is now at great risk of rising.

Child marriages are driven by a range of intersecting reasons, from gender inequality and societal norms to poverty, displacement, conflict and lack of education. The COVID-19 pandemic, conflict, and its impacts are threatening to put millions of additional girls at risk.

Over and above these, the impacts of climate change are on the rise, accelerating the drivers of child marriage and making a dire situation worse.

The cause: how climate change is driving child marriages

Climate change and other environmental crises are creating contexts that are putting many children across the world at greater risk of child marriage. Research and evidence from global organisations such as UNFPA have established the links between the two:

Many areas with the highest rates of child marriage are also those facing the greatest effects of climate change and related environmental crises. The practice tends to be common among those with the lowest access to resources and lower income, particularly in rural areas where people depend on the local environment for their livelihoods.

Natural disasters and unsustainable practices have led to a loss of resources. For some families affected by this, child marriages are a way to reduce pressure on limited resources, or even earn income or resources through social practices such as ‘bride price’ paid to girls’ families or ‘dowry’ paid to boys’.

This is particularly the case for rural populations that are most dependent on the environment for their livelihoods. Studies have established links between contexts such as droughts and flooding and increased child marriages.

Rises in conflict are common in the aftermath of environmental crises. These drive up the instances and threats of violence against children, including putting families in positions where they might resort to child marriages.

Research has established that the longer girls stay in school, the lower chances of child marriage. But loss of education due to the factors listed above is another consequence that is putting children, particularly girls, at higher risk of being married off in childhood.

Children who marry before adulthood are at increased risks of various forms of violence. Due to gender inequality and norms, girls are being disproportionately impacted.

In some cases, the stigma of having sex or early pregnancy due to sexual exploitation can even lead to child marriage. 90% of births to adolescents take place within the context of marriage, and complications arising from pregnancy and childbirth are among the leading causes of death in girls aged 15-19.

In many countries, especially in Africa which has the highest instance of Female Gential Mutilation (FGM) cases, girls married off in childhood are much more likely to face FGM.

The trauma child marriage and its associated violence take a toll on the physical and mental health of children, who show higher rates of depression, femicide, suicude and illness such as HIV.

Due to loss of liberty and violation of rights, child marriage in itself is a form of gender-based violence, as is recognised as such in international law.

The solutions: accelerated action in policies and in communities

Growing body of research made available for decision makers, such as UNFPA’s evidence brief on environmental crises and child marriage is an important step for action. Such knowledge, along with expert driven policy solutions such as the End Violence Partnership’s key messages brief and policy proposal to protect children from violence in humanitarian settings which calls on governments and donors to prioritise child protection in humanitarian response plans and ensure funding to meet the needs of children in crisis  – in environmental disasters and beyond, help prompt action by leaders to make sure that all children are safe from the threat of violence.

Alongside legislative and structural shifts, powerful action and advocacy from and within communities is critical in ushering change. As Together to #ENDviolence champions – inspiring individuals working across the world to end violence against children – people such as Ayesha Hammam are working to transform mindsets of communities and bring out legal change to end child marriage.

And children too are speaking up themselves. Children and youth leaders spoke up at the Together to #ENDviolence Spotlight Session at the 2022 Global Forum for Children and Youth, and brought out the perspectives, impact, and calls to actions of children making a difference across communities. From Uganda and Kenya to Yemen and India, they highlighted the wide range of issues that networks of children are working to address, including child sexual abuse, child marriage, and violence in conflict settings.

Together with children and advocates, the end violence community must continue to work collaboratively across countries and settings to accelerate such knowledge and action needed to ensure the rights and safety of children everywhere.