“I told my boss I would think about it,” Nyangoya said. “But as soon as I got home, I turned on the television. Ebola was everywhere. I saw the faces of children who had lost their parents and heard a story of children found in a house, alone, after six days. It melted my heart. I knew that because I could help, I had to go.”

It wasn’t the first time Nyangoya had put her life on the line for others. In fact, Nyangoya has spent her career on the frontlines of disaster, conflict and crisis, using her expertise in social work to support children in the most unthinkable circumstances. Today, on World Humanitarian Day, End Violence joins the global community in honouring female aid workers like Nyangoya across the globe.

After completing degrees in Kenya, her home country, and the United Kingdom, where she began her career, Nyangoya helped refugee and migrant children settle into their new homes. As a social worker, she provided them with the support they – and their families – needed to rebuild their lives in a foreign place.

A few years later, Nyangoya shifted gears. She relocated to India with Save the Children as part of the agency’s natural disaster response in Bihar. From then on, Nyangoya hopped from crises in Afghanistan, South Sudan, Kenya, Sierra Leone and the Democratic Republic of Congo with Save the Children, leading child protection projects in areas fractured by conflict.

“As a woman, I’ve accepted the serious risks I might encounter when entering some of the places I’ve been to,” Nyangoya said. “The rewards I received from these experiences, though, both personally and professionally, have been enormous. Each time I finish a project, I come out of them even more charged, passionate and ready to make change in the next place.”

In 2012, Nyangoya became a Child Protection Specialist with UNICEF. Immediately, she joined the agency’s child protection emergency roster, along with the immediate response team. She was then deployed to Lebanon, Sierra Leone and Nepal, helping children secure safety after conflict, disease outbreak and natural disaster. Nyangoya has since helped children in Iraq, northeast Nigeria, Syria, Somalia and Bangladesh.

“We all know that in the context of humanitarian crises, the people who are always affected most are women and children,” Nyangoya said. “In contexts like Somalia, where gender-based violence already exists in schools, homes and communities, humanitarian situations make children’s lives even more difficult to bear.”

Nyangoya attended a training held by the Global Partnership to End Violence Against Children to strengthen her work in Somalia, where she was on mission with UNICEF. At the training, aid workers were taught to integrate INSPIRE: Seven Strategies for Ending Violence Against Children inside their existing programming, and duplicate evidence-based solutions within their varying country contexts. These strategies, which were developed by 10 agencies with an extensive history of child protection work, are continuing to help aid workers like Nyangoya address child protection issues in varying humanitarian settings. Such strategies are vital, especially when considering the complex, intense, and often overwhelming settings in which aid workers operate.

These situations are even more complex for women – the focus of this year’s World Humanitarian Day.

“I have always had the desire and drive to be part of a workforce that brings change and supports the most marginalised,” Nyangoya said. “Depending on the cultural background someone comes from, it can be difficult. I come from a society where at a certain age, a woman should be home by five to look after the children and her family. To have a job where you leave as much as I do goes against the societal norm.”

Like thousands of female aid workers around the world, Nyangoya has balanced her career alongside the responsibilities of being a mother.

“I was in Aleppo when bombing was happening, and that’s not a place you can bring children,” Nyangoya said. “As much as you might want to climb the professional ladder, the fact that you’re a woman means societal expectations surround you. But for so many of my female colleagues, I’ve seen them continue their motherly duties while helping children across the world. They call their children to see if they’ve brushed their teeth, take long trips to check in on their families, and freeze their breastmilk before deployment.”

Nothing we do would be possible without the commitment of our female partners – whether they are leading our Fund-supported projects, replicating INSPIRE strategies to strengthen child protection systems, or making decisions to protect children at the highest levels of world governments. 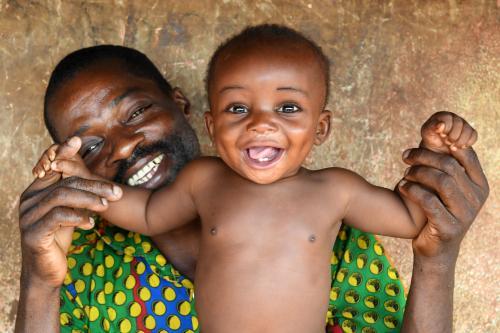 In 2016, ten agencies collaborated to develop INSPIRE, a technical package of seven key strategies to end violence against children. 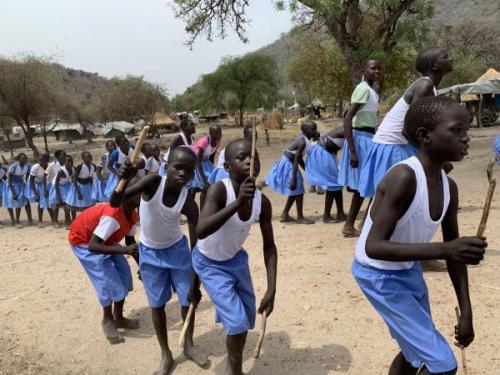