Every year, 1 billion children between the ages of 2 and 17 experience some form of violence — nearly half of all children around the world.

As of early 2018, UNICEF reported that nearly 31 million children were forcibly displaced by violence and conflict, 13 million of whom were forced outside their own country. When faced with such disaster, it can be impossible for children to grow, learn and thrive, halting generations upon generations from reaching their full potential. 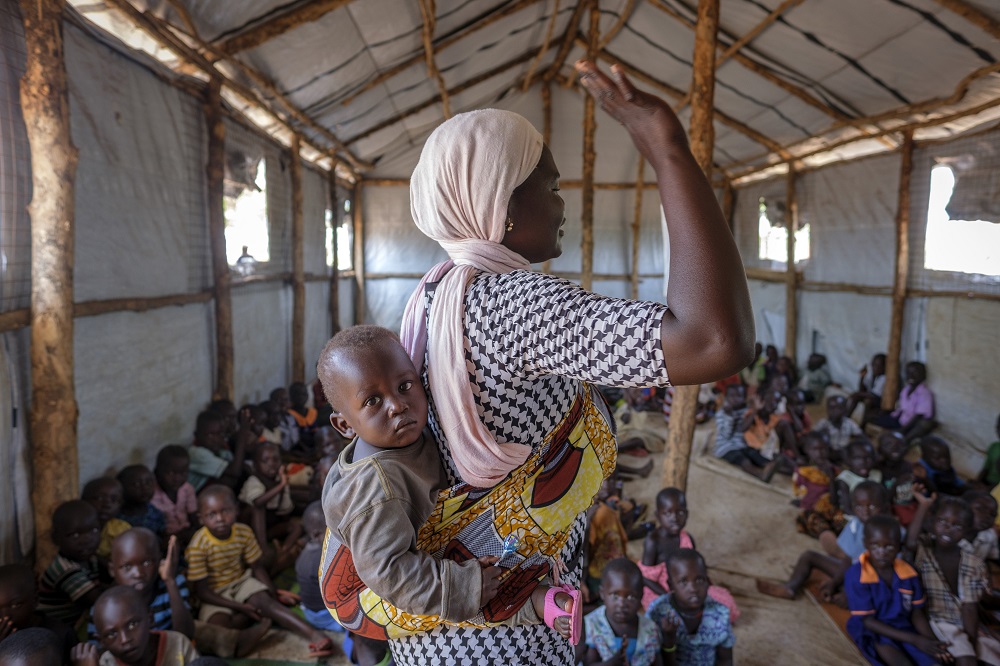 Around the world, far too many children are subject to the horrors of war, conflict and disaster. Such crises can have devastating effects, often triggering a vicious cycle that includes the loss of loved ones, a decrease in livelihoods, the shattering of their health, and the fracturing of normality. At the same time, they are constantly at-risk of being recruited into armed groups, sexually abused, or trafficked. Children make up 51 percent of the world's refugees, illustrating the fact that around the globe, children always pay the highest cost of war.

The End Violence Fund accelerates actions to realize the commitments made in the Sustainable Development Goals by supporting those working to prevent and respond to violence, protect childhood, and make societies safer for children. Nowhere is this more urgent than in crisis, in particular for children living in or fleeing from conflict. The Partnership and Fund combat violence by delivering evidence-based solutions for all children, by focusing as much on prevention as response, and by prioritizing work across sectors, as the problem and solutions are not limited to a single area.

Thanks to the generous contributions of the Government of Japan, the humanitarian window of the Fund to End Violence Against Children became operational in March 2018. That support aims to reach an estimated five million children who are in dire need of humanitarian assistance in two critical areas: northeastern Nigeria and Uganda. Caught or escaping conflict and living in crisis, these are some of the world’s most vulnerable children, regularly subjected to extreme violence, physical and psychological trauma that can carry life-long consequences. Their experiences range from involvement in active combat and subsequent injury, to the loss of or separation from family, or the more commonplace disruption and insecurity presented by war and displacement.

The Fund has supported 12 humanitarian projects in Nigeria and Uganda. These projects have helped child soldiers reintegrate into society. They have provided vocational, life skills training, and income-generation activities to youth and families who have lost everything. They have helped children after experiencing trauma through case management services. And they have raised awareness to help children survive the horrors of wartime, including one project that educated over 20,000 children on mine risk education. These 12 project, granted to organisations like World Vision International, Save the Children, UNICEF, UNHCR, and the International Rescue Committee, among others, have changed the lives of tens of thousands of the most vulnerable children in the world.

The Fund and the Government of Japan encourage other investors to prevent and address violence against children facing conflict. Programs that protect children in humanitarian crises are severely underfunded, and funding is needed to flexibly support projects where and when needed most. Funds would support projects contributing to national commitments to ending violence against children and aligned to national and inter-agency response plans. Besides addressing violence in crisis and conflict directly, a secondary gain will be improving the evidence base on what works to tackle violence in this area.

By investing in catalytic solutions, the Fund seeks to deliver on the promise of the Global Partnership to End Violence Against Children – a world in which every child grows up free from violence. 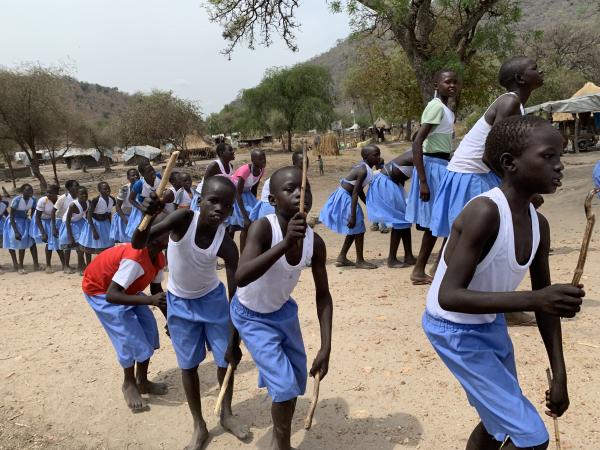 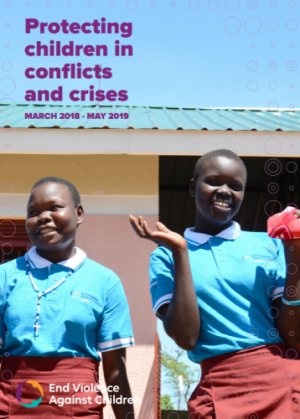 Humanitarian Fund Report
From March 2018 to May 2019, the End Violence Fund supported 12 organisations dedicated to ending violence against children in Uganda and Nigeria. Read the report to learn more about these projects. 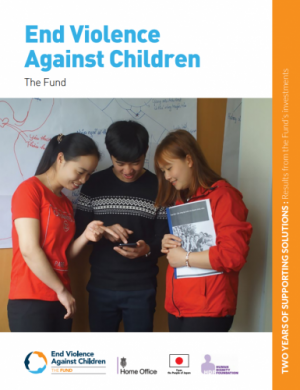 Report: The End Violence Fund
In 2018, the Global Partnership to End Violence Against Children published a report on the first two years of the Fund's investments. 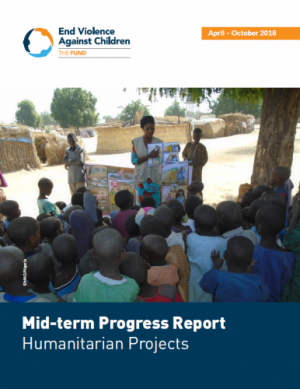 Mid-Term Progress Report
Click the above report to learn more about the first six months of our funded projects.