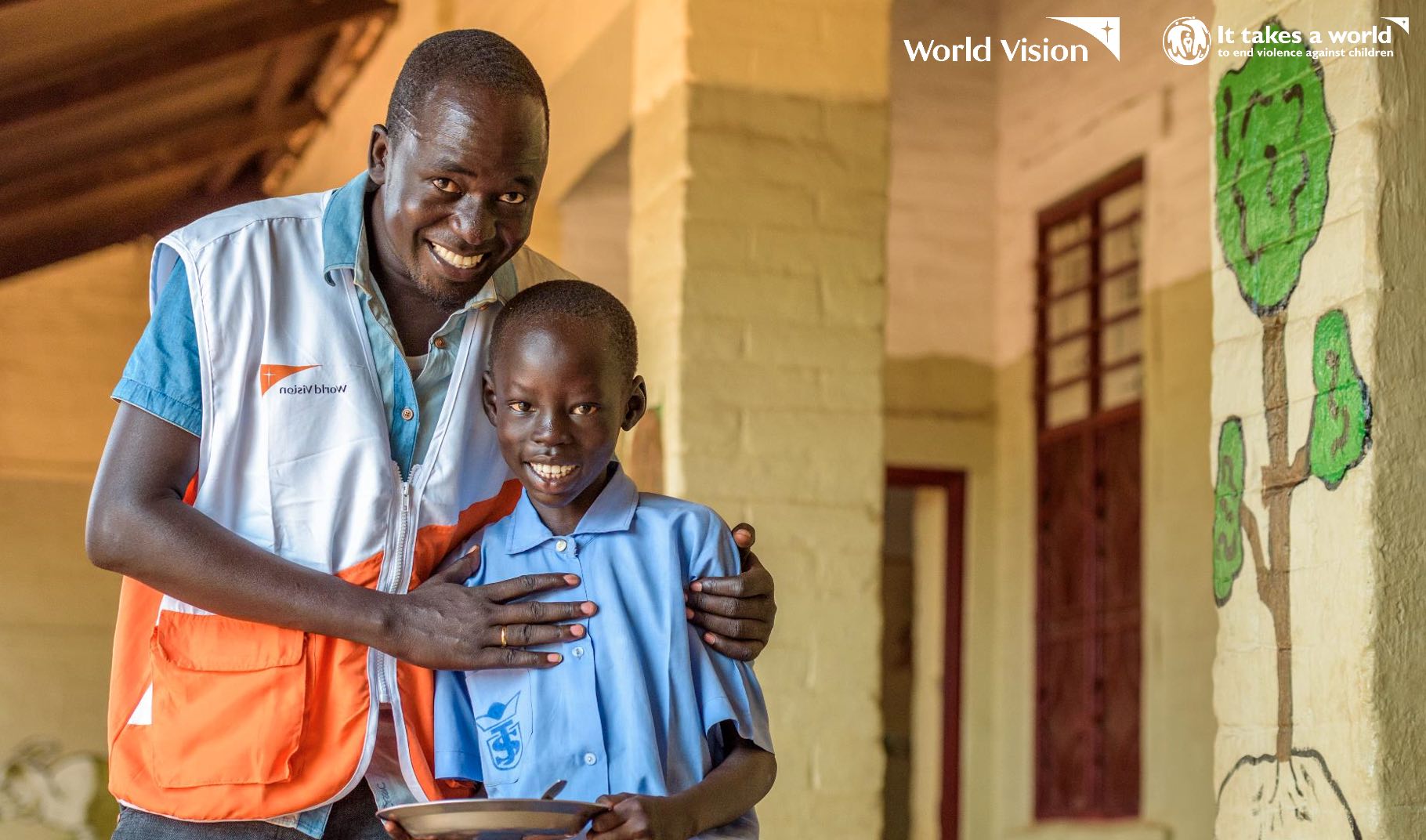 As part of the 'It takes a world' campaign, World Vision has worked towards ending violence against children in 87 participating countries, impacting the lives of 268 million children. The campaign is bringing about tangible change and is being driven with and by andchildren, local communities and national actors.

In Zambia, where recent milestone legislation prohibited child marriage, World Vision has been campaigning to end the form of violence for over 4 years. Here’s how they are driving important change:

In 2017, soon after writing her Grade 9 examination, Madrine discovered that she was pregnant. When schools resumed, she could not continue.

Her parents refused to pay for her education, even after the birth of her child, instead getting her married off to the father of her child. Madrine faced hardships in marriage and could not cope with meeting the household requirements set by her husband and the family.

But soon, she was made aware that she could seek help. Awareness messages by World Vision Zambia were widespread. Through these campaigns, she learnt how she could get out of her marriage and get back into school. In the year that followed, equipped and empowered with know-how, she left her marriage, cultivated and sold sunflowers to earn money for her school fees and resumed learning. Upon seeing her commitment, her mother and brother sponsored her fees for the school terms that followed.

Today, she is appealing to her young girls to stay in school and not be influenced to get married young because child marriage robs children of their future.

Children in Zambia marry for many reasons – poverty at the household level pushes children to marry young, others hope to find a better livelihood and traditional practices such as ‘initiation ceremonies’ influence children to think of partners and marriage at an early age. Child marriage is both a form and an enabler of violence. It puts children at grave risk of domestic and sexual violence and early pregnancy, harms their physical and mental health, and as was the case with Madrine threatens to deprive them of liberty and education.

The organisation shed light on the process of the campaign - the various steps and activities with different stakeholders:

“World Vision Zambia has contributed to raising public awareness about the dangers of child marriage. The campaigning used various platforms, including local radio, national television, adverts, documentaries and community engagements, to spread knowledge. Working with partners, we issued press statements responding to child violation incidents and calling on the government to take action,” shared those working on the campaign.

“World Vision has also contributed to initiating child protection structures at the community and district levels to enhance child protection. ‘Child Protection Committees’ monitor child abuse and violation cases and support and rescue victims of childhood violence. Similar committees exist at the district level composed of key government departments that work on enhancing the welfare of children in Zambia, such as the Victim Support Unit of Police, and the Department of Community Development and Social Welfare, among others”

Local and national actors worked together to achieve results. World Vision Zambia worked with partners, government, and traditional leaders to push for laws to end violence against children and have them be better enforced.

“Traditional and local leaders contributed to raising awareness of the detriments of child marriages within their chiefdoms. They have so far developed 18 child protection by-laws in various regions to enhance the protection of children. The by-laws ban child marriages within the chiefdoms and outline measures to be undertaken against those violating the guidelines,” shared the organisation.

“World Vision is also working with faith leaders, and is collaborating with the church through a District Pastor’s fellowship. “Faith leaders have been trained to promote child protection initiatives and uphold children’s rights. They are working with World Vision and have since integrated messages of child marriage prevention in main church activities such as sermons, community visitations, youth groups and men and women meetings.”

At the national level, World Vision is working as a member of the Joining Forces Alliance which aims to use collective influence to accelerate change to secure children's rights and end violence against them. The organisation has also contributed to reforming policy through a series of legislative review processes that saw the enactment of the Children's Code Act 2022 – the Act that has now provided strengthened mandates on protecting the welfare of children.

The campaign to end child marriage in Zambia has had significant outcomes and impact:

World Vision Zambia’s public awareness campaigns, via community engagements and programmes, have reached over 1 million people, including children. This has helped increase knowledge about the detriments of child marriages, how to report cases, and mechanisms to refer children affected by child violations.

But there are challenges even once children leave marriages, shared World Vision. “Unfortunately, even after they left marriages, not all families can afford to support children retrieved from marriage with their needs – food and clothing and school. This makes children return to their marriages, negating efforts to fight against child marriages.”

And World Vision Zambia continues to foster accountability of the government commitments and further the gains achieved.

“Working with child activists, World Vision will use platforms such as school councils and journalists' clubs to engage the government on progress made toward commitments to end violence against children,” the organisation said. “With partner organisations, we will use collective influence to hold the government accountable to accelerate change to secure children's rights and end violence against them.”

Read more about World Vision here, and learn more about the 'It takes a world' through a Q&A with the professionals behind the global campaign here.