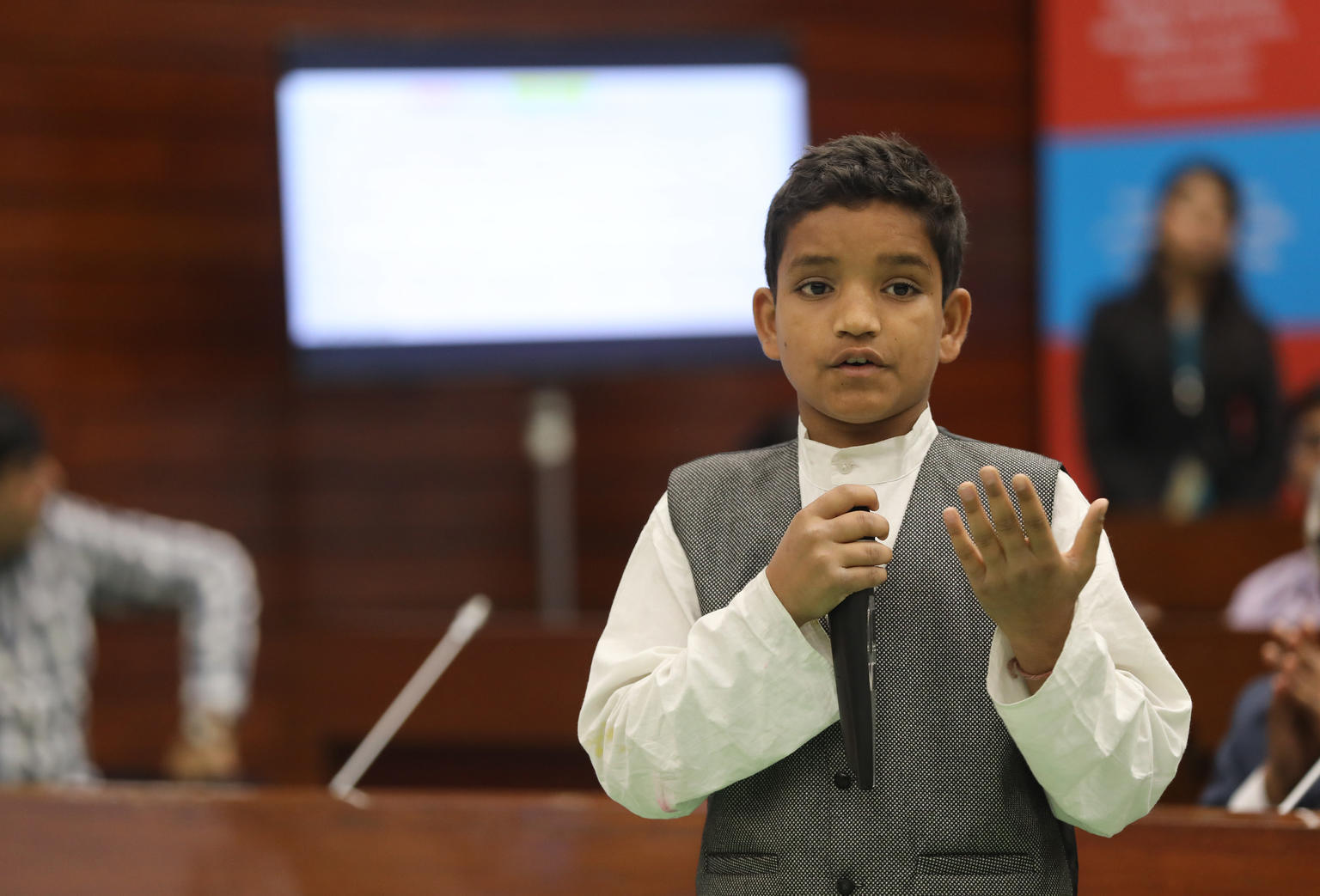 Much focus has been placed on young people being the future – the future leaders, future workforce and future decision-makers. But recently, there is a growing movement recognising young people as key stakeholders in the present – in addressing the issues of our day such as climate change, digitalisation, violence and COVID-19, that are impacting the rights, safety, opportunities and well-being of children and young people right now. And much of this shift is thanks to young people moving the needle. From activism to policymaking, young people are making their voices heard in matters that affect them.

On this International Youth Day 2022, End Violence is celebrating these young voices – highlighting their inspiring work and powerful calls to action. The theme this year is intergenerational solidarity and combating ageism – when age is used to divide people in ways that lead to harm, disadvantage and injustice. In young people, this includes disregarding their opinions in decisions and issues that affect society, and often children themselves.

The work of the End Violence Partnership is guided by our core value of being child-centred, and below you will find examples of how we bring this core value to life by supporting and amplifying the activism, advocacy and policy research of young people making critical contributions to end violence against children around the world.

Building evidence is key to protecting children and young people's rights. End Violence is making sure that not only are inputs of young people included in data on addressing violence, but that they are also a part of, and equipped to, generate evidence as researchers themselves. The End Violence Lab, along with partner universities, created the Young People Advisors programme, involving youth in research of policy. Across 5 countries, young people looked into the implementation of INSPIRE – evidence-based interventions to end violence against children.

All over the world, there are inspiring young people fighting to ensure that children are safe from violence. One such End Violence champion is Erika. Growing up in an informal settlement community in Quezon City, Philippines and witnessing the challenges faced by children around her, she decided at the age of 4 that she will drive change. She has since been an active leader in educational initiatives, a member of the National Anti-Poverty Commission at the age of 12, and spoken at multiple international fora.

Meet Sarafina, a World Vision Young Leader who has been an outspoken activist against child marriage, violence against women, and other forms of abuse and exploitation. And read about Shaylyn Faley, a first-hand witness of the Sandy Hook Elementary School shooting and a medical student from the United States, who is now leveraging her interests in neuroscience, psychology and health care to better understand the root causes of violence.

Children are also a part of End Violence Advocates – joining high-level international leaders speaking out and taking action to end violence against children. At the Together to #ENDviolence Leaders’ Event on 14 June, 2022, they were part of one of the most diverse and influential groups to ever come together to focus solely on ending violence against children. Young leaders such as the Time Kid of the Year, Gitanjali Rao, and activists from Asia to Africa, spoke alongside heads of state, royalty, CEOs, UN leadership and survivors of childhood violence.

This followed on from the Together to #ENDviolence Spotlight Session at the Global Forum for Children and Youth in December 2021, which brought together a panel of child leaders from across regions speaking on their efforts to end various forms of violence, and launched a Children’s Manifesto, which articulates their calls to action to global leaders.

In May 2022, children took a seat at the table with members of the End Violence Partnership’s Executive Committee, engaging in dialogue with all those overseeing and operationalising the work across the Partnership. And now, End Violence is ensuring that the perspectives of children are included more formally into the highest level of decision-making through a Children and Youth Advisory Group that will provide important space for intergenerational dialogue.

Their perspectives influence the entire End Violence community, through over 700+ partners around the world, including governments, United Nations, and civil society organisations united to work for children around the world.

A recent survey by the United Nations found that it's not just children, but people across generations, around the world, that want the perspectives of young people heard, with 70% respondents agreeing that more opportunities for younger people to participate in policy development and change would make systems better and more equipped for the future. More and more, societies are realising the value of working together across generations and making decisions collectively, and End Violence is supporting this crucial movement.

Explore our Together to #ENDviolence global campaign to follow how this change is happening with and for children around the world.