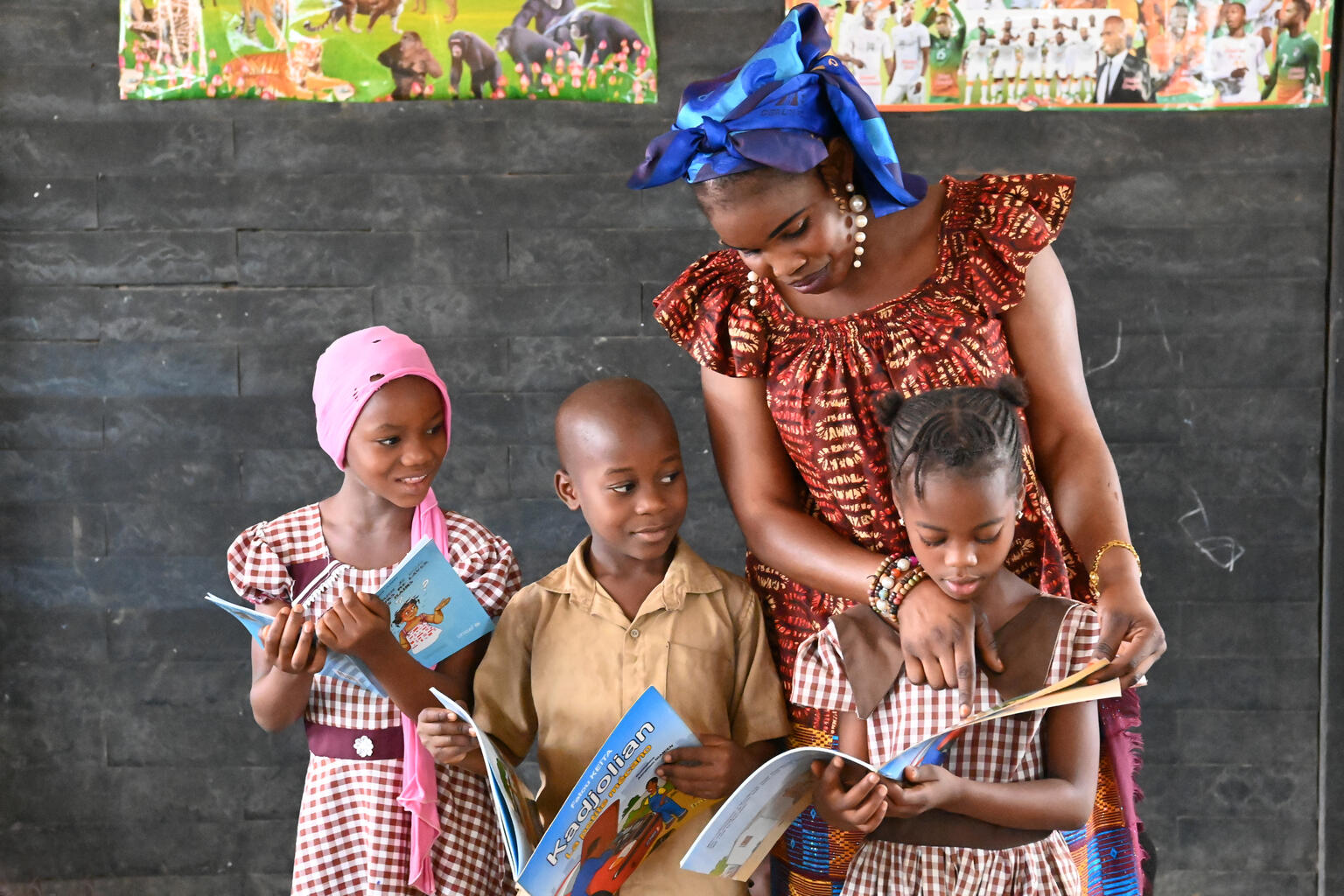 “They say we have free education. But how free is this education if it is costing girls their dignity, their bodies, their mental health and their futures?” asks Josephine, a Youth Advocate from Sierra Leone, in Don’t Fail Us, a youth-led Safe to Learn film demanding an end to violence in and through schools. Young people from around the world open up in the film about the violence they faced – whether bullying, discrimination, gender-based violence, or lack of a safe school environment – and how this has hugely impacted their ability to learn.

Their voices need to be heard. On 3 November, the International Day against Violence and Bullying at School Including Cyberbullying presents a global opportunity for everyone – children, educators, governments, caregivers and civil society – to unite to end violence in schools and other learning environments across the world. This year's theme places a spotlight on the crucial role of teachers – the frontline of those working to ensure children are safe to learn.

Josephine, a survivor of sexual violence who once stood on the threshold of losing out on education altogether, is using her powerful story to call on world leaders to invest in safe education and in teachers who can ensure it. “The poverty of teachers will always affect the quality of education. We must invest in teachers so that education will be safe,” she says.

As part of global advocacy efforts, End Violence Board Co-Chair of the End Violence Partnership and Chloe Fevre, Director of End Violence’s Safe to Learn initiative will both speak alongside global education and development leadership at the International Seminar on the Role of Teachers in Preventing and Addressing School Violence at the UNESCO Headquarters in Paris, France, on 3 November. They will spotlight the need to ensure safe schools and learning environments.

The scale of violence in education

Violence in and through schools affects over 246 million each year. This can be sexual violence, physical violence or emotional violence, and it occurs in all learning environments – including online:

We need to make sure that schools are safe and inclusive. Education can play a transformative role in a child’s life. It can lift people out of poverty, change harmful social norms, support well-being and foster peaceful societies. But violence in schools not only robs them of this opportunity, it has the opposite effect of causing long-term physical and psychological harm and hindering development and future prospects.

And this violence comes at a huge cost to society. As a result of violence in and around schools, there is an estimated $11 trillion in lost lifetime earnings globally.

Spotlighting the voices making a difference

The role of teachers in children’s lives goes beyond the academic curriculum – they are the central pillars of our education and child protection systems and the safeguards of children’s well-being. This day is an important opportunity to celebrate the efforts and amplify the voices of teachers and educators who are working to better the education systems and bring change. End Violence’s Safe to Learn Essay Collection presents the perspectives of teachers and global education leadership, alongside governments and civil society to provide a holistic insight into the problem of violence in and through schools, its impact, and the solutions.

Among the inspiring essays sharing best practices and action, Baguma Filbert Bates, General Secretary, Uganda National Teachers’ Union and a teacher himself, shares the crucial role that positive discipline can have on children’s lives. Having witnessed and admittedly partaken in violence in schools, and realising the devastating impact of this violence through his own journey in the education system, Mr Bates is now dedicated to bringing systemic reform with and through teachers. You can read more about his journey here.

On the ground, inspiring educators are driving change for children – such as End Violence Champion Dr Joan Mwende Kiema Ngunnz, who after witnessing violence growing up in rural Kenya, both as a student and as a teacher decided to drive change in her country. She has spearheaded child protection in the government of her county and founded Beacon Teachers Africa, a non-profit organisation empowering school teachers with the tools and training needed to help protect children against violence, and foster positive learning environments.

And children are also being a part of the solution. End Violence Advocate Gitanjali Rao, Innovator and Time Kid of the Year, is stressing the need for young people to be part of the solution – and leading by example. She is working to make the online spaces that her peers occupy safe and secure, and has developed an app that works to combat cyberbullying which allows children to actively engage to identify and address online bullying and discrimination.

Watch her talk about her journey at the Together to #ENDviolence Leaders’ Event where she spoke alongside heads of state, royalty, CEOs, UN leadership and survivors of childhood violence.

Through amplifying these voices and progress from partners around the world, End Violence is working to ensure that children everywhere are Safe to Learn.

End Violence’s Safe to Learn global initiative supports collective action and investments to keep girls and boys safe from violence in and through schools. Backed by a powerful coalition of 14 partners representing civil society, the United Nations, donors, global partnerships and the private sector, Safe to Learn provides an opportunity for change so that all children can learn safely, no matter where, or how, they may be learning.

Its Safe to Learn Call to Action – a high-level framework endorsed by 16 countries and based on global evidence – sets out where and how progress can be accelerated to end violence in and through schools. And the Investment Case, developed jointly with the World Bank, provides critical data and cost estimates on the extent to which violence negatively impacts schooling, learning, earnings, health, and long-term productivity and highlights a sample of programmes that have been proven to reduce violence in and through schools.

Explore more action and progress to keep children Safe to Learn around the world.