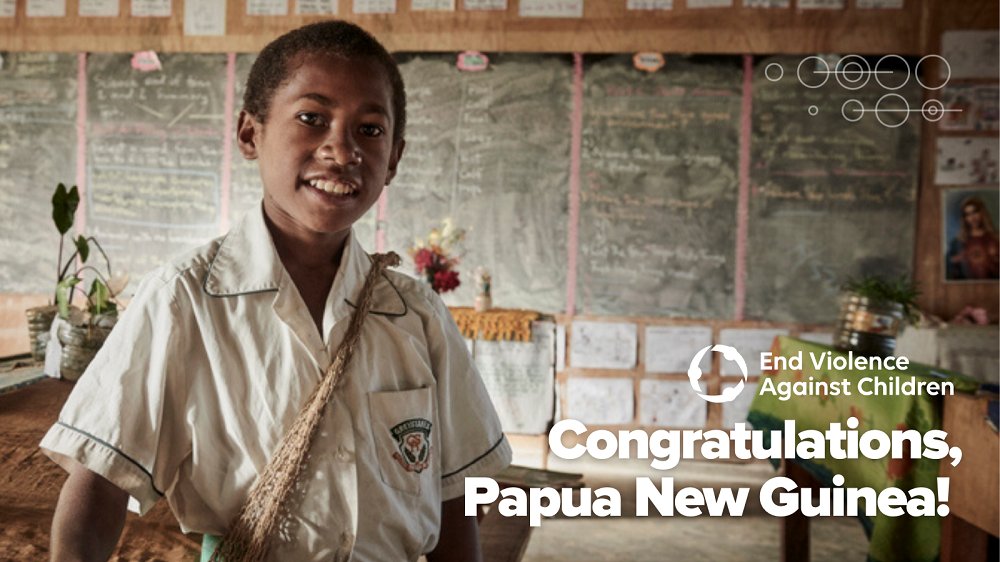 Papua New Guinea has become the 33rd Pathfinding Country to join the End Violence Partnership, and the first in the South Pacific. Papua New Guinea is home to over 3.8 million children, a population that makes up 52 per cent of the country.

“Joining this global network is very important for our country to mobilise and stand together to end violence against children,” said Honourable Wake Goi, the Minister of Community Development and Religion.

In a country where 75 per cent of children experience violence at home, this commitment is essential to ensuring the protection of children across the island nation.

“Violence against children is a serious social and health issue, with immediate and long-lasting health, physical and social consequences for children, families and communities,” said Hon. Goi. “Although comprehensive data in Papua New Guinea is scarce, violence against children is rampant and widely tolerated. Children are both primary victims of violence as well as witnesses of domestic violence.”

To mitigate this reality for children across Papua New Guinea, the government is ramping up its efforts to end violence against children, once and for all. This work will build on other initiatives to end violence across the country, including the 2018 establishment of a standalone National Office for Child and Family Services under the Department of Community Development, which has the specific mandate to support children and women in need of protection services; the passing of the 2015 Lukautim Pukinini Act, which focuses on increasing children’s and families protection; and the launch of the 2017-2027 National Child Protection Policy, among other activities.

Papua New Guinea’s Department of Community Development and Religion through the National Office for Child and Family Services will lead the Pathfinding process, along with support from UNICEF Papua New Guinea.