Women's Consortium of Ukraine (WCU) is an NGO playing a coordinating role in advocacy, training, and education initiatives aimed at strengthening the principles of equal opportunity and child rights in Ukraine. The WCU currently has 15 branches in 15 oblasts of Ukraine, bringing together 45 member organisations. In 2012 the WCU became one of the founders and active members of the Coalition “Child Rights in Ukraine”. The WCU implements two major programmes focused on gender equality implementation and observance of the rights of the child. The latter operates since 2002.

Key programme areas include protecting children from violence, strengthening civil society around the rights of the child, and promoting child participation. The WCU efforts to protect children from violence are primarily aimed at schools and other institutions, as well as the introduction of child-friendly interrogation of child victims of sexual abuse (advocacy for legislative changes to introduce child-friendly interrogation mechanisms and special premises for these purposes in Odessa).

Challenging the armed conflict in the country, the WCU has launched the new activity area to provide psychological assistance to children affected by the conflict. In 2014, with the support of SC, we trained a team of trainers on the provision of first psychological aid, while in 2015-2016 BICE helped the trainers to master resilience and second psychological aid. As for strengthening civil society, the WCU continues to support building and strengthening of the Coalition “Child Rights in Ukraine."

The WCU works throughout the country, contributing to the dissemination of best practices through its regional branches, the WCU Network of 35 organisations in 22 oblasts, the Coalition “Child Rights in Ukraine” (18 organisations in 7 oblasts), and other partners. 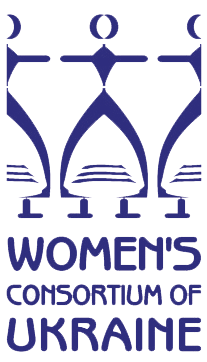