France became a pathfinding country in December of 2019. 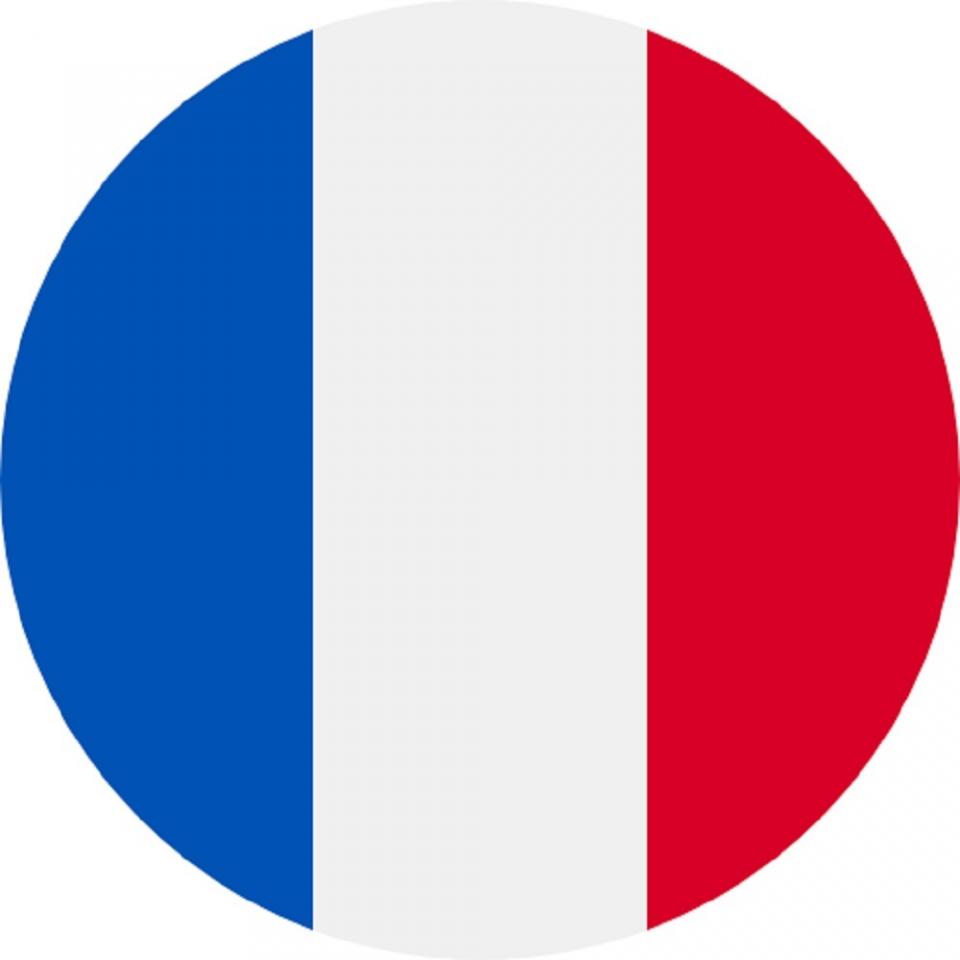 The 2018 Strategy for the Prevention and Fight against Poverty commits €8.5 billion to grant equal opportunities to all children and guarantee their fundamental rights. To ensure well-balanced diets, for example, breakfasts are provided at school in priority territories and social pricing of canteens are extended.

The Law n° 2018-703 of 3 August 2018, Strengthening the Fight against Sexual and Gender-based Violence, includes provisions targeting children, such as the aggravation of applicable sanctions in cases of child sexual abuse and the extension of the limitation period for rape against minors.

The Law for a State at the Service of a Trustworthy Society n° 2018-727 of 10 August 2018 reforms early childhood care methods for better quality services with a wider range.

The “Pact for Childhood” launched in 2019 is based on three pillars: acting earlier to better support families and strengthening prevention; the Parenting Support Strategy (2018-2022), which is coupled with a “1,000 first days pathway” that will be offered to every parent; combating all forms of violence against children. In November 2019, the new Plan to Combat Violence against Children aims to protect every child everywhere.

On 11 July 2019, the Law n° 2019-721 on the prohibition of ordinary educational violence bans “educative spanking” committed at home.

A Strategy for Child protection (20200-2022) aims to ensure that every child has the same opportunities and rights to health, education and autonomy. €80 million is allocated to the strategy.

From September to November 2019, during the broad national consultation on domestic violence, every actor had been involved in the collective work process to fight domestic violence more efficiently. Among the measures taken, special attention was paid to children, witnesses and victims of such violence.

The creation of the "first 1000 days" pathway, launched in 2019, will offer support to all parents, from the fourth month of pregnancy to the child's second birthday. It is based on a commission of experts that meets with parents and professionals to better target needs.

The creation of the College of Children and Adolescents within the High Council for Family, Childhood and Ageing (HCFEA) in 2016 demonstrates the will to define public policies for children from and with children. The HCFEA is in charge of animating the public debate and providing the public authorities with expertise on issues related to family and children.

The Law n° 2017-86 of 27 January 2017 on equality and citizenship invited local communities to set up such youth councils.

On the occasion of the 30th anniversary of the International Convention on the Rights of the Child, the conference “#RedefiningPower: Strengthening the rights of the child as the key to a future-proof Europe” was organised by the Council of Europe in the framework of the French Presidency of the Committee of Ministers. This conference mobilized all national and international actors on the main challenges to be taken up collectively to guarantee and improve the rights of the child.

The National Observatory for Early Childhood (ONAPE) brings together all the institutional statistical and research departments involved in early childhood policies: the Research, Studies, Evaluation and Statistics Directorate (DREES, Ministry of Solidarity and Health), the National Institute for Statistics and Economic Studies (INSEE), the Evaluation, Foresight and Performance Directorate (DEPP, Ministry of Education). ONAPE carries out the collection, exchange and coordination of work, in order to contribute to a better understanding of decisions and action.

Regarding violence against children, several studies and survey are conducted. The DEPP's national survey on school climate and victimization survey aims to clarify the nature and contexts of violence in schools. The "Violence and Gender Relations" survey of the National Institute of Demographic Studies asks adult women and men about sexual violence experienced during their lives, a set of question is dedicated to violence suffered in childhood.

The National Council for Child Welfare produces key indicators on child protection on an annual basis. On the more specific subject of offences committed and suffered by children, "living environment and safety" survey is conducted and data is collected by law enforcement authorities (delinquency, under-18s at risk).

The title and the five axes of the Plan are written in the first person in order to promote and encourage the child’s voice:

The 22 measures of the plan to combat violence against children mobilize the whole government and ministries, as well as all the shareholders. All of them will be implemented and monitored through interministerial work. 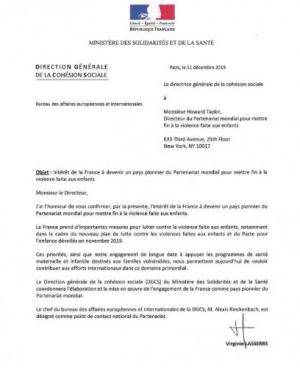 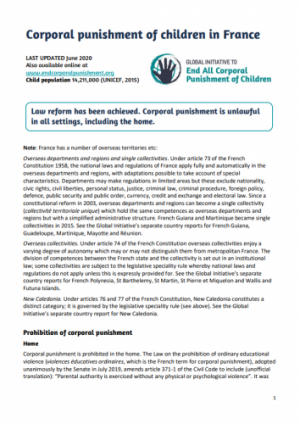 Corporal Punishment of children in France