Ending Violence Against Children in Rhino and Kyangwali Settlements

Uganda is home to over 900,000 child refugees and asylum seekers. The majority of these children are from South Sudan and the Democratic Republic of Congo, countries that have been plagued by violence for years on end. After watching armed groups ransack their homes, these children often had no choice but to leave everything behind and start over – attempting to rebuild in overcrowded refugee camps miles from their homes. Many of these children have lost or do not have all forms of personal and legal identification, especially those who were born in refugee camps in Uganda. For many of these children, their parents do not have legal identification or knowledge of the importance of birth registration. This can make it impossible for these children to enrol in public services. And to make things worse, the public services that refugee children do have access to – like education – are often under-resourced.

To mitigate these situations, Association for Volunteers in International Service (AVSI) used support from the Fund to: 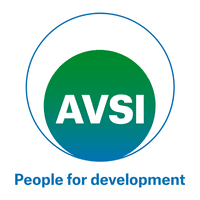