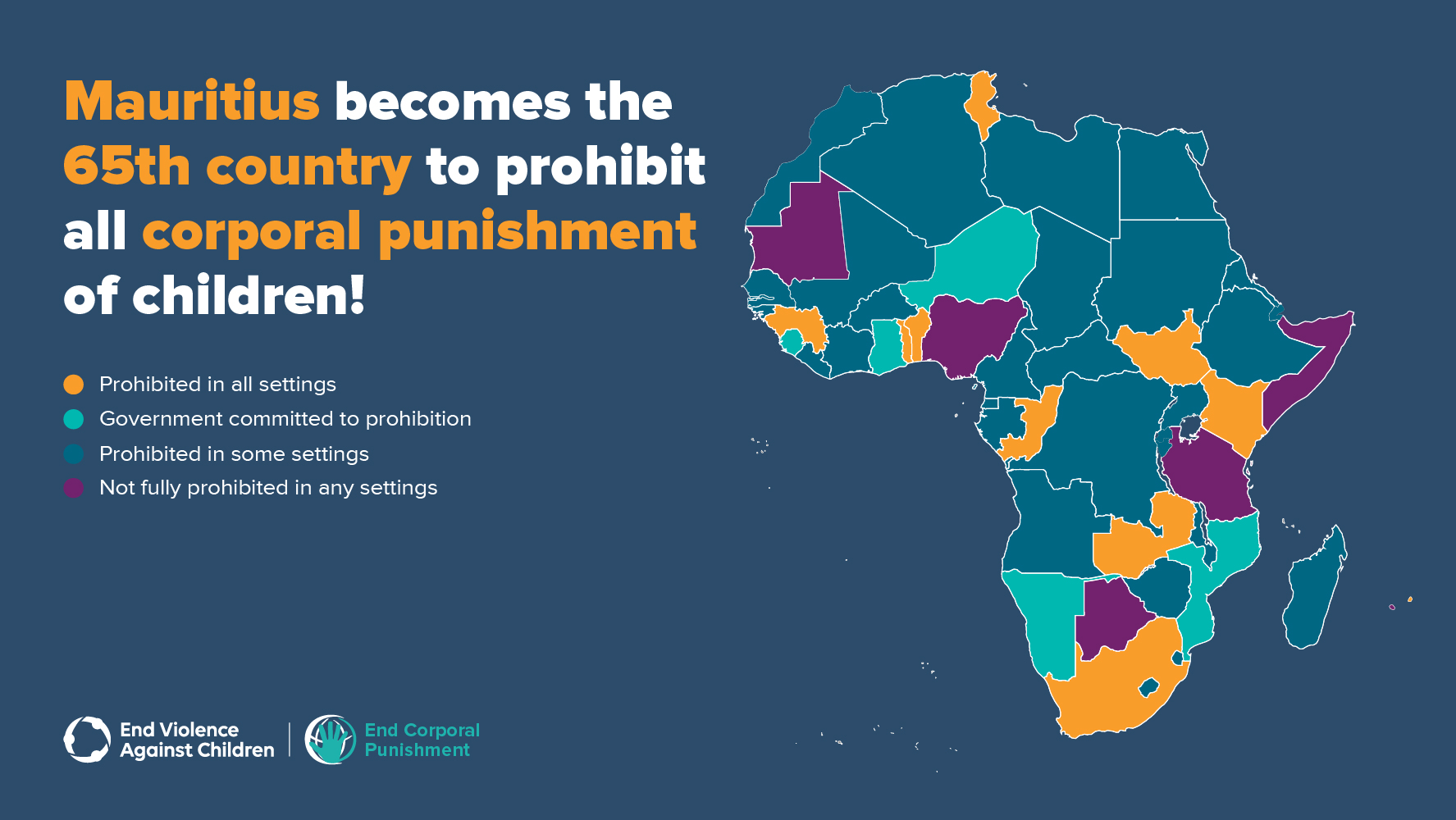 Mauritius’ Children’s Act 2020 came into force in 2022, bringing important legislative reform to better protect the safety and well-being of the country’s 270,000 children. The law reform process was led by the Ministry of Gender Equality and Family Welfare, the Office of the Ombudsperson for Children, in collaboration with other child rights stakeholders.

Through the enactment of the Children’s Act 2020, Mauritius has strengthened provisions against online violence and bullying of children and achieved prohibition of child marriage and full prohibition of corporal punishment or violent forms of discipline.

With this law reform, Mauritius becomes the 65th state worldwide, and the twelfth African state to realise children’s rights to protection from all corporal punishment. Prohibition in Mauritius brings the total number of children worldwide protected by law from all corporal punishment to approximately 322 million, or 14% of the global child population.

The Children’s Act 2020, which had been in preparation for several years, aims to harmonise the Mauritian legislation with the Convention on the Rights of the Child and the African Charter on the Rights and Welfare of the Child. This includes incorporating a clear definition of a child – the Act stipulates that a “child” is any person under the age of 18.

“We welcome this significant advance, and look forward to the development of concrete implementation measures which would enable the Mauritian Government to eliminate all forms of violence against children wherever they may be, and in whatever context they occur,” said Bess Herbert, Senior Advocacy Specialist and Sonia Vohito, Legal Specialist of the Ending Corporal Punishment initiative at End Violence.

“A large number of children around the world are still waiting for the realisation of their basic human right to protection from violent punishment. Considering the global commitment to ending all violence against children in the context of the 2030 Agenda for Sustainable Development, we call on all remaining governments to enact prohibition as a matter of priority,” they added.

With these new advances, Mauritius joins a host of countries across regions that are strengthening legislation and taking national action to end violence against children in all settings. Read more about progress from around the world in our 2022 snapshot here and learn more about ending corporal punishment here.