The Internet Watch Foundation (IWF) has launched two campaigns to increase awareness – and decrease incidence – of self-generated child sexual imagery on the internet. Each campaign targets the issue from a different angle: the first directed at 11-12-year-old girls and teens, and the second at the parents and caregivers of that population.

These campaigns were launched after IWF noted a dramatic increase of self-generated child sexual abuse imagery being reported to their platforms. Last year, IWF dealt with nearly 70,000 cases of such imagery – a rise of 77 per cent from the year prior. In 80 per cent of those cases, those pictured were just 11 to 13 years of age.

Through the two campaigns, Gurls Out Loud and Home Truths, IWF hopes to increase awareness of the issue among both girls and their caregivers and give both groups the tools they need to protect themselves and their children from online predators.

Through social media and digital content, Gurls Out Loud aims to help teen girls recognise the actions that contribute to self-generated sexual abuse, while also helping girls feel empowered to take control of inappropriate requests for sexual content. IWF developed social media imagery, a manifesto film, and a microsite with resources for girls and young teens, and have engaged multiple TikTok influencers to spread the message on the channels girls use most.

Learn more by visiting the Gurls Out Loud microsite.

Home Truths hopes to raise awareness of the existence and severity of self-generated sexual abuse among parents and caregivers. It also aims to educate parents on the actions they can take to protect their children through a set of steps called TALK.

Though these campaigns are currently directed at populations in the United Kingdom, IWF hopes that over time, they can expand their reach to caregivers, girls and teens throughout the world. 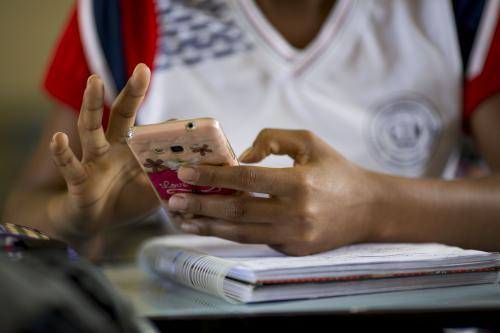