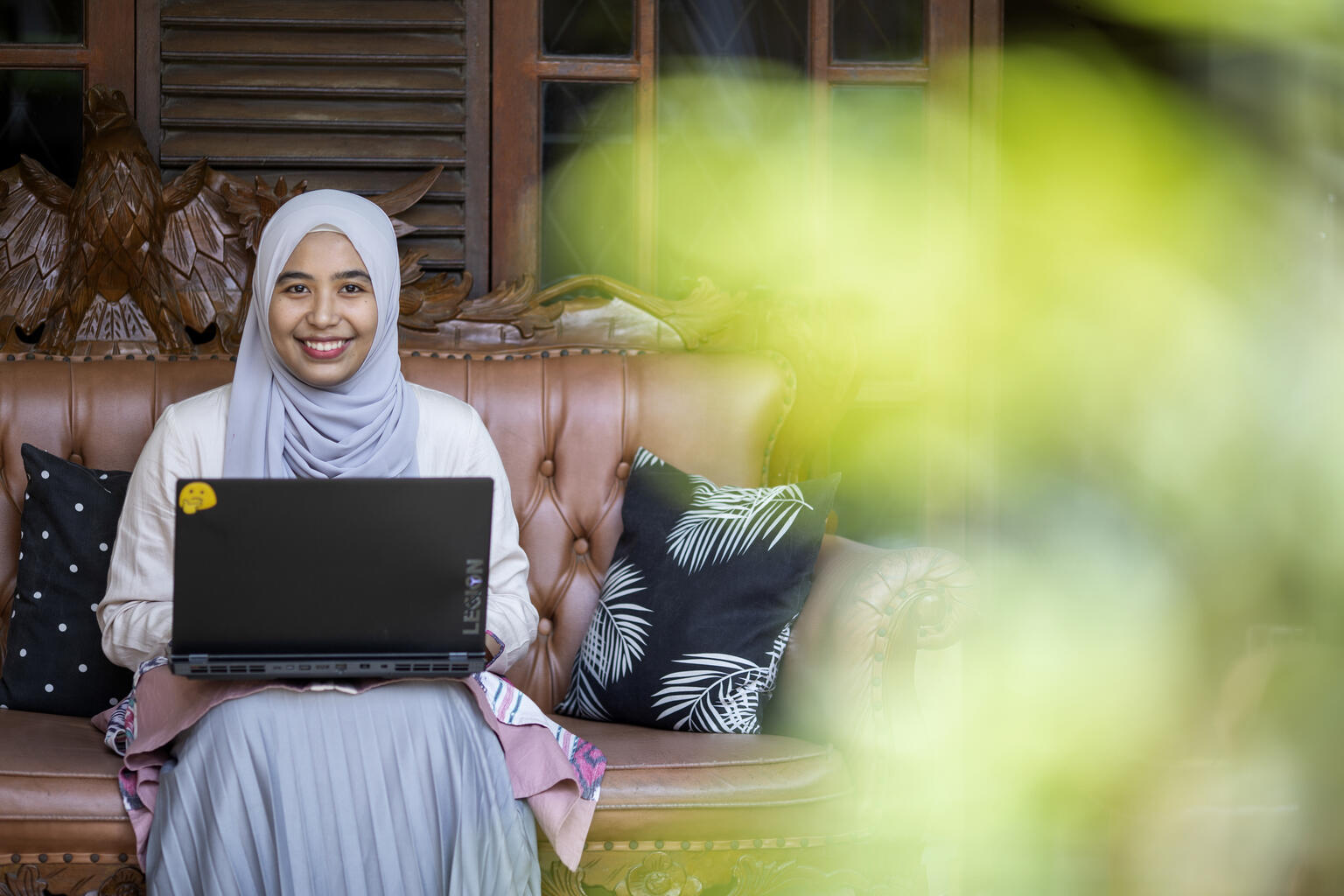 Today is International Day of the Girl. Girls – and women – can break barriers, lift communities, and drive change across the world, and when given the chance – they do just that. But far too often, girls and women are forced to hurdle nearly impassible obstacles.

In many parts of the world, harmful social norms mean that girls and women are turned away from the opportunities they deserve. Year after year, that’s led to girls being removed from the classroom, losing access to the productive jobs – and the leadership roles – that they could have used to change the world.

Before the pandemic, for example, more than 130 million girls were out of school – and after, an additional 10 million may never return. In countries around the globe, 750 million women and girls alive today were married before the age of 18, and 200 million have been subjected to female genital mutilation – with life-long consequences. On top of that, in times of global confinement due to the pandemic, girls are more likely to be cut off from the internet platforms they need to learn, connect and grow - even before COVID-19, the gender gap for global internet users grew from 11 per cent in 2013 to 17 per cent in 2019. 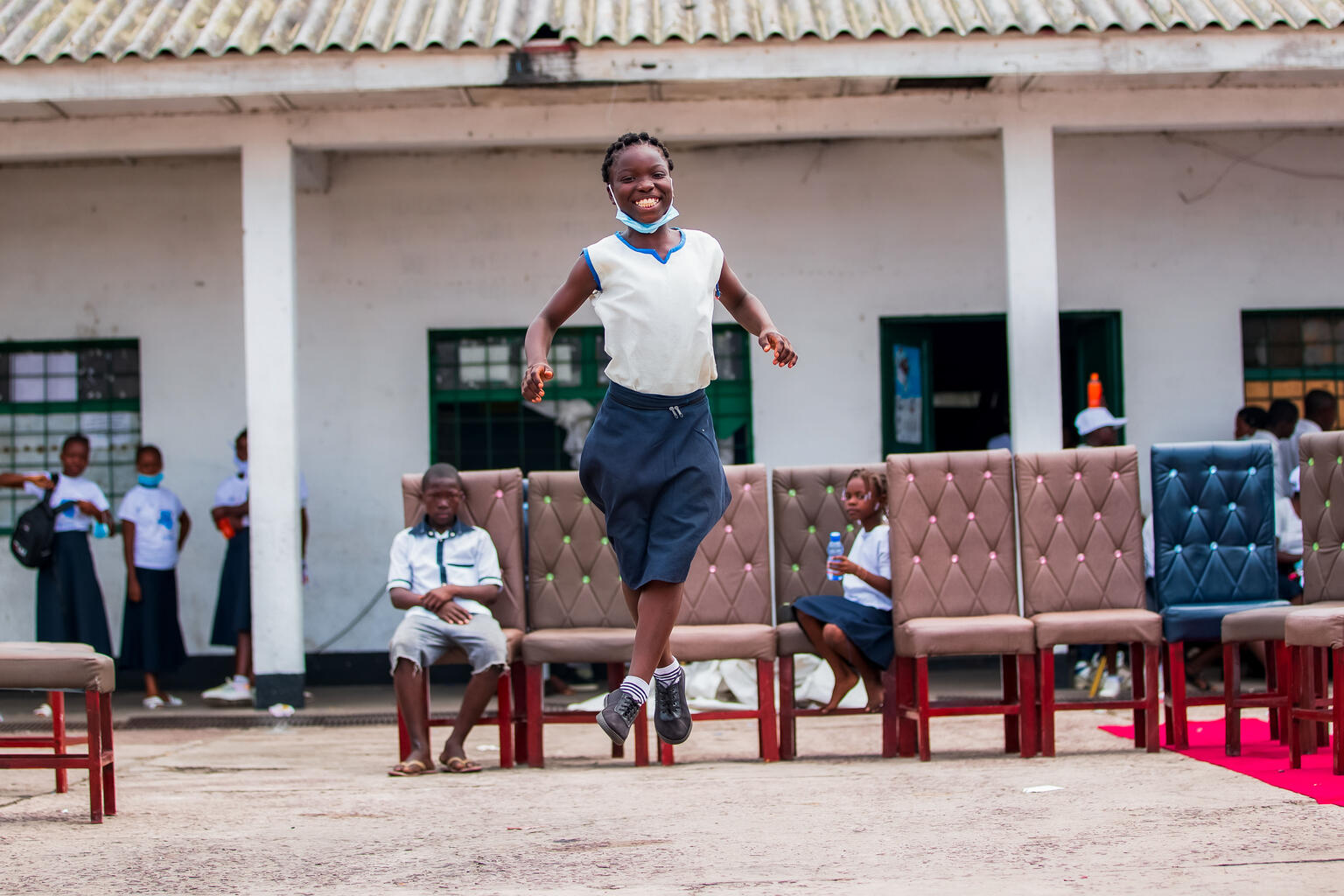 This year, the International Day of the Girl is focused on utilizing the digital revolution to open avenues for women and girls. Under the theme Digital Generation. Our Generation., the International Day seeks to amplify girls who have soared through digital technologies while shedding light on digital barriers many face, seeking to create more opportunities to harness the power of the internet and improve their lives – along with those of their families and societies.

Technology is shaping the way people live, work and connect everywhere. Because of that, it is essential that women and girls – half the world’s population – are not left behind. Still:

Earlier this year, the Generation Equality Forum launched a five-year commitment for bolder gender-equality impacts, including closing the gender divide in technological connectivity.

“Across the world, the gender gap within technology is growing, leaving girls and women behind,” said Dr Howard Taylor, Executive Director of the End Violence Partnership. “We all have a responsibility to equip girls with the tools, knowledge and access to truly utilize the opportunities the internet holds.” 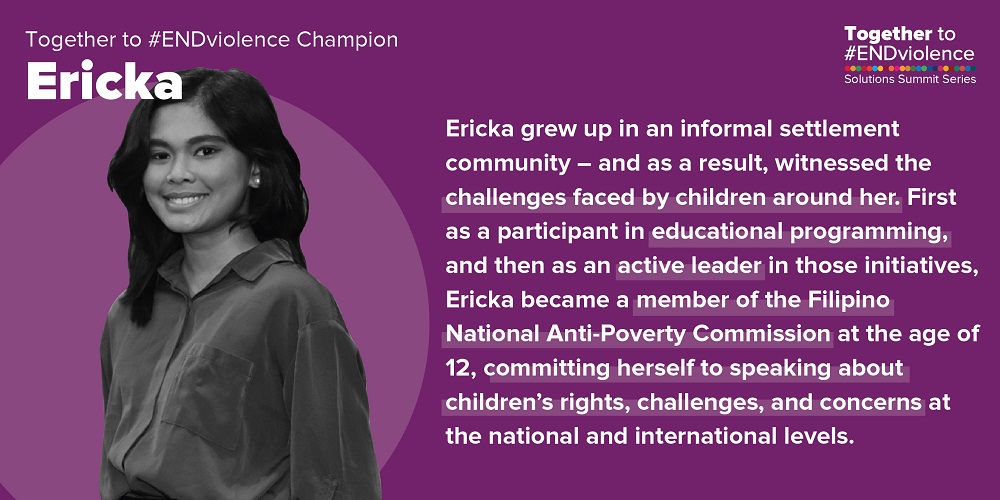 Ericka: Speaking up and making change

Since the age of 4, Ericka has put her community first. Hailing from Quezon City, Philippines, Ericka grew up in an informal settlement community – and as a result, witnessed the challenges faced by children around her. First as a participant in educational and recreational programming, and then as an active leader in those initiatives, Ericka became a member of the National Anti-Poverty Commission at the age of 12, committing herself to speaking about children’s rights, challenges and concerns at the national and international levels.

In April, Ericka spoke at an End Violence Partnership event dedicated to ending corporal punishment. Soon after, we spoke to her directly, learning more about her passion for social justice and her belief that children, no matter where they live, should have a place at the decision-making table. 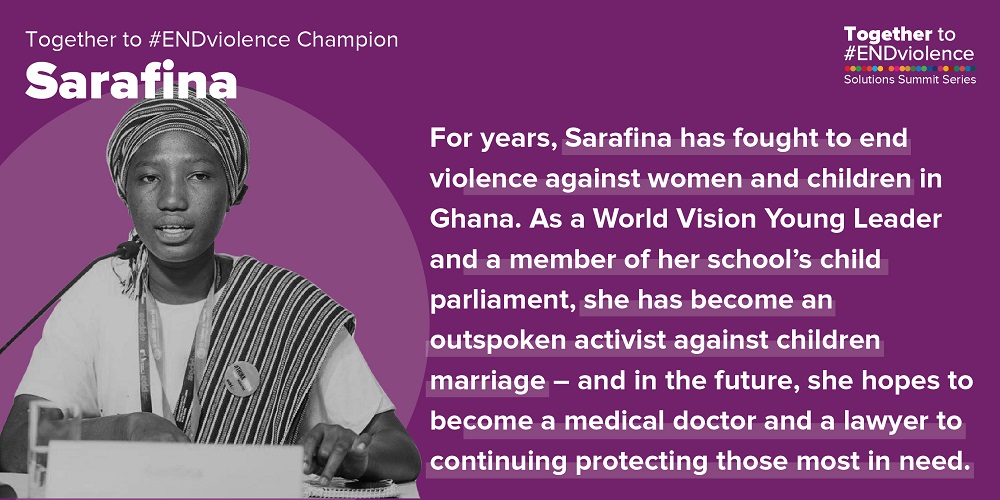 Sarafina: An activist and World Vision Youth Leader from Ghana 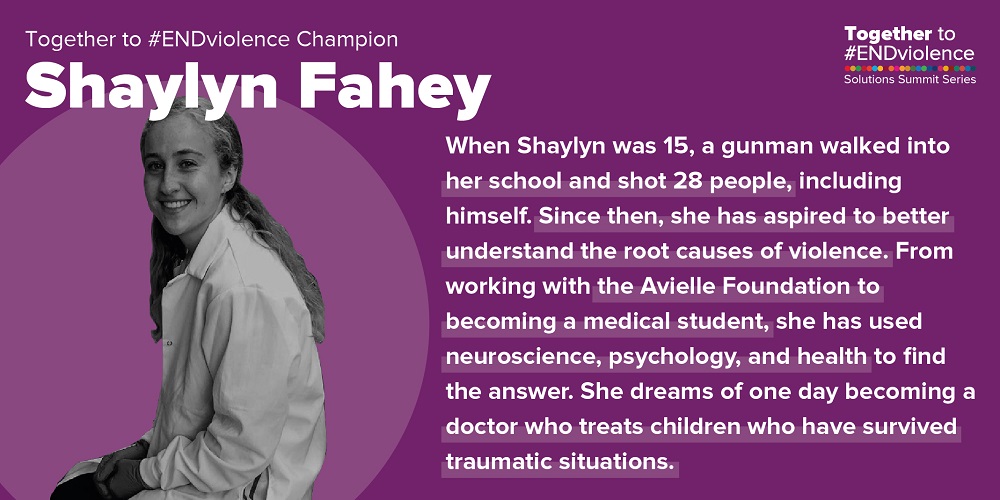 Shaylyn Fahey: A medical student from the United States