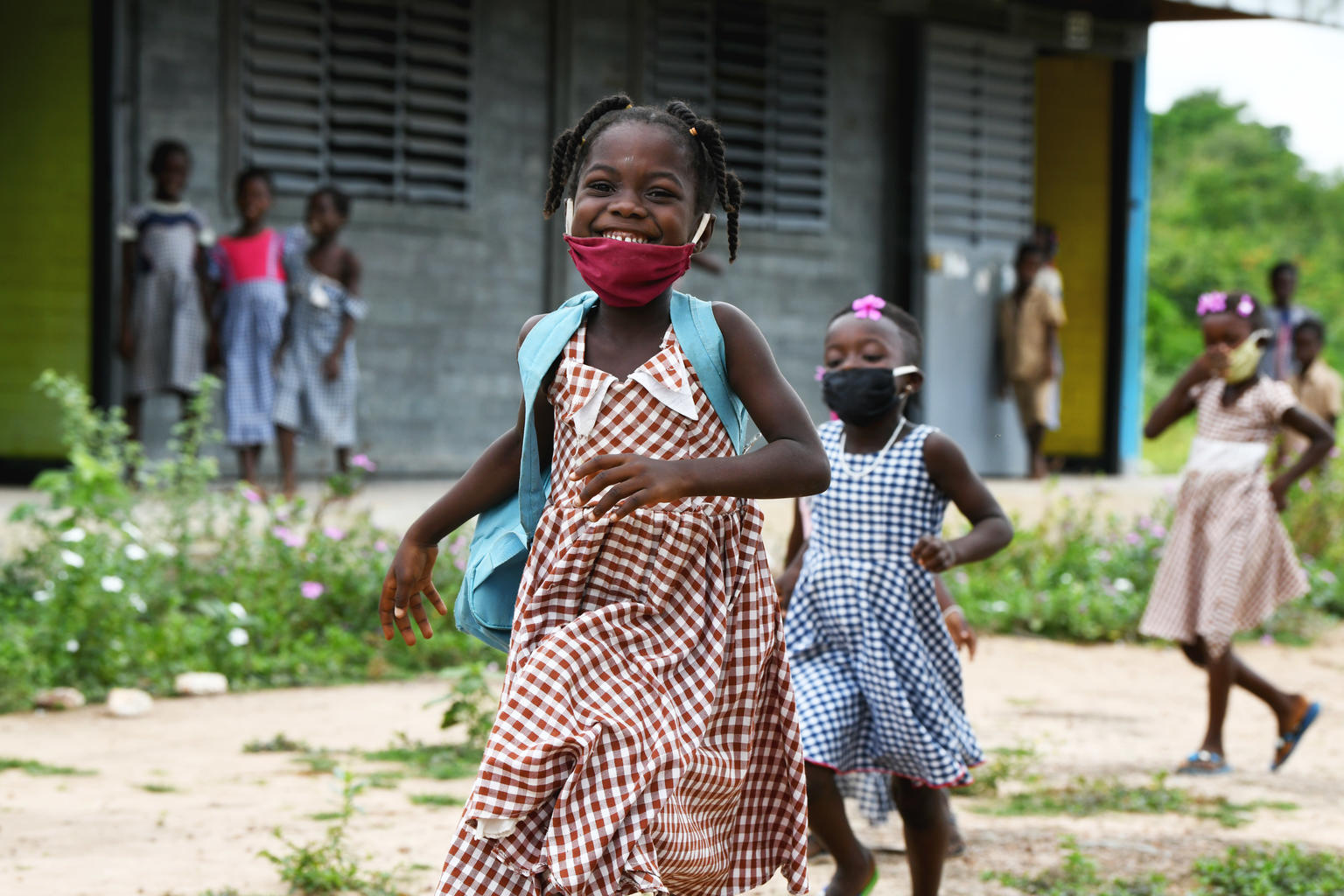 Dedicated political leadership, legislative reform and consistent national action are key to ending violence against children – and, for the Pathfinding country Zambia, these have resulted in transformative change. The country is making strides in its Action to #ENDviolence.

Zambia has recently adopted the new Children's Code Act, a milestone legislation that consolidates and codifies the laws relating to the country’s 9 million children. From children’s rights to education and privacy to adoption and parenting laws, the provisions of the code cover the overall well-being of children.

The Act not only states the legal definition of a child as any person below the age of 18, but also brings the country’s measures for its children to meet international standards in child protection.

At the Together to #ENDviolence Leaders’ Event on 14 June, 2022, H.E. Hakainde Hichilema, President of Zambia highlighted the reformative nature of this then upcoming Act. Speaking alongside other heads of state as part of one of the most diverse groups of people to ever come together around the issue of ending violence against children, he discussed how this strengthens child protection in the country. “This bill bring[s] together, for the first time in our statitude, existing international and national legislation such as the United Nations Convention on the Rights of the Child and the African Charter on the Rights and welfare of the Child,” said President Hichilema.

The legislation also prohibits the practices of child marriage and female genital mutilation, practices that cost millions of children their health safety, education and futures.

This act bolsters Zambia’s dedicated action to end violence against children. In 2020, when the outbreak of the COVID-19 pandemic and its associated economic and social impacts were placing children at extreme risk of exploitation and violence, Zambia made a milestone commitment to strengthening its efforts to protect the rights and well-being of its children. Zambia joined hands with the End Violence Partnership to become a Pathfinding country, making a formal, public commitment to end all forms of violence against children through national planning and action.

“Zambia has become one of the world’s Pathfinding countries, because we believe in the rights of children,” said H.E. Hakainde Hichilema, President of Zambia, as he reaffirmed the country’s efforts for children at the Leaders’ Event. “Being a Pathfinding country means we are committed to provide a child friendly environment that allows children [to] not only survive, but also thrive,”

And Zambia has followed through on these remarks with robust and consistent action.

The country has developed the National Prevention and Response Plan to End Violence Against Children 2021-2025. The development of the plan was consultative, bringing together stakeholders in the promotion and protection of children’s rights and the plan draws upon the INSPIRE strategies – seven evidence-based strategies for the implementation and enforcement of national policies, laws and approaches that aim to end violence.

As part of its Pathfinding efforts, Zambia hosted a National Policy Dialogue in November 2021. The dialogue allowed the country to take stock of the progress against its commitments and reaffirm its plans, including committing to putting in place proper administrative and legislative measures and strengthening reporting and response mechanisms to end violence against children. You can read the country’s Ministerial Statement to support the commitments from the National Policy Dialogues here.

Building on a decade of action

These developments build on a decade of dedicated progress for children in the country. In 2014, for example, the government undertook a Violence Against Children Survey (VACS), which analysed children’s experiences of violence across the country. And in 2015, Zambia created both a national policy and action plan for children.

Zambia has also worked to promote children’s participation in child protection issues. The government established the National Coordination Committee for Children and has brought together relevant ministries, specialised state bodies, the judiciary, United Nation agencies, and civil society organisations to collaborate on the most pressing challenges facing children in Zambia – including violence.

Use End Violence’s interactive Country Dashboard to track milestones and progress from Zambia and other Pathfinding countries around the world.