On 12 September 2019, Cambodia became the 26th pathfinding country to make a formal, public commitment to end violence against children.

Approximately 300 people attended the launch and the following donor roundtable, the latter of which convened donors and members of the private sector. During this roundtable, the government shared potential barriers that would inhibit the implementation of a national action plan to end violence against children. These challenges centred on resources, awareness, services, systems and data. Participants noted an insufficient level of specialised knowledge and skills in the country to timely, effectively respond to domestic violence. They also spoke about limited budgets, a lack of human resources, and a lack of services for children experiencing violence, along with a void of specific data on violence against children. Partners discussed ways to help find (and fund) solutions to those challenges.

Cambodia became a pathfinder after years of action to end violence against children. In 2013, for example, Cambodia was the first country in the Asia-Pacific to conduct a national survey on violence against children – the Cambodia Violence Against Children Survey – with support from the US Centers for Disease Control and UNICEF. A few years later, the government developed and implemented the inter-ministerial Action Plan to Prevent and Respond to Violence Against Children, engaging adolescents and young people throughout the development process. And in 2018, the Ministry of Social Affairs, Veterans and Youth Rehabilitation hosted the East Asia and the Pacific Regional Conference towards the Implementation of the INSPIRE: Seven Strategies for Ending Violence Against Children. The conference was the first of its kind in the world.

As part of the partnership’s commitment to innovate, learn and share what works within and between countries, End Violence is exploring a partnership with the Royal Phnom Penh University to build academic support and grow a knowledge base for ending violence against children in Cambodia. In addition, the National Institute of Statistics and End Violence are exploring ways to work together to co-analyse relevant census data. End Violence and the municipality of Phnom Penh are also exploring the pathfinding city concept, which would focus on citywide prevention of violence through the INSPIRE framework.

Within 18 months of becoming a pathfinding country, governments are expected to appoint a senior government focal point to lead the in-country process; convene and support a multi-stakeholder group on ending violence against children; collect, structure and analyse relevant data; develop an evidence-based and costed national action plan that sets commitments for three to five years, along with a related resource mobilisation plan; and consult with children and adhere to partnership standards on child participation. Learn more about pathfinding here. In the coming months, End Violence will continue working with the Government of Cambodia, local universities, and civil society organisations to develop a strategy for promoting and measuring violence prevention in sustainable, context-specific ways.

These two events were hosted by the Government of Cambodia with support from the Global Partnership to End Violence Against Children and UNICEF Cambodia. 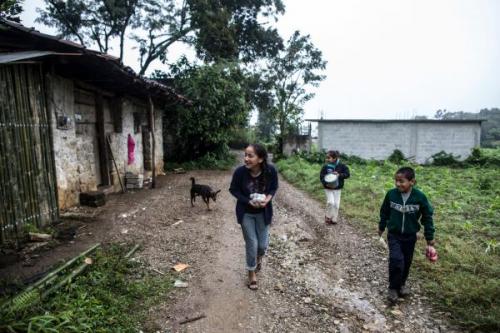 Pathfinding Cities are protecting children at the local level.