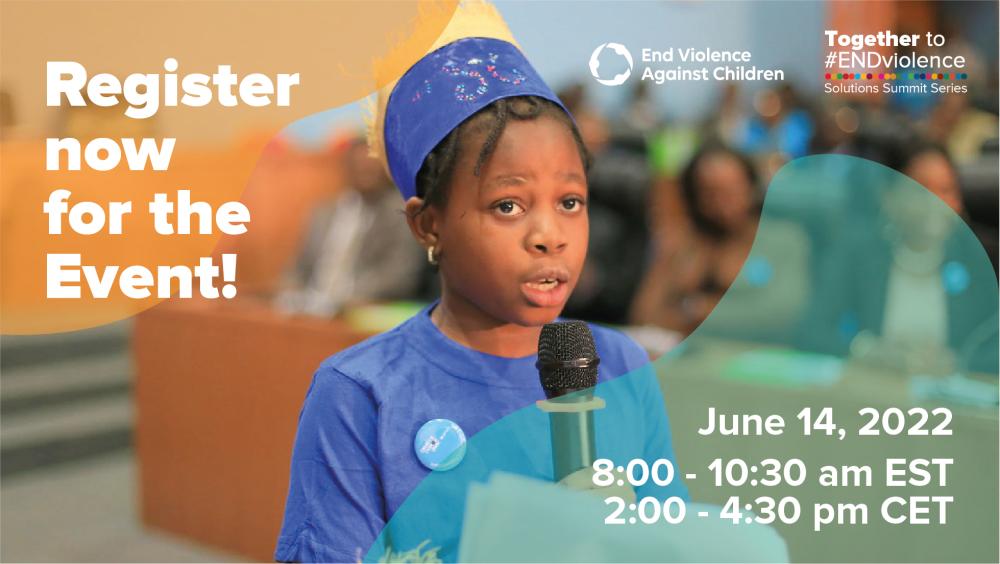 Together to #ENDviolence Leaders' Event

Since its launch in 2020, the Together to #ENDviolence global campaign and Solutions Summit Series has amplified and strengthened the movement to end violence against children.

The culmination of the Together to #ENDviolence campaign and Solutions Summit Series will take place at a centre-piece high-level Leaders’ Event on Tuesday 14th, 2022 – bringing together the end violence community and other critical stakeholders to celebrate progress and provide a global platform for international leaders to make the political and financial commitments needed to accelerate action. 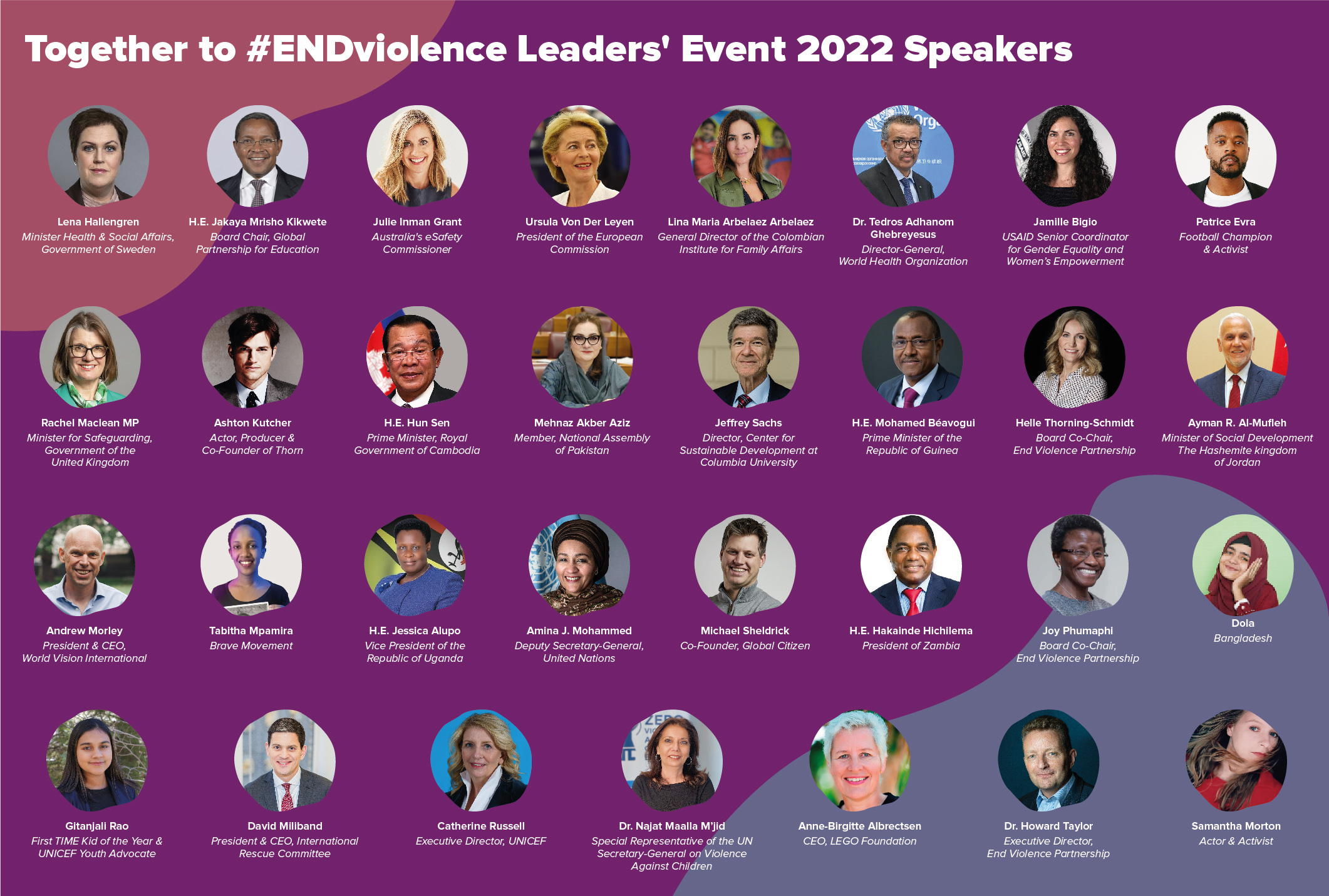 Comprehensive dialogue on the current global context, what works and what needs to be done to end all forms of violence against children in all settings – at home, in schools, communities and online.

From children sharing their perspectives, solutions and calls to action to #ENDviolence to the Deputy Secretary-General of the United Nations, Ms. Amina J. Mohammed and Heads of UN Agencies placing the issue at the heart of the 2030 Agenda;

From adult survivors of childhood sexual violence from the Brave Movement sharing their powerful testimonies and demands, to Ursula von der Leyen, President of the European Commission, and heads of state and government ministers showcasing national and international action to protect children;

H.E. Jakaya Mrisho Kikwete, Chair of the Board Global Partnership for Education will place a spotlight on the importance of all children being safe to learn, and David Milliband will speak about protecting children from violence in conflict settings. Ashton Kutcher will talk about the need to keep kids safe online and his journey to do so and leading economist Jeffry Sachs will address the data, numbers and smart investments for a safer world for children.

The event will host powerful, diverse voices from across countries and expertise – all united by a shared vision of a world without violence against children.

and more to come.

The event will be translated into French and Spanish.

Together to #ENDviolence - progress and momentum

The campaign has created game-changing global policy proposals supported by over 50 international leaders and endorsed by 300 organisations, implemented government-led policy dialogues in Pathfinding countries, and launched a Children’s Manifesto calling for action. The campaign has also placed a spotlight on evidence-based solutions and brought the community together for dialogue and advocacy - through 80 affiliate events convened by 86 diverse partners, alongside a high-level spotlight session held at the Global Forum for Children and Youth (CY21).