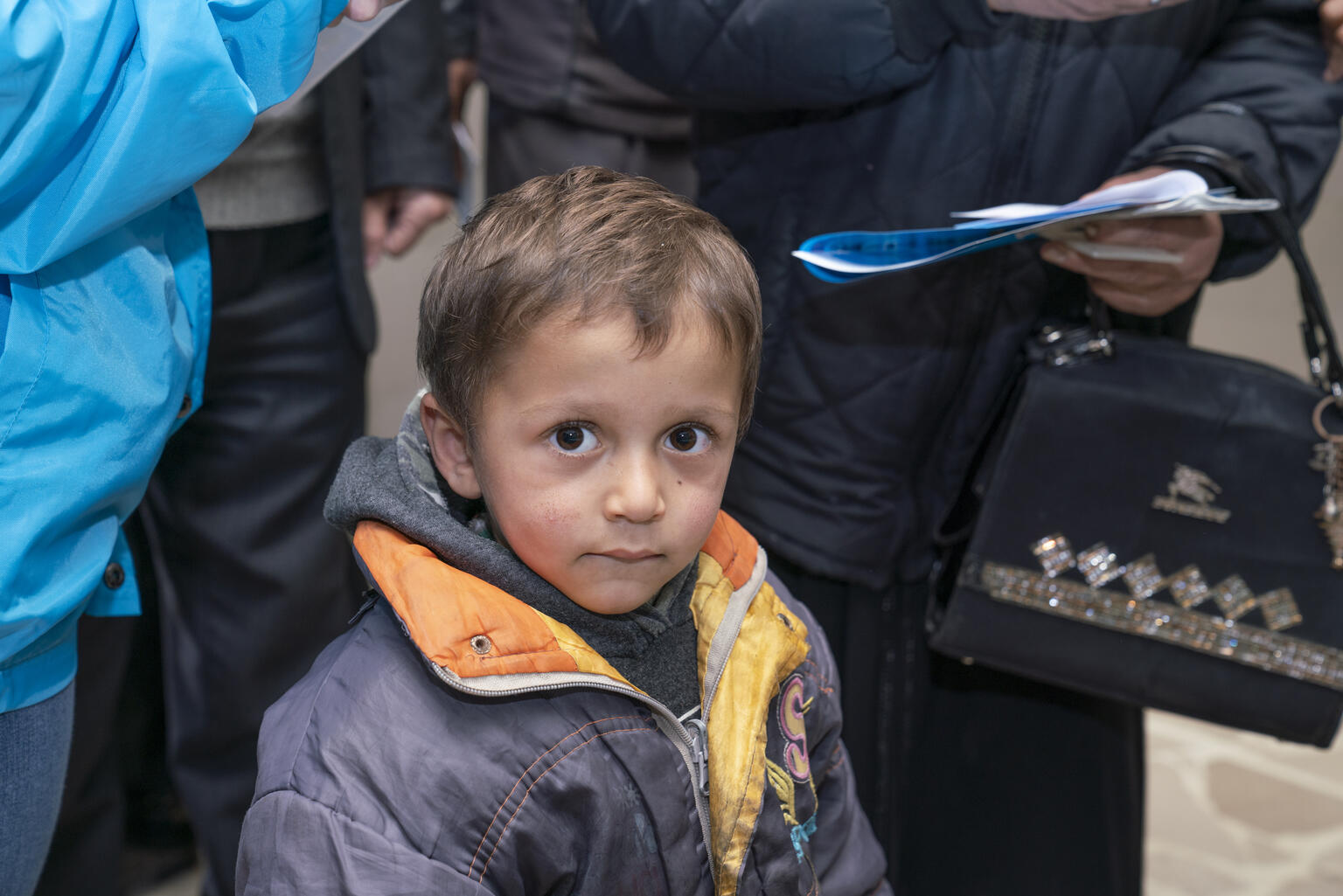 Each year, thousands of children are deprived of their liberty in situations of armed conflict – they are detained by parties to conflict as hostages or recruited for combat. Within five years alone, from 2017-2021, the UN recorded over 17,500 conflict-related detentions of chil­dren. And an overwhelming majority of those detained – 95 per cent – were boys.

These children are at extreme risk of grave violations to their rights and safety, including conflict-related sexual violence (CRSV). This violence is significantly influenced by gender, with boys and girls experiencing CRSV in different ways, with different drivers and distinct vulnerabilities.

A new discussion paper by the Office of the Special Representative of the UN Secretary-General for Children and Armed Conflict studies how boys detained by parties to conflict are exposed to a high risk of CRSV and examines what can be done to strengthen systems and better respond to this issue. It reviews existing data and is based on interviews with individuals working on the issues of CRSV in Afghanistan, the Democratic Republic of the Congo (DRC), Iraq, Nigeria, Somalia, South Sudan, Sudan, Syria and Yemen.

In recent years, the world has witnessed marked increases in conflict, including in the countries covered in the study – with the government’s upturn in Afghanistan increasing violence, conflict-driven fatalities in Somalia reaching the highest levels in 5 years and the prolonged, often neglected crises in all studied countries continuing to violate rights and strain lives. Strengthening response to CRSV is an urgent priority to ensure children’s safety.

The report, delving into root causes and patterns of CRSV, draws out a number of recommendations for improving prevention and response:

Acknowledge the role of gender and other intersectional factors
Gender norms and stereotyping were recognised as consistent drivers for the disproportionate number of boys detained in situations of armed conflict, and it is also what is exposing them to abuse and keeping them silent. Boys are often labeled “terrorists” or “violent extremists” and treated as perpetrators rather than victims of human rights violations.

Fill data gaps
The interviewees in this study reported a concerning lack of real-time data and information on CRSV against boys, which is heavily undermining effective prevention. The report recommends strengthening data collection and analysis by trained professionals and improving information sharing between different actors.

Politically engage all parties to conflict
It is also important to strengthen compliance with parties to armed conflict, making sure they meet international human rights standards. For governments, this includes strengthening juvenile justice laws and systems to protectchildren from violence. For Diplomatic missions and donors, this could mean engagement with national counterparts to support child protection efforts.

Better address the needs of  survivors
The report found “no doubt” among respondents that the issue of CRSV against boys in detention requires dedicated attention and understanding of children’s experiences. It recommends increasing support services for boy survivors of CRSV in detention settings, ensuring skilled staff who can respond appropriately and developing community-based programming for recovery and reintegration of children. And these measures should be supported by adequate funding to be effective.

You can access the full report Strengthening responses to conflict-related sexual violence against boys deprived of their liberty in situations of armed conflict on End Violence’s Knowledge Platform.

In an official statement announcing the report, the UN Special Representative for Children and Armed Conflict and End Violence Board Member, Virginia Gamba states that “understanding the gender dimension of grave violations against children in armed conflict, specifically CRSV, will help to collectively ensure that girls, boys, and all children receive the adequate protection they deserve so that we leave no child behind.”

The latest report builds on ongoing efforts by the UNSRG for Children and Armed Conflict to generate knowledge and evidence on gender’s impact on children’s experiences. Last year, the office released a comprehensive analysis on the ‘Gender Dimensions of Grave Violations Against Children In Armed Conflict’. Read more about it here. And learn more about  End Violence Together to #ENDviolence policy proposal to protect children from violence in humanitarian settings calling on decision-makers to prioritise child protection in all humanitarian response plans, in and beyond conflict settings.