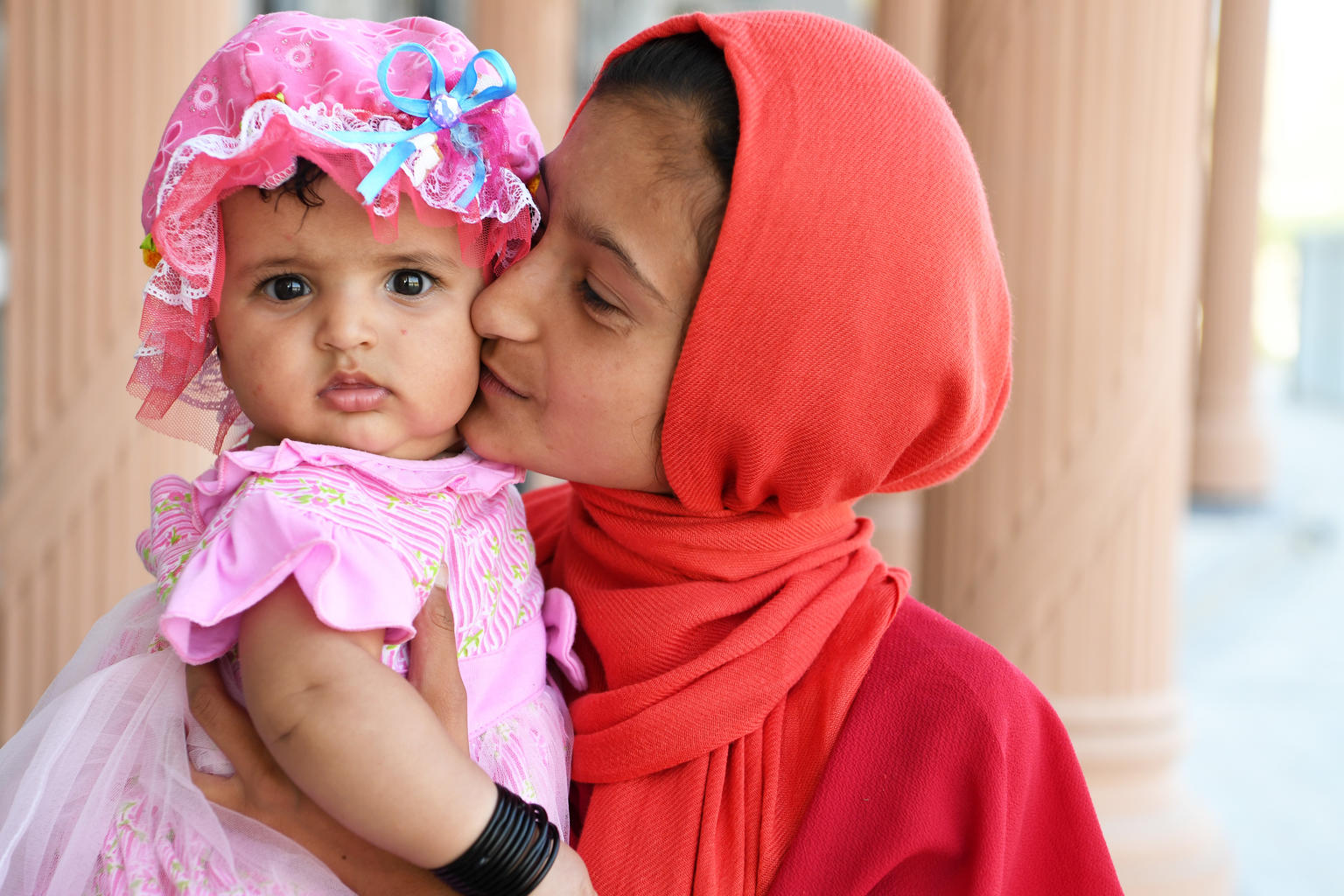 While the first event focused on the need to enact laws that ban corporal punishment of children, the second event focused on what implementation really looks like – and how, with the proper tools in place, ending corporal punishment is actually possible. The event showcased experiences from countries throughout the globe, with speakers like Olivia Lind Haldorsson, Head of the Children at Risk Unit at the Council of the Baltic Sea States; Vice Minister Alejandra Hernandez Quan, the Under Secretariat of Prevention from Honduras; Aruinzaya Ayush, Mongolia’s Minister for Labour and Social Protection; and more. It also highlighted evidence and guidance from both academia and the End Violence Partnership and discussed five concrete steps necessary for implementing an effective law on prohibition.

Though 87 per cent of children are not protected by law from corporal punishment, the number of states achieving reform is growing: today, 62 have prohibited corporal punishment from all settings of children’s lives, and 135 have banned the practice in schools. This event took a deeper dive into how these states have passed – and enforced – such legislation, and what they have learned in the process. In-line with this event, the End Violence Partnership also released new implementation guidance, Laying the foundation for non-violent childhoods: putting prohibition of corporal punishment into practice.

“This year's Together to #ENDviolence campaign is our chance to call for an end to the violent punishment of children,” said Laila Khondkar, Thematic Advisor-Child Protection at Save the Children and chair of the event. “We call on all governments to take the fundamental step in protecting children and building non-violent childhoods and societies – by enacting and implementing the prohibition of all corporal punishment of children without delay.”

Watch the event in full below.

Experiences from the Baltic Sea States

The Baltic Sea States consist of 11 countries – Denmark, Estonia, Finland, Germany, Iceland, Latvia, Lithuania, Norway, Poland and Russia. Of those 11, 10 have prohibited corporal punishment against children in all settings. Olivia Lind Haldorsson, Head of the Children at Risk Unit at the Council of the Baltic Sea States, shared the journeys of those countries. Ms Haldorsson noted that implementing a law against prohibition requires ongoing, long-term and comprehensive activities – ones that are not sporadic and isolated, but broad, and engaging a wide range of actors. Alongside such activities, she noted the criticality of sustainable, active political support, along with evolving national action plans.

She also touched on the importance of non-judgmental campaigns and positive messaging; special efforts to reach the most vulnerable; positive parenting programmes that reflect children’s rights; children’s participation in prevention and response; and multidisciplinary, interagency cooperation for early identification and follow-up of cases. Ms Haldorsson pointed to the Finnish Action Plan for the Prevention of Violence Against Children 2020-2025 as an example of good practice from the region, as it includes 93 measures for prevention of violence against children and minimizing harmful impact.

Vice Minister Alejandra Hernandez Quan, the Under Secretariat of Prevention, Honduras; and Nancy Zúniga, from UNICEF Honduras, spoke about the practical measures to implement the legal prohibition of corporal punishment in their country. Though Honduras legally prohibited corporal punishment against children in 2013, UNICEF and the Honduran Government are continuing to push for positive parenting practices and the end of the practice throughout the country. One way of doing so was through the Apapachame Campaign, a communication for development strategy that seeks to support parents and reject harmful social norms around corporal punishment, including emotional punishment. During the COVID-19 pandemic, they also encouraged communities to report complaints to the National 911 Emergency System, the national police, and other child protection units, incorporating these calls to action within the Apapachame campaign.

Mongolia prohibited corporal punishment in all settings in 2016. Ms Aruinzaya Ayush, Mongolia’s Minister for Labour and Social Protection, spoke about her country’s journey prohibiting corporal punishment and other child rights’ legislation in recent history. Part of that process includes the government’s approval of a national programme for child development and protection, which ensures strengthened coordination between service providers, civil society, and government agencies to improve the child protection system. In addition, expenditures on child development and protection services financed by the state budget have increased 12 times compared to the previous four years, Minister Ayush said, while local child protection budgets have also increased. Learn more about Mongolia’s efforts to end corporal punishment by listening to Minister Ayush below.

Lourdes Febres Chirinos described the work Acción por los Niños, a Peruvian non-governmental organisation, has been doing to end violent punishment in Peruvian families. In Peru, half of all 9–11-year-olds have experienced physical or psychological violence from someone they live with – even though prohibition was enacted in that country in 2015. This staggering statistic showcases the need for continued, coordinated efforts that engage families, children and communities as a whole. Ms Chirinos spoke about the organisation’s work undertaking prevention activities, such as running workshops for parents, training many new positive discipline facilitators, educating teachers about positive discipline approaches, and integrating positive discipline into government public policy. In addition, she spoke about a large public awareness campaign that took place between 2015-2020 with trained journalists spreading messages in Spanish, Quechua and Ashaninka, which used a wide range of communication approaches including television, youth videos, magazines and posters. Find out more about Lourdes presentation and the impressive campaign to end corporal punishment in Peru by exploring the presentation (in Spanish).

Maria Madalina Turza, State Counsellor from Romania, discussed Romania’s experience prohibiting corporal punishment, which was banned in 2004. Today, the government has a dedicated mandate on overseeing the problem of violence against children – including corporal punishment – and the country is currently developing a multisectoral approach to strengthening such efforts. Ms Turza spoke about the organization and implementation of the first national support programme to protect children from violence, especially within homes and online.

As part of this programme, the government is working to put specialists in place on the grassroots level on both prevention and response of violence against children. Romania is also currently developing a national strategy for children’s rights, which is being created in partnership with UNICEF Romania. Ms Turza also discussed the importance of having all stakeholders at the table when working on this issue, including all related government ministries, civil society organisations, and others.

Dr Divya Naidoo shared experiences from both the South African and civil society organisation perspective. South Africa prohibited all forms of corporal punishment against children in 2019 – and Dr Naidoo shared that journey and the steps the organisation took to get there. Step one, she said, was getting buy-in from the Department of Education, and step two securing buy-in from school senior management. Step three was training and mentoring educators, and step four was promoting awareness among children, parents and civil society.

THE FIVE STEPS TO END CORPORAL PUNISHMENT AGAINST CHILDREN

“A prohibiting law sends a clear message that it is no longer acceptable to use any level of violence in raising and educating children – that it is no more legally or socially acceptable to hit a child than to hit anybody else,” said Ms Herbert. “Over time, this clear message begins to bring about a change in attitudes and practices, also helping to increase respect for children across society, and decrease tolerance of all other forms of violence and mistreatment.”

This sentiment was backed up by Dr Joan Durrant, of the University of Manitoba, Canada and Positive Discipline in Everyday Life. The challenge, Dr Durrant mentioned, was creating a new vision of our relationships with children and our role as parents – something that requires a transformation from children as property to children as rights-bearers. Listen to Dr Durrant's presentation below.

To make this ambition a reality, Ms Herbert shared five steps to prohibition, including:

For more on these five steps, explore our new implementation guidance, Laying the foundation for non-violent childhoods: putting prohibition of corporal punishment into practice.

“Violence against children, including its most common form – violence as punishment – is shockingly widespread, with huge, long-term costs both to the individual and society,” said Ms Herbert. “But I think everything we have heard today shows that it is really possible to make substantial progress in eliminating corporal punishment of children – and it is not that complicated. But it does require political will and some long-term commitment.”