SOYVGA is a non-profit, non-governmental organization, that is found in the principles of Human Rights, Dignity Equality, Liberty of every individual. SOYVGA was found by a group of youth-led by Ahmed Nur an activist, whose life was cut short on May 9th, 2012. Ahmed died for his activism of Human rights. SOYVGA was found during the darkest time for Somali people, especially youth, as they were caught between Government and Al Shabab indoctrination.

Eleven years later, SOYVGA is proud of its activism of Global Goals, part of Global Citizens and advocacy. Moreover, we are advocating for inclusion, integration, gender equality. SOYVGA has a stance on Child Rights and Protection of Children, Ending violence against children, the elderly, the disabled, the vulnerable persons, gender-based violence, early marriages and female genital mutilation. SOYVGA is also standing against all types of abuses: mental, emotional and physical to any individual. We strive to the betterment of the lives of youth, children and women/girls by educating and teaching life skills. Our peace program focuses on alternative methods to violence such as integration, dialogue through sports. SOYVGA adopted the Olympic Truce. We hold semi-annual peace and sports cup. SOYVGA is working hard to establish an innovation lab with a library in our centre, where all age groups can be empowered in different times and programs.

One thing that makes SOYVGA proud is that our director is an activist himself. He has been a survivor of abuses as a child and youth. He is a change agent, who teaches youth skills that empower them through social change methods. We are also proud of the international volunteers that we bring as peace and dialogue through integration. They are Somali Youth in different parts of the world, that are willing to learn and exchange knowledge and experience with their peers in Somalia. In 2015, SOYVGA endorsed and became activist for Act4SDGs in Somalia, at the same time teaching SDGs with early technology education to the vulnerable and marginalized Somalis in different towns and in internally displaced camps, with literacy and skills and reading for children. Our other general focus is towards development and humanitarian assistance. 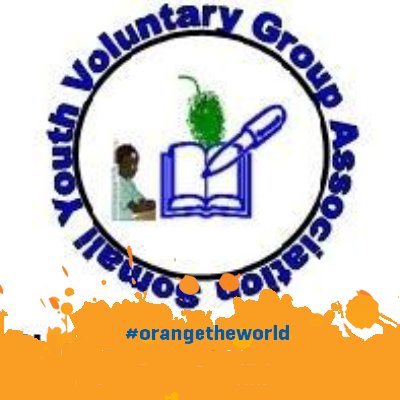