Kenya Alliance for Advancement of Children (KAACR) is a national umbrella body for non-governmental organisations' cooperation and exchange of information on children's rights in Kenya. They have a membership of over 189 child-focused agencies in Kenya.

KAACR, which was founded on the basis of the UNCRC, is a registered national umbrella NGO under the National Non-Governmental Organizations (NGO) Coordination Act of 1990 in 1995. KAACR is an NGO with Special Consultative Status with the Economic and Social Council (ECOSOC) of the United Nations and Equivalency Determination Certification. KAACR envisions a society that protects all the rights of children and youth to survive, develop and participate in all matters concerning them. KAACR’s mission is to advocate for and promote the realization of rights and responsibilities of children and youth in Kenya.

Since its inception, KAACR has taken a lead role among the non-governmental organisation community in advocating for and promoting the realization of the rights of children in Kenya. KAACR pioneered the child participation movement in Kenya through the establishment of child rights clubs in schools and children institutions. The first clubs were established in 1992 in the then Kisumu Municipality as a pilot project and spread to Nairobi Province in 1995.

To make the clubs felt throughout the country, KAACR published a Facilitators Manual for establishing Child Rights Clubs and also inducted a number of organizations on how to start and run the clubs as a way of addressing violence against children. We are also supported child-led movement on creating child-friendly environment in public primary and secondary schools and advocacy against corporal punishment in Coast and Western Provinces. In 2004, we led the participation of Lesson for Life activities of Global Movement for Children (GMC) in Kenya.

KAACR played a lead role in the compilation of Kenya’s initial report on the implementation of the CRC with the support of UNICEF Kenya Country Office. The 1st, 2nd and combined 3rd, 4th and 5th state party reports and the non-governmental organisation supplementary reports were submitted to the UNCRC Child Rights Committee in Geneva, Switzerland and the NGO report on Kenya’s report to the African Committee of Experts on the ACRWC. KAACR supports children-led movements on adolescent health rights, advocacy against negative practices such as early marriage, teenage pregnancies, female genital mutilation (FGM), drug abuse, child participation, Advocating against Child Labour, Alternative to Corporal punishment, Child Protection, Child Rights Governance and awareness in five counties, establishment of County Child Rights Networks across the country and sensitization on children rights beyond the borders in collaboration with children agencies in Musoma, Tanzania, Jinja, Kampala and Masaka in Uganda and in Zanzibar. KAACR is currently undertaking a two-year project on ending violence in and around schools being part of the Learning Convening on Reducing Violence Against Children along with other actors in East Africa. 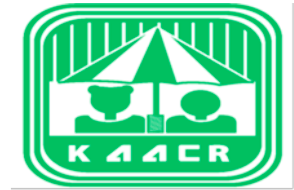