Africans Unite Against Child Abuse (AFRUCA) was established in May 2001 to promote the rights and welfare of African children in the United Kingdom. The charity has grown with 15 members of staff, over 200 volunteers and two offices in London and Manchester. We have a board of trustees of seven members spread across England. AFRUCA is embedded in and has developed out of African communities in England as a response to their realization of the problems African children and families face and gaps that exist within the child protection system for African children in the country. The main focus of our work is child abuse prevention and early intervention. 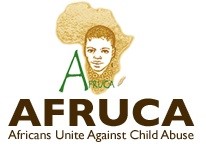