Violence against children, mental health, and the need for increased support for all | End Violence Skip to main content 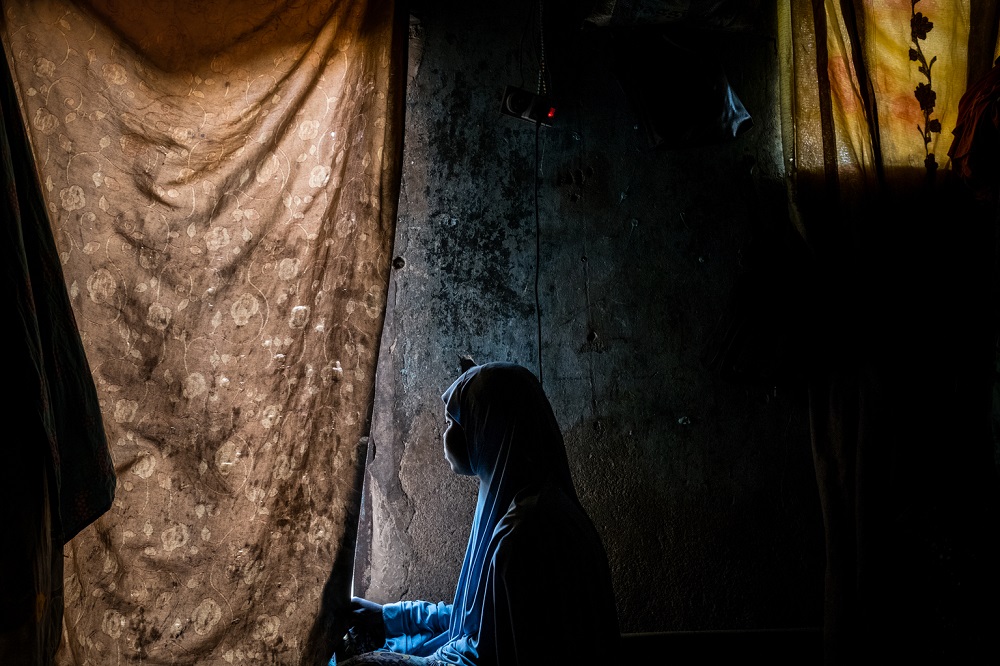 A child in Nigeria looks outside of her house after being displaced from her village due to conflict.

Every year, children around the world experience violence. Whether that be physical, sexual, emotional or psychological violence, all forms of abuse can leave long-lasting impacts on mental health and wellbeing– often, causing a ripple effect throughout a child’s life.

On World Mental Health Day, the End Violence Partnership joins the international community to amplify these issues, recognizing the need to scale-up quality, accessible mental health services for children across the world.

Studies have shown that COVID-19 has exacerbated children’s mental health needs, with up to 43 and 37 per cent of children reporting depression and anxiety respectively. The stigma around mental health makes things even more difficult, and often, children may feel they cannot seek help when they need it most.

Violence has a severe and wide-ranging impact on children’s mental health, including behavioral and emotional disorders, post-traumatic stress disorders; impairments to cognitive functioning; poor academic achievement and anti-social behaviors, clinical depression, anxiety and self-harm behaviors, including suicide. Not only does this make it harder to find and keep jobs and have positive relationships, it can lead to the perpetuation of violence in adulthood.

“The evidence is clear that children impacted by violence, neglect and abuse experience serious long-term consequences to their mental health," said Dr Howard Taylor, Executive Director of the End Violence Partnership. "With school closures and decreased access to services, the COVID-19 pandemic has placed a spotlight on the importance of mental wellbeing. It is now time for the global community to to re-energize our efforts to end violence against children and protect children’s mental health – for every child, everywhere.”

According to one study, adults who were exposed to four or more adverse childhood experiences, such as physical, sexual or emotional violence, were seven to eight times more likely to be involved in interpersonal violence. They were also 30 times more likely to attempt suicide. On top of that, the economic costs of mental health challenges across society are monumental: in 2011, the World Economic Forum found that by 2030, mental health will have cost the world $16 trillion in lost economic output – a number estimated before the COVID-19 pandemic caused rates of mental ill-health to skyrocket. 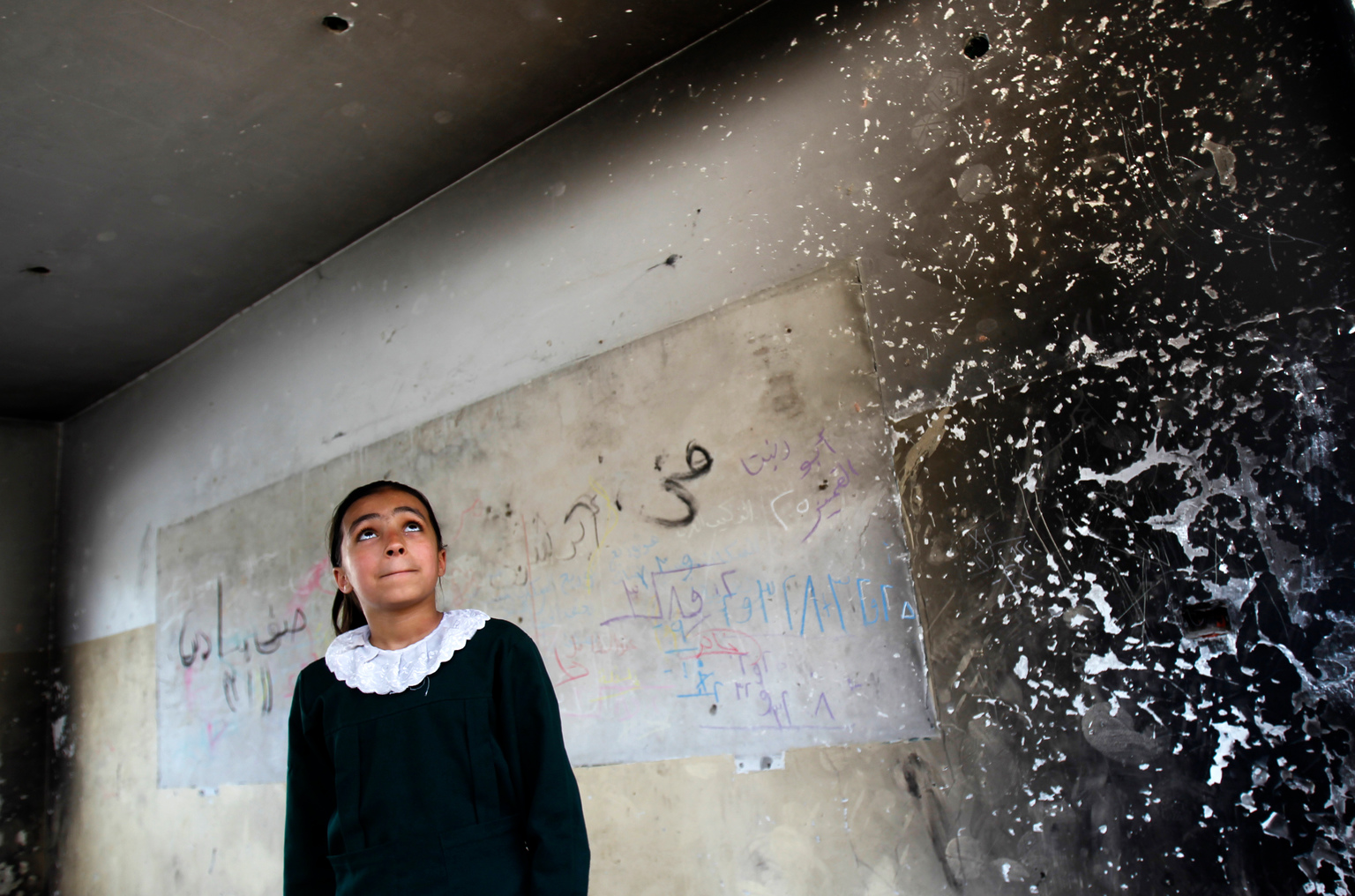 A student looks inside one of the classrooms destroyed by conflict in Gaza, the State of Palestine.

“By the time I was…30 years old, I was not in a good place mentally,” Kamala said. “I was angry, and I was violent. It was hard for people to control me because of my episodes, and once I was out of prison, I had nowhere to go but back to the streets.”

Eventually, Kamala connected with KOSHISH, an End Violence partner in Nepal that works to support people experiencing mental illness, especially those who have dealt with violence.Today, Kamala works as a program officer at the organization, working directly with community members to help individuals recover and rebuild after experiencing trauma and mental illness.

“The most rewarding part of my job is seeing someone go through a journey like mine and playing a role in that transformation,” Kamala said. 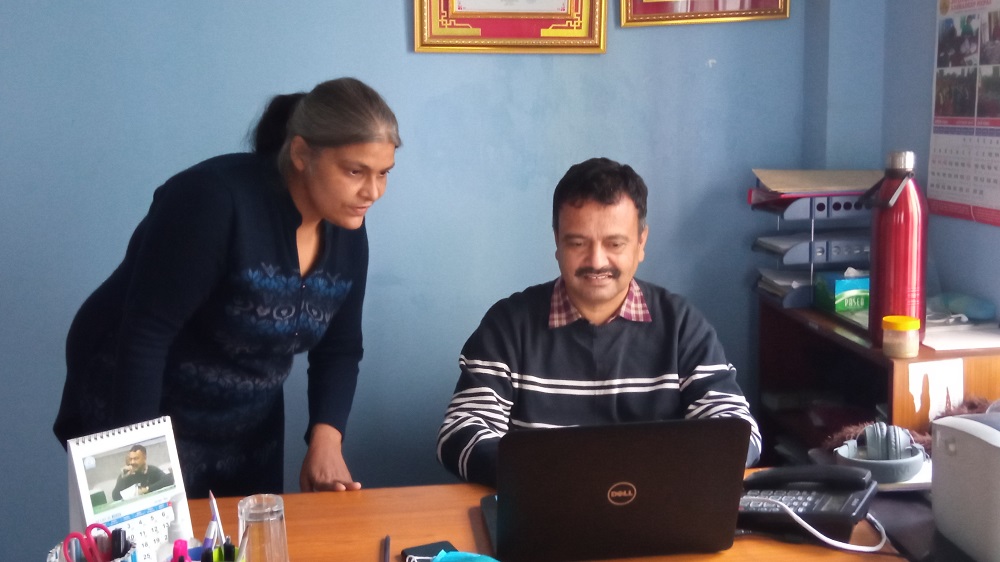 Kamala Poudel works alongside Matrika Devkota, the founder of KOSHISH in Nepal.

Stories like Kamala’s are critical, as they showcase what can happen when mental health support is made accessible to the people who need it most. During the World Health Assembly in May of 2021, governments across the globe recognized the need to scale-up such services, especially during the isolation, loss and challenges of COVID-19.

With more than 20 per cent of the world’s children experiencing a mental health condition, this commitment is needed more than ever so that access to mental health support becomes a reality for everyone.