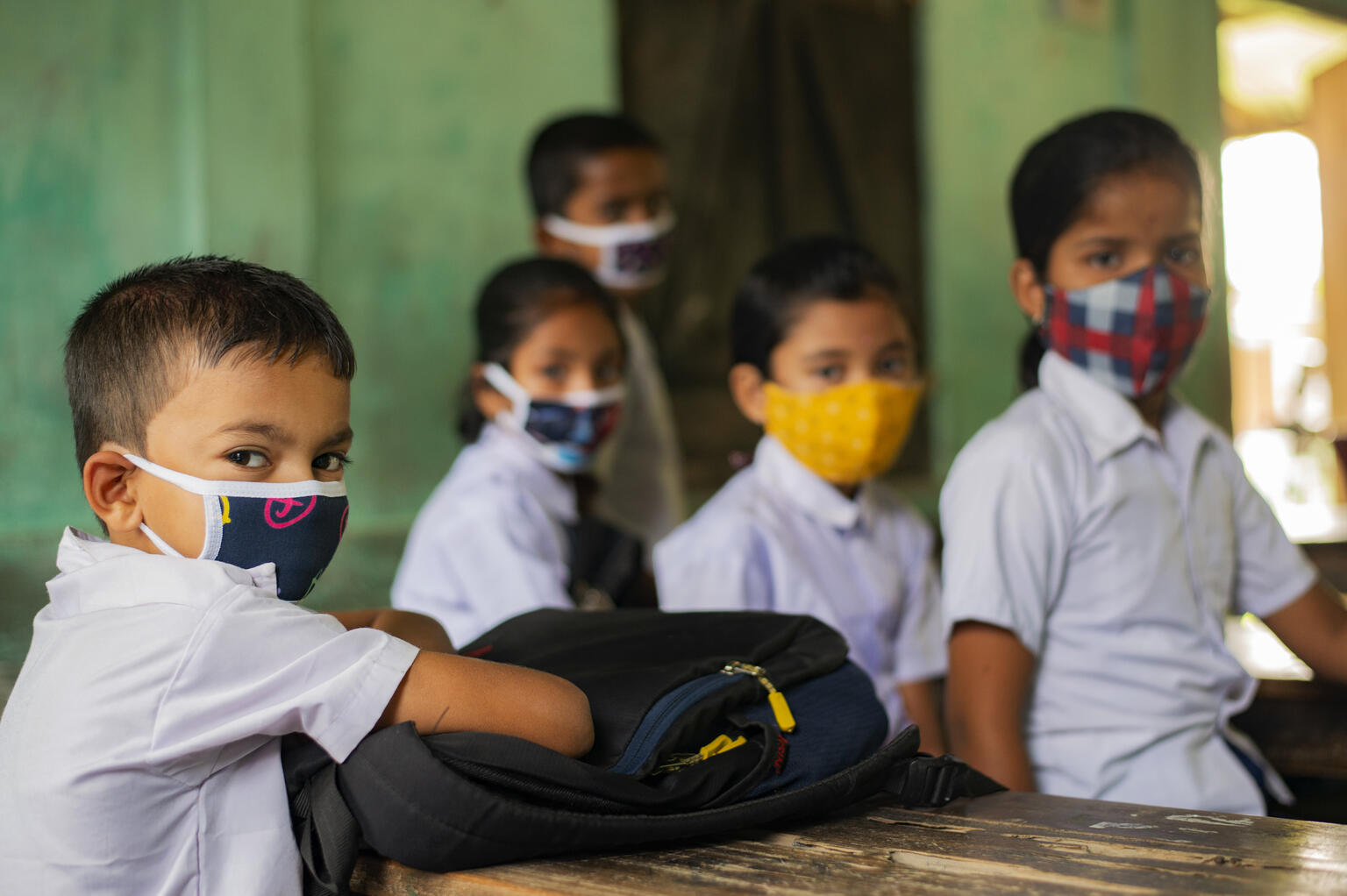 Corporal punishment, or the use of violent forms of discipline, is the most common form of violence against children, happening across countries and settings. When students of a high school in the town of Manyal in Jammu, India saw this happen, yet again, to girls in their school, they decided to make their voice heard and demand an end to the violence.

A teacher in the public school was accused of administering corporal punishment to a group of girls to the point of injury, and the students reported that it wasn't the first such instance. They came together to protest, raising slogans and calling for immediate action against the teacher who perpetrated this. Their voices reached the authorities, and led to the Chief Education Office of the district taking action. Change happens when children take a stand and call for action. Through their protest, they challenged the normalised social acceptance of corporal punishment which lets this violence go on in far too many contexts.

Decades of research have confirmed that corporal punishment is emotionally as well as physically painful and its links to poor mental health in childhood are clear. The evidence has confirmed that the associations – including long-term physical, mental and emotional harm – can last into adulthood.

It happens in homes, care institutions, juvenile justice systems and also in schools, disrupting education and the transformative role it plays in children’s lives. Violence in and through schools takes many forms – including physical, psychological, online, and sexual violence– and is a threat to the right to education. It affects over 240 million children each year on the way to, and at school every year.

In December 2018, more than 100 young people from across the world gathered in South Africa to draft the #ENDviolence Youth Manifesto, demanding global leaders to take action for the children and youth of the world and to end violence in schools. The manifesto was presented to ministers at the Education World Forum in January 2019 in an event co-hosted by the End Violence Partnership, UNICEF and other partners.

These voices were included in the End Violence Partnership’s response to end violence in and through schools. It is children that are at the heart of End Violence’s efforts to create a world where every child grows up in a safe, secure and nurturing environment. We are amplifying the calls to action to decision-makers around the world and catalysing solutions and progress.

The Safe to Learn initiative focuses on ending violence in and through schools with a coalition of major partners from the Education, Child Protection, Violence Prevention and Health communities, supporting collective action and investments to keep kids safe wherever they learn.

End Violence’s End Corporal Punishment initiative is catalysing progress toward the universal elimination of corporal punishment of children. For this, we advocate for, monitor, and provide technical support to achieve and implement law reform to prohibit violent forms of punishment across the world. End Violence has also produced an Implementation Guidance for laws that ban corporal punishment, describing key steps for moving from prohibition to practical elimination.

Alongside this, influential End Violence Advocates are calling for an end to corporal punishment and other forms of violence, in schools and other settings. On 14 June 2022, they spoke at the Together to #ENDviolence Leaders’ Event, which brought together heads of state, UN leadership, royalty, CEOs, children and adult survivors of childhood violence joined by participants from 143+ countries. It was one of the most diverse and influential groups that have ever come together solely to focus on ending violence against children.

H.E. Jakaya Mrisho Kikwete, Chair of the Board Global Partnership for Education, placed a spotlight on the importance of all children being safe to learn, and stressed that we need political leadership to ensure safety is prioritised in education planning.

Mehnaz Akber Aziz, Member of the National Assembly of Pakistan, who has worked to push legislative reform to ensure that children are protected from corporal punishment in Pakistan’s capital Islamabad, spoke on the importance of implementing legislation and its proper implementation. Samantha Morton, Actor & Activist, shared her powerful story of being a survivor of violence in childhood and her motivation to drive change for children. She called on countries to act fast to end violence – including making it illegal to physically discipline a child.

These powerful advocates reinforced End Violence’s evidence-based policy proposals which are calling on governments and donors to act and invest urgently to ban all forms of violence against children, including corporal punishment, and make schools non-violent and inclusive.

And change is happening. 15 countries have endorsed the Safe to Learn Call to Action as a demonstration of their commitment and political will to end violence against children in and through schools, 63 countries have fully prohibited corporal punishment in all settings by law and 50 leaders and 289 organisations have endorsed the Leaders’ Statement supporting the Together to #ENDviolence policy proposals.

Through collective action, advocacy and investment, End Violence will continue to support the calls of children, and work to keep them safe – at home, online, in schools and in communities.

Learn more about the Together to #ENDviolence policy proposals, our End Corporal Punishment initiative and the Safe to Learn initiative.