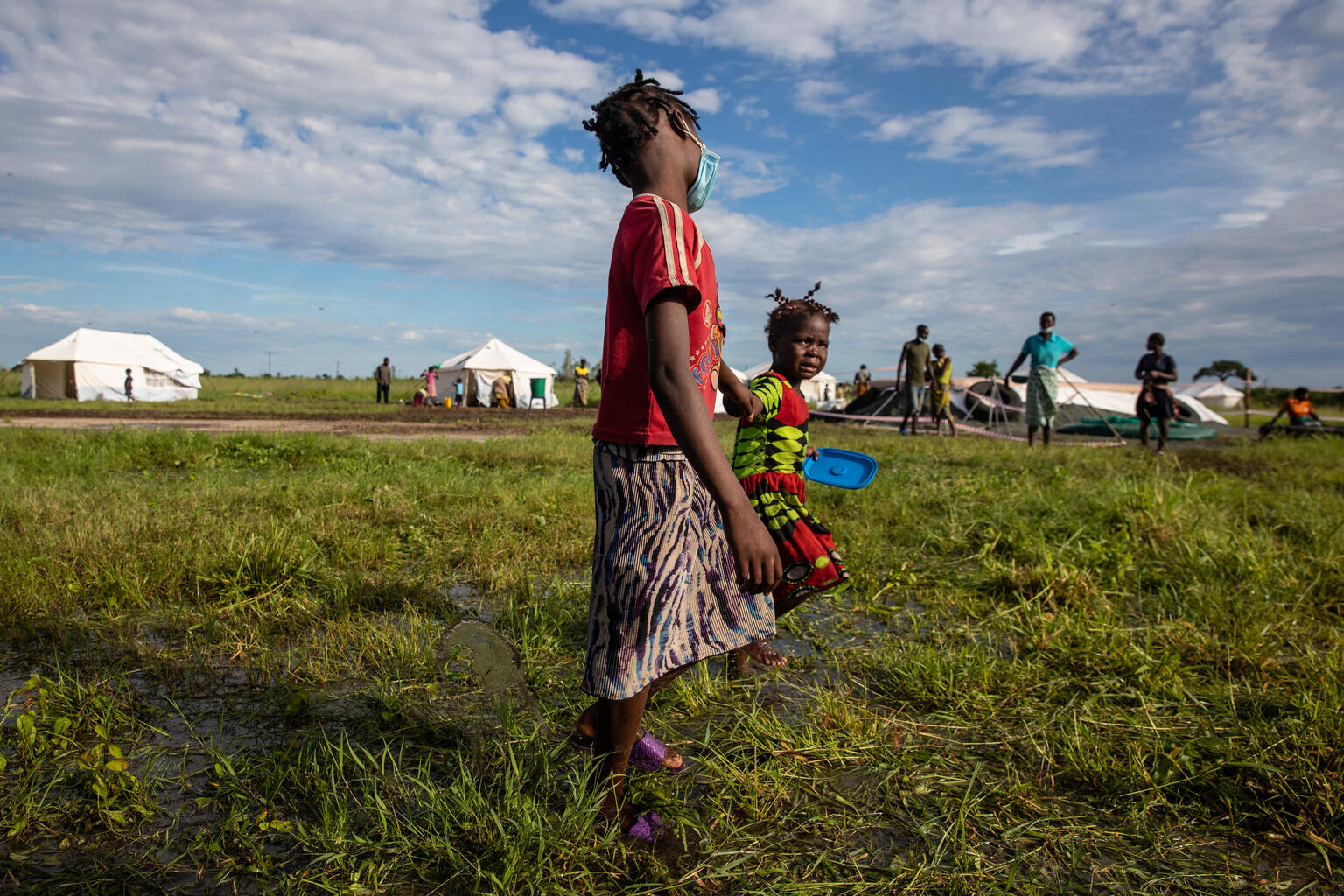 Just this month, Olympic gold medallist Mo Farah shared a shocking and moving account about being a survivor of child trafficking. Millions know and witnessed his journey to become a champion athlete of his generation, but few knew his story.

On this World Day Against Trafficking in Persons, themed “the use and abuse of technology”, the End Violence Partnership is placing a spotlight on the powerful survivors of childhood trafficking speaking out to drive change and the evidence-based solutions being developed and implemented to end trafficking of children.

In a recent documentary, Mo Farah has shared that at the age of nine, he was illegally brought to the UK from Somalia by an unknown woman and forced to assume the identity of a stranger he is known as to this day – Mohamed Farah. As a young boy, he was forced into domestic work.

He could only resume his education at the age of 11, which was transformative. He credits his Physical Education teacher at his school with helping him through his journey, along with a friend’s family that took him in and social workers who helped along the way.

Sadly, there are too many stories like Mo Farah’s around the world, and not all of them move on to have secure futures.

Farah’s story sheds light on the broader system of child trafficking and the grave risks faced by migrant children separated from their families. Conflict, COVID-19, violence and other crises left 36.5 million children displaced from their homes at the end of 2021 – the highest number ever recorded, putting children at higher risk of being trafficked. And new humanitarian emergencies and conflicts such as in Ukraine in 2022 are driving these numbers further up. The number of children among trafficking victims has tripled in the past 15 years. According to the Global Report on Trafficking in Persons 2020, globally, one in every three victims of human trafficking is a child.

But promisingly, more survivors and allies are courageously speaking out.

One such person is End Violence champion Kamala Poudel, who lost her childhood at the age of 5, when she was trafficked and sold across a border. She was sent off with a trafficking ring by her stepfather, forced away from her home in Nepal to a brothel in India, and made to join 50 other girls and women that were trafficked between the countries. Eventually, Poudel escaped from the brothel and slowly made her way back to Nepal, where she had to work on the streets, in exploitative conditions, just to get by.

Today, she is working to make sure no other child lives that fate. She joined a non-profit in Nepal that provides psychosocial therapies and medical treatment to people with trauma and mental health issues – the same organisation that supported her recovery and treatment. Read her story, as told by her.

The Use and abuse of technology

As our lives continue to be increasingly digitalised, both the opportunities and threats to safety are translated online. The 2022 World Day Against Trafficking in Persons coordinated by the United Nations Office on Drugs and Crime has a special focus on the “use and abuse of technology” in human trafficking.

Digital technology can enable trafficking. The internet provides traffickers tools to recruit and exploit. In some countries such as the United States, data shows around 40 percent of sex trafficking victims are recruited online, making the Internet the most common place for victim recruitment. It also creates a global network, allowing traffickers to work together to create international routes and reach potential victims almost anywhere in the world. With one child going online for the first time every half a second, this can put children at great risk of exploitation.

But – technology can also be a powerful tool to impede attempts of human trafficking.

The End Violence Partnership's Safe Online initiative is working to eliminate online harm to children, and protect them from such forms of exploitation. It is investing in technology solutions that are working to tackle online child sexual abuse and exploitation (CSEA) and advocating for policy reform to make the Internet safe for children.

Our work at the global, regional and national levels in over 75 countries has brought to light new solutions, knowledge and evidence on what works – especially through our grantees, Disrupting Harm project and the ground-breaking work that we do with the Tech Coalition Research Fund. This is supported by End Violence’s policy proposal to make the internet safe for children, which calls for government action, including comprehensive child online safety policies, increased investments and commitments to prevent all activities that may harm children online.

In a research project funded by End Violence in partnership with the Tech Coalition, ‘JUSTICE & CARE’ is generating data and evidence for understanding traffickers and pathways to offending, providing analysis and recommendations to better detect, deter, and prevent online child sexual exploitation and abuse (CSEA) in the Philippines.

Safe Online grantee University of Kent is working to prevent online CSEA in Thailand and Cambodia through tech solutions. They are educating children about online exploitation and trafficking through a culturally sensitive digital game, helping children build the skills they need to protect themselves in a safe digital environment.

Our grantees are also working to detect and prevent harm. Child Rescue Coalition’s Project NEMESIS is a technology to tackle “application-based” offenders and “live streaming” child sexual abuse. In the last year, the CRC’s NEMESIS Technology has disrupted four Child Sex Trafficking Networks (CSTs), leading to the arrest of traffickers and buyers and rescued 36 children.

And we are also strengthening systems. The Kenya Anti-Human Trafficking and Child Protection Unit was established with financial and operational support from UNICEF Kenya thanks to a $US 1 million grant from the End Violence Partnership.

Learn more about the issue of online CSEA and End Violence’s response here.

On this World Day Against Trafficking in Persons and beyond, the End Violence Partnership will continue to amplify the powerful voices of survivors, catalyse solutions and knowledge and call for leadership around the world to take action to protect children from all forms of violence, abuse and exploitation.

Read more about the power Together to #ENDviolence Champions and Advocates working to end all forms of violence against children and read more about how the Safe Online initiative is making the Internet safer for children.