Earlier this fall, ChildFund Alliance spoke with children from Nicaragua to New Zealand about their perceptions of violence. Small Voices, Big Dreams is the study created from those conversations, containing the thoughts, feelings and opinions of nearly 5,500 young people in 15 different countries. The findings of the study were striking:

Though many children echo one another – regardless of where they live – the report does highlight socio-economical differences based on location. For example, in Sweden and Spain, more than 85 per cent of children feel safe when they walk alone in their community, while in India and Burkina Faso, areas of transit were considered the highest-risk locations. Across the world, however, 90 per cent of children agreed: to avoid violence against children, adults should listen to what adults have to say. 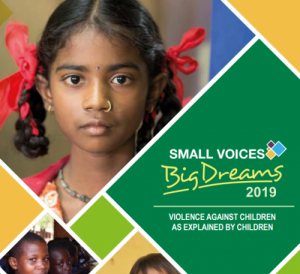