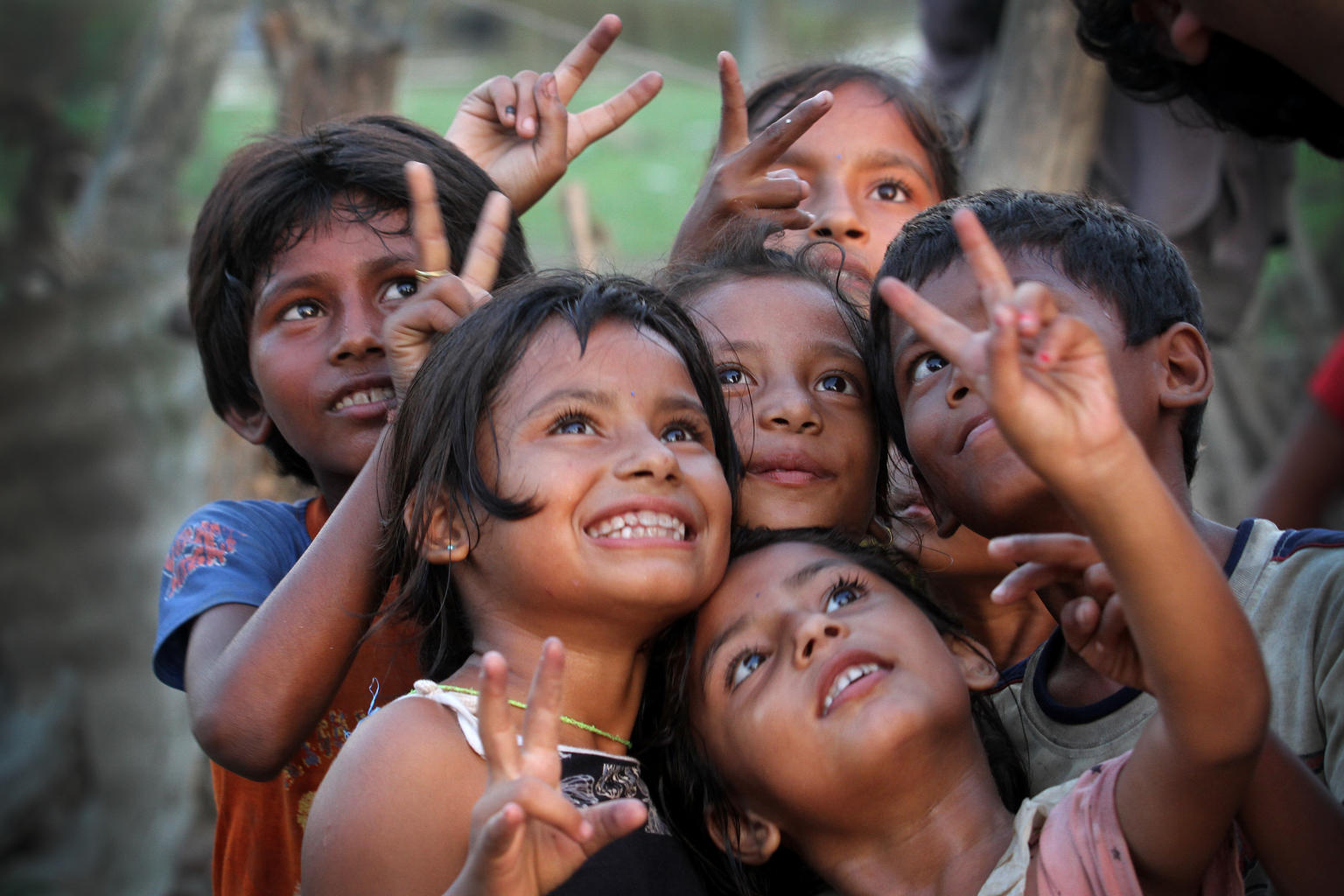 On World Children’s Day, we celebrate the powerful voices and actions of children around the world that are driving social change. From poverty and inequality to ending violence, children have been advocating for change and generational progress. These voices should not only be heard, but also elevated so that decision makers and governments can respond.

The power of children’s voices and actions continue to grow

In Europe, children’s voices were brought right into the policymaking and planning process. Over 10,000 children and young people participated in a consultation to shape the design of the new EU Strategy on the Rights of the Child 2021 - 2024. The European Commission invited children living in Europe and beyond to share their views and committed to having their ideas, solutions and lived experiences feed into the process. Five child rights organizations - ChildFund Alliance, Eurochild, Save the Children, UNICEF and World Vision worked together to facilitate consultations with children across Europe.

To better understand what it is like being a child in the 21st century, the Childhood Project by UNICEF and Gallup carried out a multi-generational, international survey of over 21,000 people around the world. The young were found to be more optimistic than older generations about the present and future state of the world, being 50% more likely to believe the world is becoming a better place. The results revealed the views and readiness for action of today’s children on many issues facing their generation, such as the climate crisis, inequality, CVOID-19 pandemic and mental health.

The Children’s Solutions Lab – a project by two Arigatou International initiatives, Ethics Education for Children and End Child Poverty – aims to empower children to be agents of change by bringing together children and youth from different backgrounds to work collaboratively on various issues facing their generation. This year, it brought together the voices of children from 23 countries on 37 ideas on the negative effects of poverty and came up with solutions to overcome those challenges.

Child Rights Connect has published ‘Together with children, for children’, in order to ensure inclusion and amplification of children in the reporting to the Child Right Committee. This updated guide for civil society organisations empowers children in the ongoing monitoring and implementation of the UNCRC and its Optional Protocols and supports all related activities that are run by, with and for children. This was followed by the United Nations Secretary-General announcing a milestone decision on child rights mainstreaming. Responding to Child Rights Connect’s position paper, the office of the UNSG acknowledged the need for a holistic child rights perspective across the UN System. It stated that the Secretary-General has decided to develop a Guidance Note on child rights mainstreaming within the framework of his Call to Action for Human Rights, marking a clear step to address the current lack of a system-wide approach to child rights.

Speaking out to end violence against children

Survivors of child sexual abuse are speaking up from across the world to address and end the issue. The second edition of the International Survivors’ Survey,which builds on the first set of results released in 2016, aims to encourage more survivors to come forward, increasing present-day understanding of the challenges faced by survivors and their families. Explore the early survey results.

Children and child forums from communities across the world have been advocating to end child marriage whilst taking child-led action to stop child marriages locally. The Children’s participation in ending child marriage: exploring child activism in bangladesh research project by World Vision explores the claims, practices and outcomes of child activism in these countries. The research engaged with 36 child activists from two local Child Forums, as well as girls who had been at risk of being married, their parents and key community members mobilised by the child activists. The findings revealed that children’s activism was having an immediate impact on issues that mattered to children: child marriages were being stopped. It also noted that the activism was not spontaneous mobilisations of unconnected children. These actions arose from previous collective participation and networks between child activists and local officials cultivated over time, highlighting the power and agency children can have in taking action within their communities.