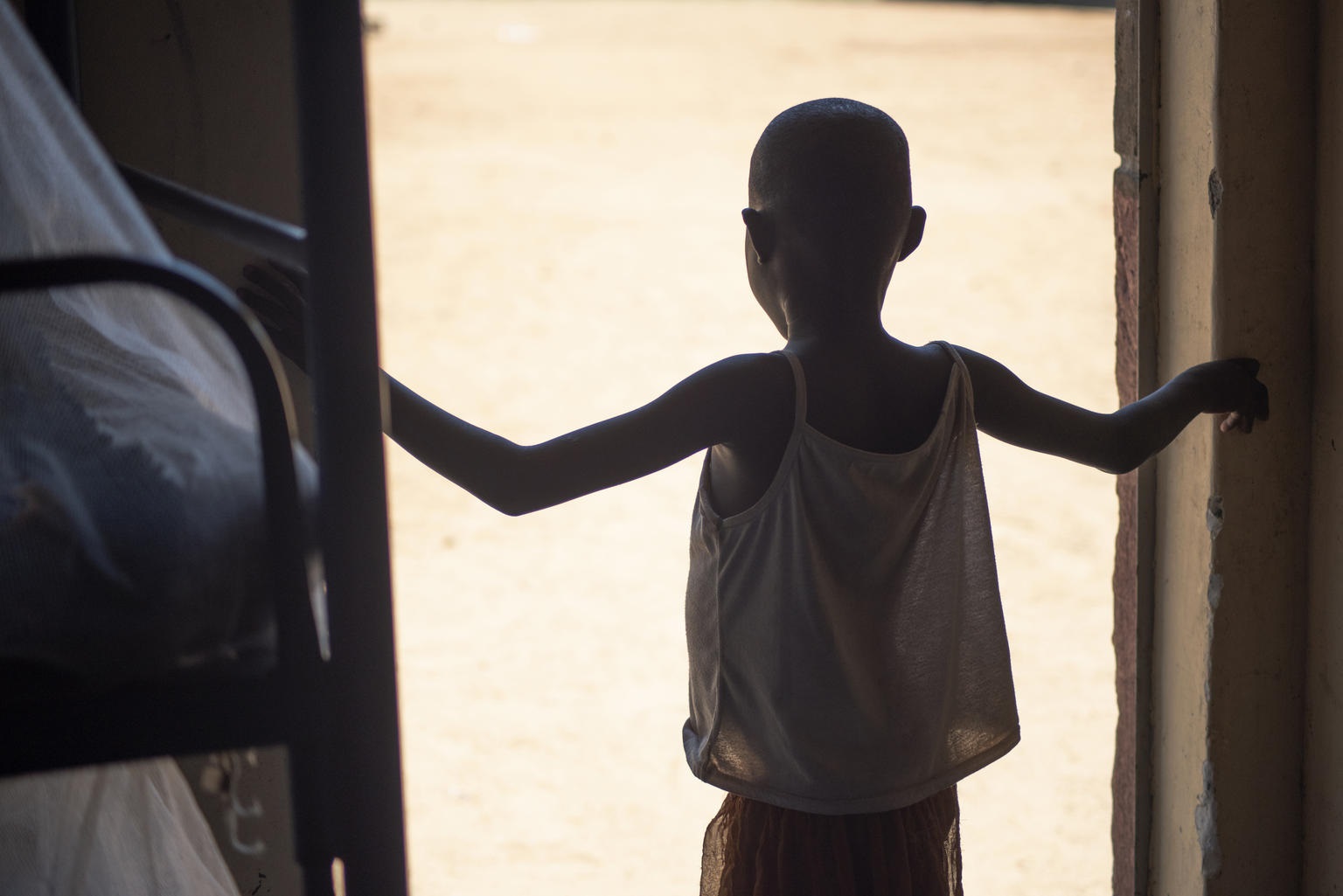 Every year, Alice used to cut 100 girls. She was a traditional practitioner of female genital mutilation (FGM), and as such, her work perpetuated the cycle of the practice in her northeastern Ugandan community. But after learning about an agricultural training programme through an End Violence partner, TPO Uganda, Alice became the one advocating against FGM – and encouraging other practitioners to find new ways to earn an income.

“I am a former traditional FGM cutter,” Alice said. “Now, I teach my group members about the dangers of FGM. People listen to me because I have been successful in farming; some of them have accepted stopping and others are still hesitant, but I continue to talk to them.”

Alice is one of 20 female FGM practitioners that abandoned the practice after engaging in the TPO Uganda programme, Building Resilience in Southern Karamoja. Though the area is prone to flooding, drought and environmental degradation, the initiative worked to help community members overcome such challenges through innovative farming methods, targeting 1,500 individuals organized into groups of 30 members..

Each group was coached in the knowledge and skills necessary to grow high-yielding disease- and drought-resistant crops – and at the same time, were taught about the dangers of FGM, child labour and child marriage.

In northeastern Uganda, up to 90 per cent of girls experience FGM before they turn 18, illustrating the urgent need for behaviour and social norms change to keep children safe. Though globally recognized as a human rights violation, FGM is performed on at least 200 million girls and women, largely due to generations upon generations of gender inequality. This situation became even more dire after COVID-19 began: because of the pandemic and related isolation measures, two million additional cases of FGM are likely to occur within the next decade.

Building Resilience in Southern Karamoja invited those who were directly involved in those practices – such as FGM practitioners and other traditional leaders – to take an active role in such discussions. By integrating topics on children’s protection into lessons on farming, participants were exposed to alternative ways of income generation that don’t put children at risk. As a result, community leaders like Alice now serve as examples for those across her village.

Today, Alice has expanded her farm from one to five acres of land. She has not only stopped practising FGM, but is actively advocating for her daughters’ futures as well.

“I am a change agent now, and because of what I have earned through agriculture, I am able to provide better for my family,” Alice said. “My children are going to be the first educated girls in my village. Then, they too will be change agents in our community.”

This story was shared through Impact and Innovations Development Centre (IIDC), a member of the End Violence Partnership. IIDC is a learning partner that promotes social development innovations that improve the well-being of vulnerable groups in Africa. TPO Uganda is one of nine partners IIDC is supporting in Kenya, Tanzania and Uganda that are working on preventing violence against children. Learn more about TPO Uganda.