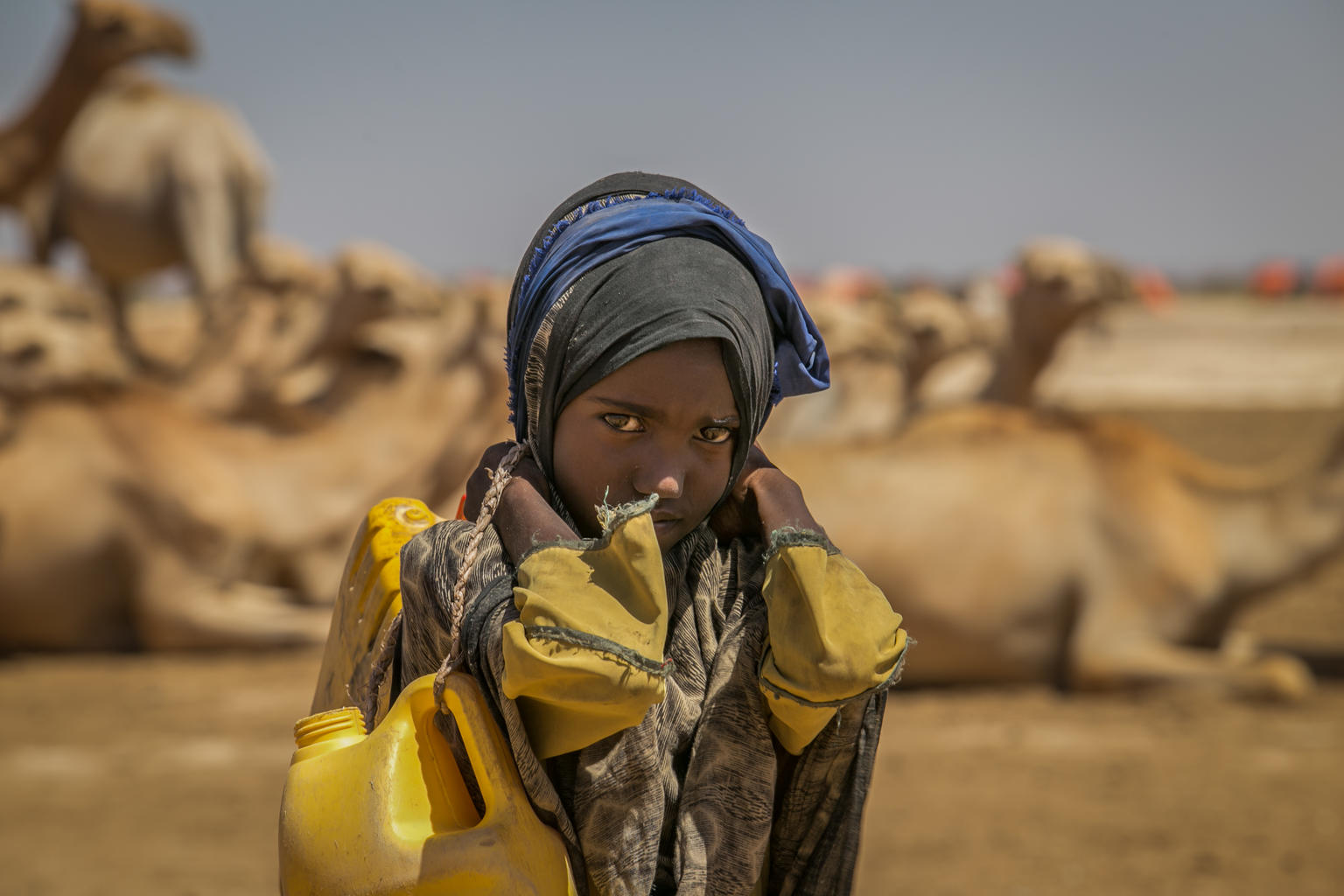 2.2 billion children currently below the age of 18, representing 30 percent of the global population, are growing up experiencing the unfolding impacts of climate change. Around 175 million children are expected to be affected by climate-related disasters every year over the next decade.

Climate change is one of, if not the biggest threat to future generations. The implications cut across all spheres – environmental, socio-economic, health to name a few. It also exacerbates other threats to children’s wellbeing, rights and protection.

In order to understand these linkages, the child rights organisation Barnfonden undertook a study in 2021 analysing existing research on how climate change is undermining children’s safety and increasing incidences and risks of violence.  This report aimed to answer the urgent question: how do effects of and stressors caused by climate change lead to increased child rights violations and violence against children?

The climate crisis is leading to a child rights crisis

Children’s rights are undermined in the face of climate change. The UN Convention on the Rights of the Child (CRC) recognizes the absolute right of children to live in a decent environment, including access to good health, nutritious food and living in safety. But climate change is posing a threat to these rights.

The right to survival is threatened by disasters, conflict and other emergencies driven by climate change. The right to health is undermined by environmental degradation, food scarcity and associated diseases. In contexts where systems and institutions cannot keep up with the impact of climate change, many are deprived of the right to social protection.

Children now and in future generations face the risk of being denied these basic rights necessary for development. The links between climate change and threats to children’s well-being discussed below explore how children are being deprived of these fundamental rights.

Drivers of risk: How climate change is leading to violence

The review of research undertaken in this report found links of how the effects of our changing climate are putting millions and millions of children at risk of violence. Climate change relates to increased emergency and humanitarian threats, droughts, scarcity, natural disasters and rising temperatures. These events have effects on migration, displacement, conflict, livelihoods, food insecurity, psychosocial health and stress, which in turn increase the incidence of many different, often extreme, forms of violence against children:

A recent report by the Lancet carried out an investigation of climate anxiety in children and young people, surveying 10,000 people aged 16–25 years in ten countries across regions. It shed light on the magnitude of psychological stress caused by climate change for children and youth, with almost all respondents (over 80 percent) experiencing stress and worry about the changing climate, and more than half reporting that it affects them in their daily life and functioning.

Looking ahead: what needs to be done

These are just some of the overlaps in violence against children and climate change, based on available research. There is much more that needs to be done – both in building knowledge and taking action.

The current challenges we face are pressing and indicative of more to come. IPCC has stated that global greenhouse gas emissions need to be halved by 2030 and cut to zero by 2050 to avoid the worst impacts, but most countries are not on track to meet these targets. Children across the world will face heightened risks.

The study by Barnfonden made two pertinent recommendations: to fill in the gaps in knowledge and evidence to understand how climate change is increasing violence against children, and to make sure that children’s safety is included in plans and policies to address climate change.

Research gaps need filling. The literature that addresses the direct impact of climate and violence against children is limited. Moreover, the research does not cut across various settings and sectors, and there is a need to generate knowledge collectively.

Action is needed to incorporate children into policy and strategy development in both private and public sectors. Adaptation and response strategies must integrate plans to address all forms of violence against children such as physical, sexual and emotional violence, child marriage, child labour, child soldiering and child trafficking.

Climate change is no longer a threat, but rather a reality. Today’s children stand to face the brunt. The End Violence community must act now, collectively, to ensure that they are safe and secure from all forms of violence, now and in the future.