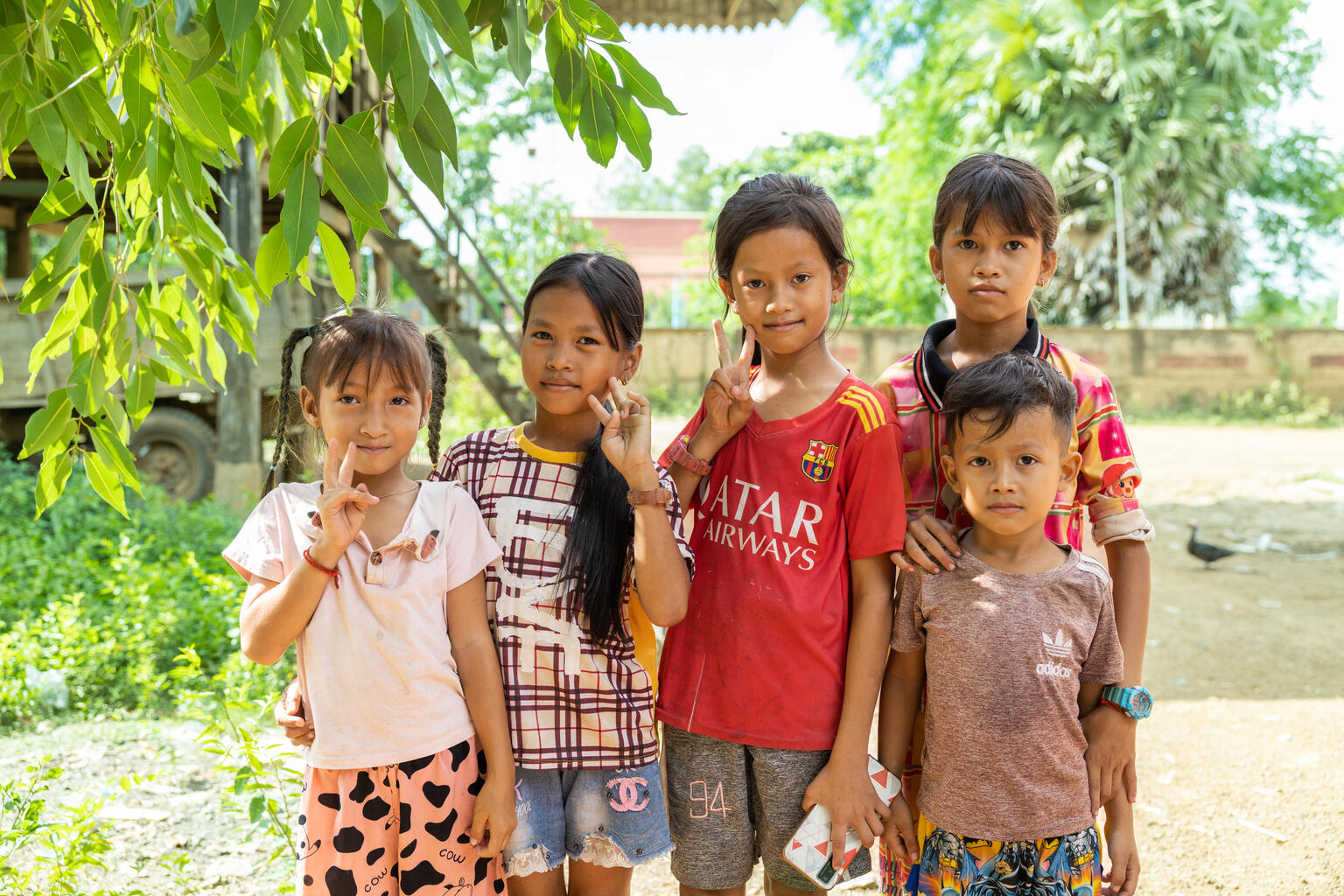 On 16 September 2022, the Royal Government of Cambodia launched the evaluation report for its Action Plan to Prevent and Respond to Violence Against Children (2017-2021). This report is an assessment of the implementation, efficiency and impact of the plan, which aims at reducing violence against all children through expanded prevention interventions, improved response, access to quality services and multi-sectoral cooperation.

National planning and evidence-based strategies can drive large-scale, lasting change within countries. In 2019, Cambodia became a Pathfinding country with the End Violence Partnership, making a formal political commitment to end violence against children through continued and strengthened national action.

The End Violence Partnership and UNICEF supported the country in evaluating the Action Plan. The evaluation recognises the coherent design and effectiveness of the plan across provinces and makes recommendations on better strengthening monitoring, evaluation, multi-sectoral cooperation and financing.

A formal evaluation such as this is an important Pathfinding milestone. Evaluations, data, evidence and learning are critical to accelerating progress – to inform strategic investments, track progress, ensure accountability and enable other countries to learn from Cambodia’s experience. UNICEF and the Cambodian Ministry of Social Affairs, Veterans and Youth Rehabilitation held an event to launch the VAC Action Plan Evaluation Report, which convened government leadership, UN agencies and important national stakeholders in a dialogue. The  Ministerial Decision to extend the plan to 2023 was announced, and the event also discussed the development of a new five-year National Action Plan to prevent and respond to violence against children (2024-2028).

At the launch event, Dr. Howard Taylor applauded Cambodia’s action on its commitments to end violence against children and to implement the National Action Plan and stressed the support of the End Violence Partnership in catalysing and sharing solutions widely.

The Action Plan is part of a larger effort of the Royal Government of Cambodia to strengthen the national child protection system. The country has made numerous efforts to prioritise and tackle the critical issue of violence against children.

Cambodia was the first country in the Asia-Pacific to conduct a national survey on violence against children – the Cambodia Violence Against Children Survey. The government recently organised a national policy dialogue via the Together to #EndViolence campaign and Solutions Summit Series, an opportunity for Pathfinding countries to identify key areas of progress, gaps and priorities in scaling-up evidence-based strategies to end violence against children. They also submitted a Leaders’ Statement that reflected the high level commitment, and presented it on 14 June 2022, at the Together to #ENDviolence Leaders’ Event. The event brought together powerful, diverse advocates calling for more to be done to end to violence against children, including heads of state, royalty, UN leadership, children and survivors of childhood violence. H.E. Hun Sen, Prime Minister of Cambodia, reiterated the country’s unwavering commitment to ending violence against children, highlighting the role of action, cooperation and financing. Watch his remarks.

Cambodia is also committed to providing children with safe learning environments. The country has joined 14 other countries in endorsing the Safe to Learn Call to Action, which sets out in high-level terms what needs to happen to end violence in schools by supporting the implementation of the evidence-based INSPIRE strategies.

You can read the Evaluation Report in English here and Khmer here.

Use End Violence’s interactive Country Dashboard to track milestones and progress from Cambodia and other Pathfinding countries around the world.